World Aerogel Market ,Europe would be the fastest growing region, accounting for the highest CAGR of 34.7% 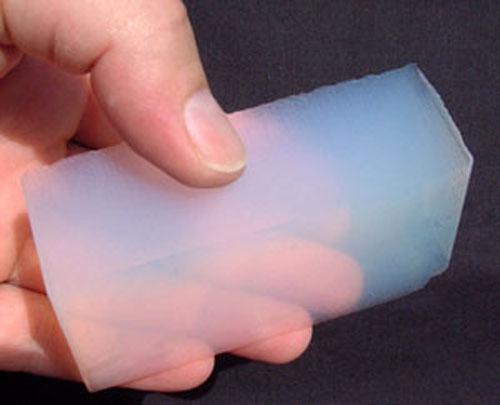 Aerogel is a mesoporous solid foam, derived by replacement of the liquid component of the gel with a gas and is composed of an interconnected nanostructure network with minimum 50% porosity. Though solid, it’s extremely porous, lightweight and low thermal conductivity features make it an ideal insulation material. Aerogel sponge, can be recycled after use, thereby signifying its eco-friendly nature and cost effectiveness. Such features drive its increased usage in many industries, such as oil & gas, aerospace, healthcare, electronics, building insulation and others. High production cost and poor mechanical strength, are likely to hinder the growth of the aerogel market. With advancements and innovations in materials, the world aerogel market is expected to grow rapidly in the near future. However, the adoption of aerogel in newer applications such as apparel, agriculture and power generation, could foster the market growth, during forecast period. The aerogel market is dominated by silica aerogel, which is used in almost all major applications such as oil & gas, building insulation, automotive, aerospace, electronics and others. However, the report segments the market by raw materials such as carbon, alumina and others. In 2014, silica aerogel, garnered more than three fourth share in the world aerogel market. Check Complete Report @ http://www.marketintelreports.com/report/allied0161/world-aerogel-market--opportunities-and-forecast-2014--2021 However, the consumption of carbon aerogel is estimated to be the highest during the forecast period, owing to growing application of carbon aerogel in electronics, semiconductor and super capacitors applications. Moreover, graphene (carbon based) aerogel, could be the ideal raw material for oil absorption application, owing to its extremely low density and hydrophilic attributes. Aerogel market has been segmented by form into blanket, particle/powder, blocks and panel. In 2014, blanket aerogel captured more than 70% share in the total aerogel market, owing to its wide usage in oil & gas, pharmaceuticals and other industries. Based on application, the world aerogel market is segmented into building insulation, oil & gas, aerospace, automotive, health care, chemical, electronics, apparel and others. In 2014, oil & gas application garnered the highest revenue of $157.8 million in the aerogel market and would experience a substantial market growth in the near future. Building insulation application would be one of the fastest growing application segment at a CAGR of 35% during the forecast period. Growing awareness of global warming leads to increased usage of aerogel panel in the newly constructed buildings of developed regions such as Europe and North America. In terms of geography, the market has been segmented into North America, Europe Asia-Pacific & LAMEA. In 2014, the consumption of aerogel in North America, was the highest owing to increasing demand of aerogel for oil & gas and construction applications in this region. However, Europe would be the fastest growing region, accounting for the highest CAGR of 34.7% in the in world aerogel market. Competitive Intelligence, on prominent manufacturers of aerogel, provides key insights on the strategies implemented, to gain a significant share in the world aerogel market. Top market players in world aerogel market are adopting product launch, partnership, expansion as their key business strategies to sustain in the competitive market. Some of the leading manufacturers profiled in this report include Aspen Aerogel Inc., Cabot Corporation, American Aerogel Corporation, Svenska Aerogel AB, BASF SE, Dow Corning Corporation, Airglass AB, JIOS Aerogel, Active Space Technologies and Acoustiblok UK Ltd. Get Sample Brochure of the Report @ marketintelreports.com/pdfdownload.php?id=allied0161 KEY MARKET BENEFITS: The report includes extensive analysis of the factors driving as well as restraining the world aerogel market. • The market projections for period 2014-2021, have been included along with factors affecting the same. • The report also provides quantitative as well as qualitative trends to help the stakeholders in understanding the situations prevailing in the market. • SWOT analysis helps to study the internal environment of the leading companies for strategy formulation. • Competitive intelligence highlights the business practices followed by the leading market players across various geographies. AEROGEL MARKET KEY SEGMENTS: The world aerogel market is segmented as: By Raw Material • Silica • Carbon • Alumina • Others By Form • Blanket • Particle/Powder • Block • Panel By Application • Building insulation • Oil & Gas • Aerospace • Automotive • Healthcare • Chemical • Electronics • Apparel • Other By Geography • North America • Europe • Asia-Pacific • LAMEA Order a copy of World Aerogel Market Report now @ http://www.marketintelreports.com/purchase.php?id=allied0161 About us: MarketIntelReports (MIR) aim to empower our clients to successfully manage and outperform in their business decisions, we do this by providing Premium Market Intelligence, Strategic Insights and Databases from a range of Global Publishers. A group of industry veterans who are well experienced in reputed international consulting firms after identifying the sourcing needs of MNCs for market intelligence, have together started this business savior MarketIntelReports. MIR intends to be a one-stop shop with an intuitive design, exhaustive database, expert assistance, secure cart checkout and data privacy integrated. It curates the list of reports, publishers and studies to ensure that the database is constantly updated to dynamically meet the targeted, specific needs of our clients. MarketIntelReports currently has more than 10,000 plus titles and 35+ publishers on our platform and growing consistently to fill the “Global Intelligence Demand – Supply Gap”. We cover more than 15 industry verticals being: Automotive, Electronics, Manufacturing, Pharmaceuticals, Healthcare, Chemicals, Building & Construction, Agriculture, Food & Beverages, Banking & Finance, Media and Government, Public Sector Studies. Contact us: Mayur S Sales Manager 2711 Centerville Road, Suite 400, Wilmington, Delaware, 19808 United States www.marketintelreports.com sales@marketintelreports.com Telephone: 1-302-261-5343

You can edit or delete your press release World Aerogel Market ,Europe would be the fastest growing region, accounting for the highest CAGR of 34.7% here

05-29-2018 | Advertising, Media Consulting, …
MarketIntelReports
Study on Future Growth Drivers of the Cloud Integration Market
Cloud Integration or integration platform as a service (iPaaS) is one of the fast emerging forms of cloud computing services that are delivered to configure data with various application programs. These application programs range from enterprise risk management (ERM), customer relationship management (CRM), database management system (DBMS), and business process management to web conferencing, and emails, etc. Cloud integration services are especially designed to help organizations of all sizes to
05-28-2018 | Advertising, Media Consulting, …
MarketIntelReports
Analysis of Variables Pushing the Expansion of the Workforce Management Market
Workforce Management is an integrated set of processes that an institution or organization uses to optimize the productivity of its employees on the individual, departmental, and entity-wide levels. This report identifies the Workforce Management market size in terms of value for the year 2014-2016, and forecast of the same for year 2021. It highlights potential growth opportunities in the coming years, while also reviewing the market drivers, restraints, growth indicators, challenges,
05-24-2018 | Advertising, Media Consulting, …
MarketIntelReports
Study on Future Growth Drivers of the Blockchain Market
The blockchain technology market size is estimated to grow from USD 210.2 Million in 2016 to USD 2,312.5 Million by 2021, at a Compound Annual Growth Rate (CAGR) of 61.5% during the forecast period. In the report, 2015 is considered the base year, while the forecast period is 2016–2021. The objective of the report is to define, describe, and forecast the blockchain technology market on the basis of providers, applications, deployment
03-20-2018 | Business, Economy, Finances, B …
MarketIntelReports
Glass Bonding Adhesives Market by End-Use Industry (Furniture, Electronics, Medi …
The use of adhesives and glues as a bonding agent between glass and other materials is increasing now a days. The glass bonding adhesives has a wide range of applications in automotive industry for bonding the glass in vehicles, manufacturing of water tanks and optical glasses, bonding of window glass to frame or structure etc. The selection of a suitable adhesive for proper bonding of glass depends upon various factors