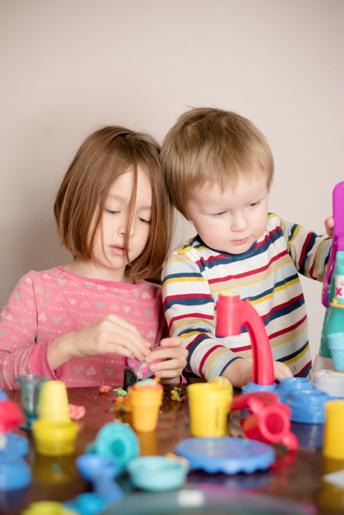 On July 18, 2016, the World Trade Organization (WTO) circulated a notification from the European Union (EU) signifying their intention to strengthen the restrictions on bisphenol A (BPA, CAS 80-05-7) in certain toys. This announcement signals the intention to increase the restrictions detailed in Directive 2014/81/EU, which came into effect in December 2015. The new draft Directive seeks to strengthen the migration limit for BPA, under Toy Safety Directive 2009/48/EC (TSD) and relates to toys for children under 36 months and to toys which are intended to be put into the mouth. The new regulation will increase the migration limit for BPA from 0.1 mg/L to 0.04 mg/L. It is proposed that the draft Directive will be adopted in Q4 2016, with an effective date 18 months later, in Q2 2018. The revision in BPA migration limits in certain toys, follows a meeting of the ‘Chemicals’ subgroup of the European Commission’s Expert Group on Toys Safety on October 1, 2015. During this meeting, the latest scientific data and refined methodologies concerning BPA were reviewed and the new limit of 0.04 mg/L was recommended. This recommendation was upheld at the full Expert Group on Toys Safety meeting on January 14, 2016.The latest EU notification regarding BPA follows previous announcements, published in early 2016 by the WTO, which looked at restricting BPA in thermal receipt paper, under Annex XVII of REACH, and increasing the migration limit of BPA in food contact materials by a factor of twelve. SGS EU Toy Safety Directive Services SGS offers a wide range of services to ensure that your products comply with the EU Toy Safety Directive. We offer training, safety/risk assessment, technical documentation check, labelling review, testing according to harmonised standards, SVHC screening, inspections and audits. SGS maintains a global presence of around 20 toy labs, including 3 EU Notified Bodies (France, Germany and Netherlands). Learn more about SGS’s EU Toy Safety Directive Services (www.sgs.com/en/consumer-goods-retail/toys-and-juvenile-products/toys/eu-toy-safety-directive)SGS SafeGuardS keep you up to date with the latest news and developments in the consumer goods industry. Read the full EU Proposes to Strengthen BPA Migration in Certain Toys SafeGuardS. (www.sgs.com/en/news/2016/07/safeguards-13316-eu-proposes-to-strengthen-bpa-migration-in-certain-toys) Subscribe here, www.sgs.com/subscribesg, to receive SGS SafeGuardS direct to your inbox. For further information contact:Hingwo Tsang Global Hardlines Information and Innovation Manager Tel: (+852) 2774 7420 Email: cts.media@sgs.com Website: www.sgs.com/toysAbout SGS SGS is the world’s leading inspection, verification, testing and certification company. SGS is recognized as the global benchmark for quality and integrity. With more than 85,000 employees, SGS operates a network of over 1,800 offices and laboratories around the world.Union Street Flimwell East Sussex TN5 7NY

09-21-2021 | IT, New Media & Software
SGS
Experienced Willy Fabritius Joins SGS
With over a quarter of a century of experience in IT, information security and international standards, Willy Fabritius has joined world-leading testing, inspection and certification company SGS. Willy accepted the role of Global Head of Strategy and Business Development, Information Security Assurance this summer. He says: “I am delighted to join SGS, which has the incredible reputation of providing superb information security solutions across the world. “I will use my in-depth knowledge
03-16-2021 | Business, Economy, Finances, B …
SGS
SGS opens doors to new markets with publication of latest ‘Global Access Progr …
SGS, the world’s leading inspection, verification, testing and certification company, is pleased to announce publication of the latest version of its Global Access Program (GAP) for Electrical & Electronics Products white paper. With the continuous growth of worldwide trading business, and more countries and regions establishing their own type-approval systems, the GAP white paper has become an essential reference for Electrical & Electronics (E&E) manufacturers and importers looking to reach new
08-06-2020 | Business, Economy, Finances, B …
SGS
Ecuador Issues Revised Draft Technical Regulation on Food Contact Ceramics
Ecuador has announced a revised proposal that, if accepted, will update its technical regulation for food contact ceramics. The latest proposal, designated Ecuadorian Technical Regulation RTE UNEN 010 (2R) – ‘Ceramic Tableware Intended to Come into Contact with Food’, was circulated attached to World Trade Organization (WTO) document no. 20-4675 on July 8, 2020. It has a new structure and contains several important changes, including: • Revision to existing definitions and
06-24-2020 | Business, Economy, Finances, B …
SGS
SGS puts Consumer Trust at the Heart of its new Brand Awareness Campaign
SGS, the world’s leading inspection, testing and certification company, has today launched ‘Trusted. Tested.’ – a high impact, brand awareness campaign to engage consumers in the vital role of testing, inspection and certification on the everyday products they purchase. With the strapline ‘It’s only trusted because it’s tested’, the campaign showcases more than 50 everyday products that typically pass through SGS’s testing laboratories – from lipsticks and shoes to mobile phones

06-21-2018 | Science & Education
Ethoxylated Bisphenol A Market Report 2018
Ethoxylated Bisphenol A Market Report 2018: Segmentation by Product (BPA-2EO, BP …
Global Ethoxylated Bisphenol A market research report provides company profile for Hannong(KR), Yixing Hongbo(CN), Huangma(CN), Precede Chem(CN), BASF(DE), Kao Corporation(JP), Kowa Group(JP) and Others. This market study includes data about consumer perspective, comprehensive analysis, statistics, market share, company performances (Stocks), historical analysis 2012 to 2017, market forecast 2018 to 2025 in terms of volume, revenue, YOY growth rate, and CAGR for the year 2018 to 2025, etc. The report also
06-07-2017 | Business, Economy, Finances, B …
SGS
New European Restrictions on BPA Migration Limits in Certain Toys
The European Union (EU) has published new restrictions on the permissible migration limits of bisphenol A (BPA) in toys intended for children under the age of 36 months and for other toys intended to be placed in the mouth. The new regulations will strengthen the restrictions by 2.5-fold, decreasing the lawful limit from less than or equal to 0.1 mg/L to less than or equal to 0.04 mg/L. The testing standard
03-24-2017 | Associations & Organizations
REPORTHIVE.COM
Overview of Bisphenol (BPA) Companies in China
This study focuses on China’s Bisphenol (BPA) industry assessments and company profiles. In the two past decades, the industry has been growing at a fast pace. The dramatic expansions of the manufacturing capabilities and rising consumer consumptions in China have transformed China’s society and economy. China is one of the world’s major producers for industrial and consumer products. Far outpacing other economies in the world, China is the
01-16-2017 | Business, Economy, Finances, B …
SGS
BPA in Thermal Paper Restricted Under REACH
The European Union (EU) has implemented a new law to restrict the use of bisphenol A (BPA) in thermal paper. The new directive, published as Regulation (EU) 2016/2235, limits the permissible amount of BPA to no more than 200mg/kg and will become effective on January 2, 2020. The new law creates a new entry, number 66, in Annex XVII of REACH. Thermal paper is defined as a paper base with at
07-20-2016 | Business, Economy, Finances, B …
SGS
EU Plans Restriction on BPA in Thermal Papers
The EU has proposed a restriction on BPA in thermal papers. It is expected that this regulation will come into effect in mid-2019. The World Trade Organization (WTO) has circulated a notification from the European Union (EU) regarding its intention to restrict bisphenol A (BPA). The draft regulation, attached to WTO document 16-2246, was published on April 21, 2016, and will create a new entry under Annex XVII of REACH. It is
02-02-2011 | Business, Economy, Finances, B …
Eco Vessel
BPA Free and Recyclable Stainless Steel Water Bottles from EcoVessel
Eco Vessel, a leading manufacturers and supplier of personal hydration products, offers BPA free and recyclable stainless steel water bottles at cost-effective price. 01 Feb 2011: How to reduce the carbon footprint and make the environment safe is a major concern globally. People globally are making every effort to reduce the production of harmful gases and carbon footprint. In order to alleviate the impact of carbon footprint to some extent, http://www.ecovessel.com,
Comments about openPR
OpenPR ist the nicest and most clearly laid out PR platform I have seen to this day. The press releases are displayed very nicely and clearly and without any unnecessary frills. The updates are fast and the finished release looks appealing and is clearly legible. Even with 16 years of experience one discovers new things from time to time. Congratulations!
Gabriele Ketterl, Director Marketing & PR, Menads