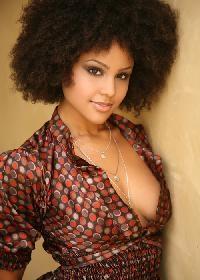 Los Angeles, CA (January 10, 2007)— NBC’s “Deal or No Deal” knockout, Hayley Marie Norman will be starring in the ensemble cast of Trailer Park of Terror, a part of the 2008 Slamdance Film Festival showcase. Norman will play the part of Amber, an available, trashy, queen bee. Amber is a girl who is quick to establish her territory and her female dominance. She is quick with the put downs, intolerant of perceived weakness in others; a hard boiled chick who dispenses with ceremony and goes straight for the jugular. Based on the popular Imperium Comics series, Trailer Park of Terror is about six troubled high school students and their chaperon, an optimistic youth ministries Pastor, returning from an outdoor retreat in the mountains. During a raging storm, their bus crashes, leaving them stranded in the middle of the “Trucker's Triangle”-- an area of utter evil in the middle of nowhere. The group finds shelter overnight in an abandoned trailer park. When the sun sets, terror finds them in the form of Norma, a damned redneck reaper who dispenses vengeance and death aided by her cursed companions, a bloodthirsty brood of undead trailer trash. “I have to say that as fun as this film was to shoot, it was equally as freaky sometimes,” says Norman. “The nights were cold and creepy and some of my screams were actually real! I am excited that the film will be a part of the 2008 Slamdance Film Festival. This film deserves some recognition—everyone involved was brilliant.” Although Norman has been successfully working in the industry since her pre-teens, throughout 2006 and 2007, Norman catapulted in fame when she landed TV roles such as: “The Young and The Restless,” “Shark,” “Studio 60 on the Sunset Strip,” “Sons & Daughters,” and appeared in feature films including “Norbit” and “Cordially Invited.” However, the project that made Hayley a household name was the hit NBC TV show, “Deal or No Deal” (DOND) hosted by Howie Mandel. As a fresh new face blooming in the film and television industries, Hayley Marie Norman is a star that is on the rise, and someone certainly to be watched in 2008. This summer, Norman will be seen in the film “Hancock” alongside Will Smith and Charlize Theron. Two other films that she has had cameos in, “Jelly” and “Broken Windows” will also be released this year. For more information on Trailer Park of Terror, please visit www.trailerparkofterror.com and check out the trailer. For story opportunities and interview requests with Hayley Marie Norman, please contact her publicist Mona Loring at (805) 231-3182 or mona@monaloring.com. -30- MLC PR PO BOX 1096 Agoura Hills, CA 91376 Mona Loring, Publicist 805-231-3182 contact@monaloring.com www.monaloring.com MLC PR is a top-tier public relations firm specializing in literary, lifestyle and entertainment communication services. Our clients include celebrities from TV, film and music, authors and publishing houses, medical professionals, industry experts and various businesses.