Gary Paul Corcoran Announces Release Of New Novel, 'Postmark: Paris — Destination: Unknown', A Riveting Portrait Of Young Love In The Sixties And That Generation’s Restless Odyssey Across The Globe 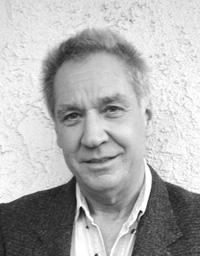 Critically acclaimed author Gary Paul Corcoran has announced the release of 'Postmark: Paris—Destination: Unknown'. The latest offering by Corcoran weaves the themes of love and war and sixties era hedonism into a riotous odyssey across the globe, a tapestry that baby boomers will find irresistible.It is the summer of 1969 and Eva Gabriele, a young woman of privilege, is off touring the Continent with a group of her friends. Paul Daly, her boyfriend from the wrong side of the tracks, has been left behind to work and pine and count the days until Eva's return.When a telegram arrives, announcing that Eva is pregnant, Paul rushes off to intercept her, barely a hundred dollars to his name and no return ticket, yet determined to build a happy life for them with the help of Eva's rich uncle in Italy--hopes that are soon dashed when Paul learns that Eva's pregnancy has been aborted.Swept across the Seven Seas by mere caprice, or so it would seem, Paul is left to forge ahead alone on his unexpected journey, from Paris to Pamplona, Barcelona to the Balearic Islands and on to the coast of Cinque Terra, one wondrous adventure leading to another, Paul's youthful dreams of travel fulfilled, yet with the mystery behind Eva's purported pregnancy still riddling him with suspicion. Was she ever with child? And, if not, why would she engage in such a cruel deception?“The story was always there to write," Corcoran stated, "a young man’s fate cast across the globe by young love, but it was not until the subject of this tale came up in a late night discussion with an old friend and the question was posed, ‘And you’ve never written this story…because?’ that the creative frenzy was set in motion.”Reviewers have enthusiastically endorsed the book. In a recent Amazon review, a reader stated, “Gary's writing is exceptional. If you grew up in the sixties, it will take you back in a minute. The insecurities of youth, the trepidation of the Vietnam War, the naiveté of some young women. Gary weaves the story so expertly, you can almost smell the hash. A must read for baby boomers."'Postmark: Paris—Destination: Unknown' is available at Amazon in both Kindle and paperback formats. For free review copies, media interviews or general information, Gary Paul Corcoran can be reached by email at gpcorcoran@yahoo.com or via the contact form on his author’s website.The product of an Irish/Italian family, Mr. Corcoran was transplanted as a boy from the clapboard New England of his youth to the stucco subdivisions that began to litter the disappearing ranches and orange groves south of Los Angeles in the 1960s. True to his rebellious nature and the folk music/coffee house idealism that helped shape his early worldview, Mr. Corcoran chose to resist the Vietnam War, was a man without a country for several years as the result and can count incarceration in a Mexican prison as one of his many colorful experiences from that era. Having pursued a love of reading and writing in one form or another all his life, Mr. Corcoran finally took this passion seriously at the turn of the millennium and has dedicated the remainder of his days to authorship.Mr. Corcoran currently resides in Rhode Island.PO Box 1613 Shallotte, NC 28459 http://www.garypaulcorcoran.com

You can edit or delete your press release Gary Paul Corcoran Announces Release Of New Novel, 'Postmark: Paris — Destination: Unknown', A Riveting Portrait Of Young Love In The Sixties And That Generation’s Restless Odyssey Across The Globe here