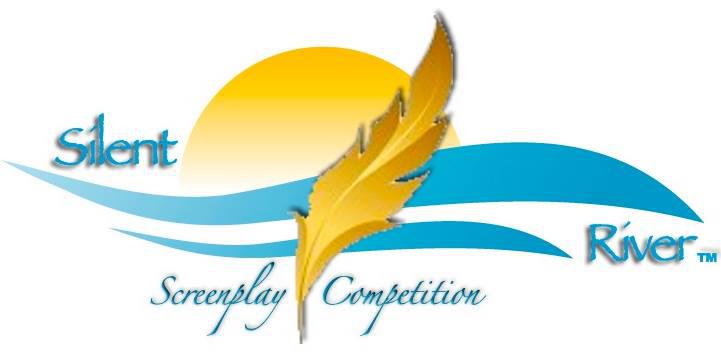 "Silent River Film and Literally Society" is thrilled to announce the winners of the 2016 "Silent River Screenplay Competition."The winner in the Feature Screenplay Category is - FIRE ON ICE, by Courtney Charles Suttle.The winner in the Short Screenplay Category is - THE END, by Kelly Jean Karam.RECOGNITIONThe winner of the Feature Screenplay will be receiving the "River Scroll Award" that includes a Trophy, Certificate and in-kind prizes valued $500.The winner of the Short Screenplay will be receiving the "River Scribble Award", that includes a Trophy, Certificate and in-kind prizes valued $500.Both winners will also be receiving in-kind prizes by Final Draft, the sponsor of the 2016 Silent River Screenplay Competition.We want to congratulate both winners as well the Finalists and Semifinalist of our 2016 competition. We also want to thank all other contestants for entering our screenplays competition in 2016.2017 Silent River Screenplay Competition call for entry to be opened soon on Withoutabox, Filmfreeway and International Screenwriters' Association.Established with a vision to celebrate literature and the art of cinema, the “Silent River Film and Literary Society” (SRFLS), a non-profit organization offers special programming of films and literature year-round and organizes the Silent River Screenplay Competition annually.For more information contact: Kalpna Singh-Chitnis931 Monte Vista, Irvine, CA 92602 USA Phone: 949-394-5148 Email:info@silentriverfimandliteraysociety.org www.silentriverfilmandliteraysociety.org www.silentriverfilmandliterarysociety.org/screenplay-competition

04-18-2017 | Arts & Culture
Nick Nwaogu
Nigerian Writer, Nick Nwaogu, Publishes His Romantic Suspense Screenplay 'Februa …
Nigerian computer programmer turned writer, Nick Nwaogu, has published his screenplay for a feature film titled 'February'. The 120-scene script is a movie adaptation of his first book 'The Almost Kiss'. In the script 'February', Sergeant Femi Kolawole and investigative journalist Chioma Okafor, together, solved Emeka's Valentine-day murder, and on doing so, Chioma was exposed to Femi's heroic personality, which made her eventually fall in love with him. "February is a
02-07-2017 | Leisure, Entertainment, Miscel …
Scriptapalooza Inc.
Hollywood Seeking Screenwriters
“It’s not about how many scripts we receive, it’s about how many writers we can help,” said Mark Andrushko, President at Scriptapalooza. Many writers have already benefited from entering the competition. Obviously, not all will snag the first place prize of $10,000, but Scriptapalooza has always prided itself on helping many of the writers that place in the competition. The moment the winners are announced, in any given year,
06-30-2016 | Arts & Culture
Silent River Film and Literary Society
2016 Silent River Screenplay Competition
Irvine, California, USA. (June 28th, 2016) – The Silent River Screenplay Competition in its third year, is proud to announce the sponsorship support of Final Draft, celebrating its 25th anniversary of supporting writers. Final Draft will offer prizes to the winners in both Feature and Short screenplay categories. We also want to congratulate all the finalists and semi-finalist of our 2016 competition listed below. 2016 Silent River Screenplay Competition winners
08-27-2013 | Arts & Culture
Winter Film Awards
Brian Lee Weakland wins Best Screenplay at Winter Film Awards 2013 Independent F …
Winter Film Awards is pleased to announce that "Last Waltz of Vienna", written by Brian Lee Weakland, has won Best Screenplay at the WFA 2013 Independent Film Festival, held February 28-March 2 2013 in New York City. Winter Film Awards received over 100 screenplays submissions for the 2013 festival. Each was judged by a team of five industry professionals with wildly divergent interests, and four standouts were chosen as finalists.
05-20-2008 | Business, Economy, Finances, B …
Unique Digital Media
Ebook Leader Uniqueebook.com Launches Ghostwriting, Editing, Screenplay and Web …
Uniqueebook.com, one of the foremost e-book stores has recently opened up new services in areas like ghostwriting/ copywriting, web designing and screenplay writing (uniqueebook.com/services). According to Anindyasundar, the founder and CEO of the organization, “Launched about a year ago, we have already made our presence felt in the world of e-books…so with our team of highly acclaimed writers, we have decided to diversify in ghostwriting, copywriting, web designing and screenplay services
04-19-2007 | Leisure, Entertainment, Miscel …
Kitty Kavey
Hollywood Screenwriter Kitty Kavey Continues to Win Awards in 2007
Hollywood, CA—(April 17, 2007)— Accomplished screenwriter and director, Kitania “Kitty” Kavey, wins 2nd Runner Up in the “Best Screenplay” category at the Beverly Hills Film Festival for her original screenplay \"Shades of Sin.\" After seven thriving years, the Beverly Hills Film Festival (BHFF) remains an international competition dedicated to demonstrating the works and talents of up-and-coming members of the motion-picture industry. Although Kavey was competing against numerous screenwriters with far
Comments about openPR
OpenPR is clearly structured and remains true to its principle of confining itself to the essential parts. OpenPR has proven to be a very good and reliable partner to our media agency: Within the shortest time the releases are online and go down well with the media representatives. The success of OpenPR is reflected in the steadily increasing number of press releases. It is good that OpenPR exists!
Ursula Koslik, Director Marketing & PR, F+W Hamburg