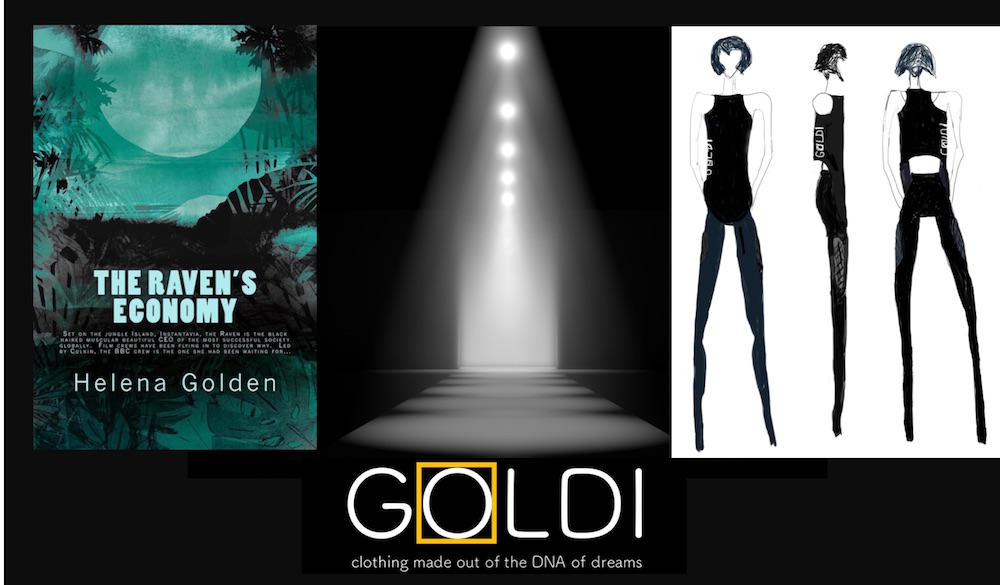 Based on the book, ‘The Raven’s Economy’, the founder of Instantavia, a Melbourne based start-up active athleisure retail company is running a Kickstarter campaign to raise funds for production of the first collection. Never before has a book laid out the vision for the company in a literary description before the company has even been formed. The book examines the opportunities in today’s definition of corporation, political and economic establishment and offers an alternative approach that is both good for the economy and socially responsible. This is sure to be a journey worth watching. Visit GOLDI’s campaign Kickstarter to watch it all unfold or on the company website instantavia.The company is an active athleisure online womenswear start up retailer based in Melbourne Australia but will ship globally. It is more than a fashion retailer though. The founder has laid out very clear proposed changes to company function in the book 'the Raven's Economy' that she will test in this start up enterpriseInstantavia Retail Pty Ltd www.instantavia.com Irymple Ave, St Kilda, VIC 3182, Australia Contact: Helena Golden, mob +61434828042

05-15-2020 | Business, Economy, Finances, B …
Polaris Market Research & Consulting
Engineering Services Outsourcing Market To Witness Robust Expansion By 2026 | Pr …
The "Global Engineering Services Outsourcing Market: 2020" Industry Report is a professional and in-depth study on the current state of the Engineering Services Outsourcing Market by PMR. The Engineering Services Outsourcing market is supposed to demonstrate a considerable growth during the forecast period of 2020 - 2026. The company profiles of all the key players and brands that are dominating the market have been given in this report. Their moves
05-28-2018 | Energy & Environment
Orbis Research
India Solar Photovoltaic Market Opportunities Assessment In Emerging Industry By …
Indian solar photovoltaic market has seen tremendous growth in terms of new capacity addition in the last four years. The governance of the market is maintained by large domestic and international project developers with partial intervention of government. With increasing focus of the government on development of renewable energy sector, solar photovoltaic market in India has already taken the flight to achieve the target of 100 GW solar power generation
Comments about openPR
OpenPR ist the nicest and most clearly laid out PR platform I have seen to this day. The press releases are displayed very nicely and clearly and without any unnecessary frills. The updates are fast and the finished release looks appealing and is clearly legible. Even with 16 years of experience one discovers new things from time to time. Congratulations!
Gabriele Ketterl, Director Marketing & PR, Menads