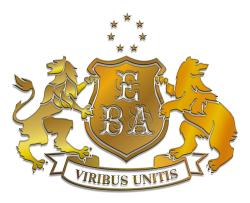 Europe Business Assembly (EBA) presents Petronash Company (UAE), one of the best companies in the field of engineering and manufacturing segment of the oil and gas industry, laureate of prestigious international awards. In 2015, “Petronash” company (UAE) was among the winners of the prestigious international ranking of the Europe Business Assembly "Best Enterprise". Founder and CEO of the company Mr. U. M. Rao has been awarded the distinction "Best Manager of the Year". This high public recognition is the evidence of high quality, success and good management of the company during the 15 years. Established in 2000 in the United Arab Emirates, Petronash now is the leading name in the engineering and manufacturing segment of the oil and gas industry globally. According to EBA’s rating, the company has taken leading positions in oil and gas industry of UAE. Offering a product line-up including chemical injection systems, well head control panels and various other process equipment, Petronash is known globally for their flagship product, the Modular Well site Packages. The company is established over a million square feet of world-class manufacturing facilities in Dubai, Houston and Dammam with a centralised engineering office in Chennai India, and sales offices globally. The company employs approximately 600 people worldwide, including more than 200 Engineers and R&D Personnel supported by a network of sales representatives across Africa, South America, Europe and Asia. Petronash also has a state of the art engineering facility and premium Business Process Automation that has made their name synonymous with quality, technical expertise and customer satisfaction. EBA is proud of cooperation with Petronash. Let us introduce CEO of the company Mr. U. M. Rao. A dynamic and innate achiever, Mr. U. M. Rao has been spearheading the successful journey of Petronash ever since its inception in 2000. Having graduated as a qualified ‘Instrumentation and Control’ engineer from the M.K. University in India; Mr. Rao has served in numerous capacities in the field of instrumentation in both India and Middle East. At Petronash, Mr. Rao has been responsible for its worldwide recognition as a reputable, reliable and responsible manufacturer of Chemical Injection Skids, Hydraulic Control Panels, Process Equipment & Instrumentation Packages, and Modular Well Site Packages. He has been an indispensable part of the company’s growth track and has contributed immensely towards its journey from humble set-up in 2000 to a multi-national footprint throughout Middle-East, India, East Asia, Europe and the American continents by 2015. EBA recommends this company for international cooperation and attention of foreign investors.The Europe Business Assembly (EBA) is an independent corporation of economic, social and humanitarian collaboration, founded in Oxford, UK in 2000.EBA is an interactive platform for adapting European economic programs to the standards of living in dynamically developing regions. It follows the directives of the European Union and EU programmes “Good-neighbourliness” and “Eastern partnership”. The main mission of the institutions and representative offices of EBA (and its strategic partners) is to form a positive image of the regions, companies and personalities in the European business community.Europe Business Assembly Address: 2 Woodins Way Oxford OX1 1HF UK Site: http://ebaoxford.co.uk/ Phone: +44 (0) 1865 251 122 Fax: +44 (0) 1865 251 113