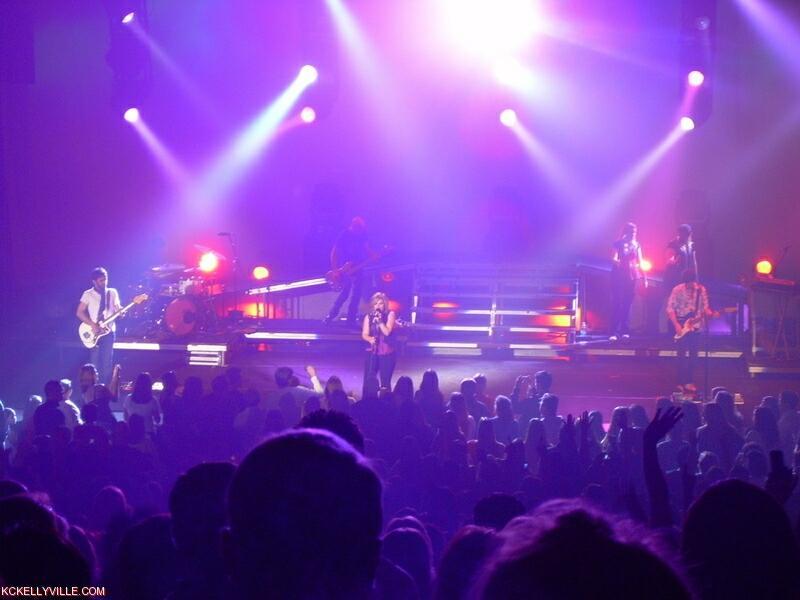 Now that the My December US/Canada tour is over and the holidays are here, Fans get a chance to ask questions and thank the bandmates of Kelly Clarkson in a live chat at KCKellyville.com in January. The date and time is still to be announced, but will take place in early January during tour rehearsals for the upcoming 2 worlds, 2 voices tour featuring Clarkson and counterpart of late, Reba McEntire, which launches in mid-January. Clarkson's entire band is expected to participate. This will be the fourth livechat on Maverick Media Management's KCKellyville.com, following chats with Jason, Aben, and Cory of Clarkson's band, Einar and Chris of Clarkson's band, and The Sugarfoot Band (close friends of Clarkson from Texas) who are working on their debut album (more on The Sugarfoot Band at their official site, also run by Maverick Media Management, SugarfootBand.com). This chat will be a combination of questions and answers, thank you's for the great performances they accompany Clarkson with, and open chat with the fans to close the event. Fans may submit questions for the band by visiting KCKellyville.com where there is an email address near the top of the site. Fans must be registered on the site to participate in the live event and see the questions answered live in the chatrooms (registration is free), and chat with the band after the questions have all been answered. KCKellyville.com is an approved, unofficial fansite operating since 2003. All livechat events and fan submitted questions are pre-approved and heavily moderated for security and privacy reasons. Maverick Media Management 561-404-7112 alan@maverickmedia.us maverickmedia.us PO Box 480562 Delaray Beach, FL 33448 Maverick Media Management is an online management company specializing in business and personal websites, official and non-official celebrity sites, fan management, media techonologies, and promotions.