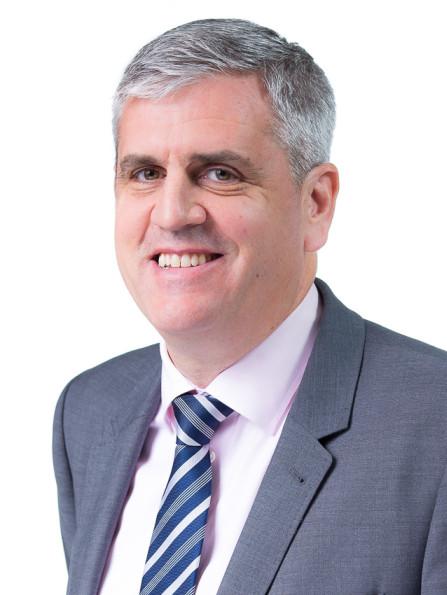 Dubai, UAE - June 05, 2016 - Malwarebytes, the advanced malware prevention and remediation solution for consumers and businesses, today announced that it has appointed Redington Gulf Value Distribution as its first distributor in the Middle East.

Having recently started operations in Dubai and launched a channel offering headed up by newly appointed Executive Chris Green, the Silicon Valley based company has significant momentum in the region. Redington Gulf Value Distribution will build upon this by providing a focal point for enterprise customers and resellers to purchase products through a local distributor.

Redington Gulf Value Distribution is the value-added distribution division of Redington Gulf – the largest distributor of IT products in Middle East and Africa. The partnership further supports Malwarebytes’ wider dedication to the channel in EMEA, joining an ever-growing operation in the UK, Ireland, Estonia, France, and Germany, with more to be announced in the coming months.

To this day, the Middle East has some of the biggest malware infection rates across the globe. According to Deloitte, since 2012, every country in the region has had at least double the number of infected systems than the global average.

Hishamul Hasheem, VP - Security & Software at Redington Gulf said, “Cyber-security is a top priority for businesses across the Middle East and our mission is to provide organisations with the very latest technology that allows them to address these advanced threats. Malwarebytes has established a great reputation for stopping and removing nefarious, cutting-edge threats. This is why we chose to work with the company.”

Anthony O’Mara, Malwarebytes VP of EMEA said, “Our enterprise solution has a strong track record for being highly effective against the most advanced, pernicious threats. Because of this, we now protect over 10,000 businesses, detecting and blocking 605,000 threats per hour and saving 750 million IT hours on over 28 million endpoints.”

“This proven ability to protect companies is driving significant demand across all sectors and in numerous territories. For this reason, we are delighted to be further expanding our presence in the Middle East with Redington Gulf Value Distribution.”

About Malwarebytes
Malwarebytes protects consumers and businesses against malicious threats that escape detection by traditional antivirus solutions. Malwarebytes Anti-Malware, the company’s flagship product, has a highly advanced heuristic detection engine that removed more than five billion malicious threats from computers worldwide. More than 10,000 SMBs and enterprise business worldwide trust Malwarebytes to protect their data. Founded in 2008, the company is headquartered in California with offices in Europe, and a global team of researchers and experts. For more information, please visit us at www.malwarebytes.com.

Malwarebytes reflects the operating philosophy of its founder and CEO Marcin Kleczynski: to create the best disinfection and protection solutions to combat the world’s most harmful Internet threats. Marcin has been named to the 2015 Forbes 30 Under 30 Rising Stars of Enterprise Technology list and the Silicon Valley Business Journal’s 40 Under 40 award, adding those to a 2014 Ernst & Young Entrepreneur of the Year Award.

09-21-2020 | Health & Medicine
Data Bridge Market Research Pvt. Ltd.
Healthcare Distribution Market Business Growth Statistics, Leading Players are M …
The Healthcare Distribution Market business report contains top to bottom analysis and estimation of various market related factors that are incredibly crucial for better decision making. Competitive analysis has been carried out in this industry analysis report for the major players in the market which supports businesses take better moves for enhancing their product and sales. Besides, this Healthcare Distribution market research report takes into consideration several industry verticals such
01-16-2019 | Advertising, Media Consulting, …
Research Report Insights
Electronic Equipment Repair Service Market 2026 | The Cableshoppe Inc., Redingto …
According to a new market report by Research Report Insights titled ‘Electronic Equipment Repair Service – Global Industry Analysis, Size, Share, Trends, and Outlook, 2018 – 2026,’ the global electronic equipment repair service market is expected to reach US$ 162.39 Bn by 2026, expanding at a CAGR of 8.1% from 2018 to 2026. Europe held a prominent share of the electronic equipment repair service market in 2017. The adoption of electronic
07-11-2017 | Fashion, Lifestyle, Trends
Scott Addison
Florida’s Resident Real Estate Expert, Scott Addison Offers Definitive Redingt …
Florida, USA – Jul 11, 2017: Scott Addison is one of Florida’s leading beach real estate experts. With more than 30 years of experience in the investment business, he understands the local real estate market and helps home buyers find the right property for themselves. He recently announced a host of up-to-date listings from Redington Shores and Clearwater added via his website. With declining real estate prices and currency exchange
03-09-2017 | IT, New Media & Software
Mithi Software
Mithi Software partners with Redington for Distribution of Vaultastic – its Cl …
Pune, India, March 7, 2017 Mithi Software, today announced a new channel partnership with Redington India, a leading supply chain solutions provider for global brands of IT hardware and software products. Under this partnership agreement, Redington India will distribute Mithi's Vaultastic (email archiving service) throughout India. Ashok Malaviya, Co-founder & Director Sales of Mithi Software said, "We are pleased to announce the partnership with Redington India Ltd; this partnership will give us
01-26-2017 | IT, New Media & Software
Vistar Communications
XTOUCH facilitates Redington for their outstanding contribution
XTOUCH, the leading new age consumer electronics brand recognized Redington by awarding it as the Best Strategic Partner for the year 2016.  The company facilitated its distributor for the outstanding contribution it has made towards the growth of XTOUCH brand in the region. Redington is the one of the largest distributors with the region wide distribution network that is spread across Middle East and Africa. Since 2013, both the companies have
09-17-2008 | IT, New Media & Software
NComputing Inc
NComputing ties up with Redington as its National distributor
New Delhi, 17th September 2008 -- NComputing, the leading provider of desktop virtualization software and hardware, today announced the appointment of Redington as a national distributor for the India region. Redington will assist NComputing in the sales of its products in India by leveraging their expertise in IT products and supply chain management and logistics. Redington will provide geographical reach and market penetration to NComputing, and will help NComputing reach
Comments about openPR
9 o'clock: discuss press release with client, 10 o'clock: submit release to openPR, within the briefest possible time release is published and displayed in a prominent place on openPR.de. I am thrilled!
Zehra Spindler, Calypso Now! - Communication Agency