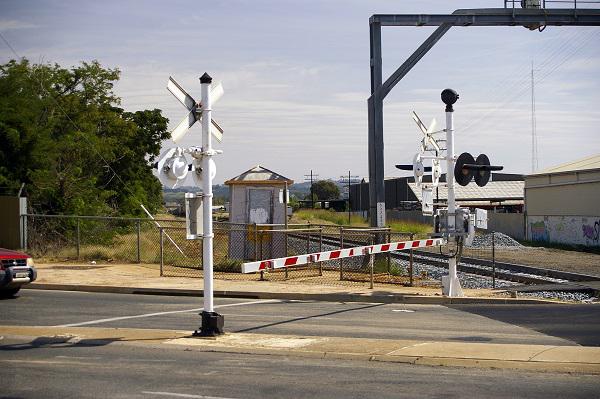 25th May, Melbourne, VIC: The Victorian government has embarked on an ambitious plan to remove 50 of the state’s most dangerous and congested level crossings around Melbourne.With 18 removals currently underway, the Victorian government has allocated $2.4 billion as part of the Victorian Budget 2015-16 towards the removal of at least 20 level crossings by 2018, with further plans to remove all 50 level crossings by 2022. Melbourne currently has 172 level crossings, compared to the only three remaining in Sydney. Melbourne’s level crossings are also some of the most deadly within the country, claiming 139 lives between 2002 and June 2012. The Victorian government estimates the project will deliver significant safety improvements for drivers and pedestrians, as well as enable trains to run more often and on time.A dedicated Level Crossing Removal Authority (LXRA) has been established to deliver the program, which aims to oversee the planning and delivery of each level crossing removal in a coordinated and efficient way. Crossings along the Dandenong line can remain closed for up to 30-40 minutes per hour during the peak traffic times, exacerbating traffic congestion.Committee for Melbourne, a prominent non-profit organization, has even called for the initiative to be extended to a $17.2 billion program to remove all of Melbourne’s 172 level crossings over the next 20 years.In discussion of the Level Crossing Removal Project and other prominent transport infrastructure projects, the 8th Annual Victorian Transport Infrastructure Conference will be taking place at the Melbourne Exhibition & Convention Centre as an opportunity for delegates to share ideas on the state’s most significant transport infrastructure projects.Presentations on the Melbourne Metro Tunnel Project will feature at the conference, with Evan Tattersall, Chief Executive Officer of Melbourne Metro Rail Authority, providing an overview of the $10.9 billion project. Work has already finished on one level crossing removal, situated on the Glen Waverly line intersecting with Burke Road. Current works are being carried out in Blackburn, Clayton and Noble Park. Other prominent projects to be discussed at the conference include the Western Interstate Freight Terminal, the Sky Rail Project between Caulfield and Dandenong, the Western Distributor, as well as the Port of Melbourne Port Capacity Project. A joint Melbourne University-RMIT study entitled The Benefits of Level Crossing Removals reviewed more than a century of level crossing removals in Melbourne, concluding elevated rail produced more benefit than compared to underground rail. The two day conference provides highly valuable networking opportunities where project managers, operators, contractors, consultants and investors can learn about what projects are in the pipeline for Victoria and capitalize on the business opportunities being created.The 8th Annual Victorian Transport Infrastructure Projects Conference is being held on the 15th & 16th of June at the Melbourne Convention & Exhibition Centre. More info at: http://www.vicinfrastructure.com.auAbout Expotrade Expotrade is a global conference and event organizer with its head office based in Melbourne, Australia. Expotrade has delivered some of the largest, most successful B2B industry conferences and events in the areas of infrastructure, major projects, sustainability, technology & architecture. For almost 10 years, our unique blend of knowledge, experience and flexibility has accomplished an array of consistently top quality events. Today, Expotrade events enjoy such a distinctive edge, they are amongst the best patronised in the calendar.For more information, visit www.expotradeglobal.comSuite 1, Level 1, 2 Brandon Park Drive Wheelers Hill VIC 3150 Australia