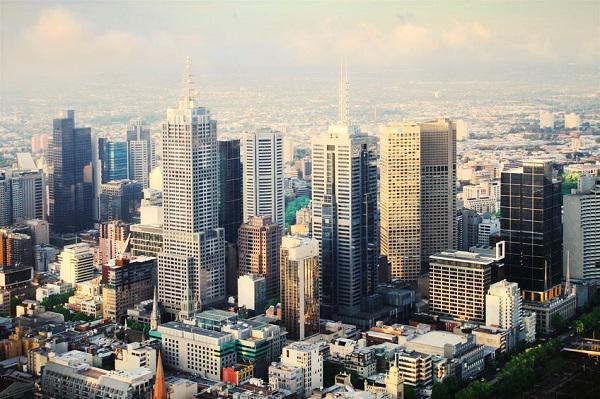 24th May, Adelaide, SA: More than $6 billion worth of major infrastructure projects are currently underway or scheduled to begin in South Australia over the 2016 period, precedent to the growing number of infrastructure development opportunities within the state. Significant projects include the $985 million Northern Connector Project which aims to construct 43 kilometres of new motorway, connecting the recently completed Northern Expressway and South Road Superway links. South Australia has also been chosen as the location to construct Australia’s next fleet of submarines at Adelaide's Osborne shipyards from local steel, as part of a $50 billion contract with France.The 12 new submarines are due for completion early 2030, expected to create 2,800 local jobs, as well as an additional 2,000 jobs from the construction of a fleet of frigates announced days earlier. Featuring a world-class maritime industry, these developments are testament to South Australia’s prominent Defence industry. Furthermore, the government has plans to extend the state’s Defence industry as outlined in the 2016 Defence White Paper.The 2016 Defence White Paper outlines a fully-costed, affordable and achievable plan to ensure the safety and security of the Australian people, including plans to provide an additional $29.9 billion towards Defence spending over the next decade.As part of discussions into these reports and projects, the 9th Annual SA Major Projects Conference 2016 will be taking place at the the Adelaide Convention Centre on the 10th & 11th of August for delegates to network and share ideas on the state’s latest infrastructure development projects.The conference will include topics on Boosting Tourism Infrastructure for Kangaroo Island, the O-Bahn City Access Project, Adelaide Festival Plaza Redevelopment, the Adelaide Conventions Centre Redevelopment, as well as the Torrens Road to River Torrens Project. The Darlington Upgrade Project is another significant South Australian project which aims to upgrade the North-South Corridor over the next decade, with the South Australian government committing $620 million towards the project. The upgrade is expected to connect rapidly expanding industrial and residential growth areas in the north and south of the state, providing new opportunities for economic development.The South Australian government has also released a public report into the viability of the state’s role in the nuclear cycle via the Nuclear Fuel Cycle Royal Commission, established by the government in March 2015.Released in May 2016, the findings suggested 12 key recommendations including, the exploration, extraction and mining of uranium, the disposal of international used fuel and intermediate level waste, as well as the generation of electricity via nuclear fuel. The two day conference is a networking and learning opportunity for project managers, operators, contractors, consultants and investors from within the infrastructure and construction industry, to capitalise on the infrastructure pipeline within South Australia The 9th Annual SA Major Projects Conference 2016 is being held on the 10th & 11th of August at the Adelaide Convention Centre. http://www.saconference.com.au/About Expotrade Expotrade is a global conference and event organizer with its head office based in Melbourne, Australia. Expotrade has delivered some of the largest, most successful B2B industry conferences and events in the areas of infrastructure, major projects, sustainability, technology & architecture. For almost 10 years, our unique blend of knowledge, experience and flexibility has accomplished an array of consistently top quality events. Today, Expotrade events enjoy such a distinctive edge, they are amongst the best patronised in the calendar.For more information, visit www.expotradeglobal.comSuite 1, Level 1, 2 Brandon Park Drive Wheelers Hill VIC 3150 Australia

02-21-2019 | Tourism, Cars, Traffic
Dataforce Verlagsgesellschaft für Business Informationen mbH
Australia – A Dataforce insight
Australia, the land of the Ute (Pickup), Cyber Cars (Dealer volume demos), Novated leasing and annual registrations of around 1.1 million new cars has now become one of the latest markets to enter our portfolio. We are putting together a series of articles to hopefully give some fresh Dataforce insights into the Australian market place, with a firm eye on the True Fleet channel. With a constantly expanding population and
04-11-2018 | Industry, Real Estate & Constr …
Storewall Australia
StoreWALL Launches into Australia
Expand and organise your space with wall-mounted storage solutions from StoreWALL. StoreWALL is a premium wall-mounted storage system for home and business. The range covers wall panels, hooks, baskets, bins, brackets and shelves. Everything you need to efficiently organise and store items in the home or commercial space. With superior materials and construction, our products are built to last. Plus, you won’t find a system that’s easier to install. StoreWALL systems
07-05-2017 | Advertising, Media Consulting, …
ReportsWeb
Coffee in Australia
ReportsWeb.com has announced the addition of the “Coffee in Australia” The report focuses on global major leading industry players with information such as company profiles, product picture and specification. Influenced by the strong café culture in Australia, consumers are increasingly interested in the origins and tastes of their coffee products. Consumers ask more questions about where their coffee is from and this is reflected in the strategic plans of large companies.
06-08-2017 | Business, Economy, Finances, B …
ReportsWorldwide
Agrochemicals Market in Australia
ReportsWorldwide has announced the addition of a new report title Australia: Agrochemicals: Market Intelligence (2016-2021) to its growing collection of premium market research reports. The report “Australia: Agrochemicals: Market Intelligence (2016-2021)” provides market intelligence on the different market segments, based on type, active ingredient, formulation, crop, and pest. Market size and forecast (2016-2021) has been provided in terms of both, value (000 USD) and volume (000 KG) in the report. A
02-13-2017 | Business, Economy, Finances, B …
ReportBazzar
Cheese in Australia
Australian consumption of cheese remains buoyant with increasing demand for better quality cheese and a move away from processed cheese. In particular, cheese retail value grew 2% in current terms in 2016, up from 1% in 2015. Positive research, in recent years, on the benefits of dairy fats also contributed to increasing demand for full fat cheese. Demand for cheese was also partly fuelled by Australian consumers enjoying cheese, especially
06-09-2016 | Politics, Law & Society
ECOVIS AG Steuerberatungsgesellschaft
Australia – An Innovative Agenda?
Australia’s government tightens foreign investment laws for housing and land and introduces a National Innovation and Science Agenda to encourage innovation in business and schools. The second half of 2015 saw significant changes to Australia’s foreign investment framework come into effect, along with the government making an innovation statement which committed $1 billion over the next four years to foster and develop new ideas and new businesses in Australia. To near
Comments about openPR
9 o'clock: discuss press release with client, 10 o'clock: submit release to openPR, within the briefest possible time release is published and displayed in a prominent place on openPR.de. I am thrilled!
Zehra Spindler, Calypso Now! - Communication Agency