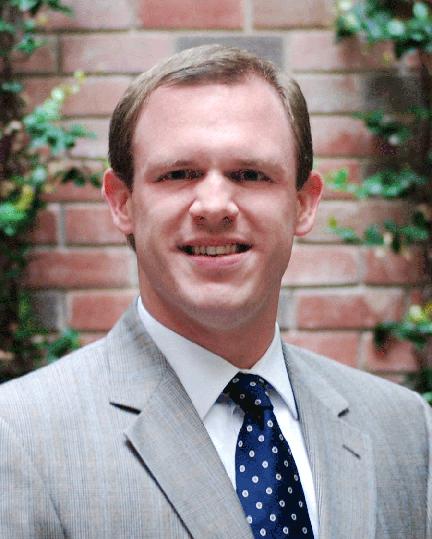 Jury finds Asbestos Equipment Supplier Responsible for Salem, Oreg. Man’s Mesothelioma. OREGON – A Portland jury has awarded a $5 million asbestos verdict to Charles Eastridge and his wife, the plaintiffs in a mesothelioma lawsuit against gasket supplier Mar-Dustrial. Mr. Eastridge was diagnosed with mesothelioma last year. The jury determined that his cancer was caused by exposure to asbestos contained in products sold by the defendant. For over thirty years, Charles “Chuck” Eastridge worked with dry kilns and boilers at a planer mill in Philomath, Oregon. Mr. Eastridge was responsible for maintaining the equipment, including regularly replacing asbestos gaskets on the kilns and boilers – a process that produced asbestos-containing dust that was breathed in by Mr. Eastridge throughout his career. In his deposition, Mr. Eastridge identified Mar-Dustrial as the supplier of the gaskets he used on the kilns and boilers at the planer mill. Mar-Dustrial contends that it never sold products to that mill because it was too far away. The jury delivered a verdict in the mesothelioma asbestos lawsuit on May 12, 2016, awarding $3.25 million for pain and suffering and $1.75 million for loss of consortium. Mar-Dustrial was the only defendant at trial and was assigned 22% liability. The jury also found the defendant responsible for both negligence and strict liability resulting in Mr. Eastridge’s mesothelioma. “This verdict sends an important message to companies that sell dangerous products,” commented R. Walker Humphrey, II lead trial attorney for Mr. and Mrs. Eastridge. “by holding Mar-Dustrial responsible, it lets suppliers know they won’t get off the hook just because they didn’t make the product.” It wasn’t until 1980 that Mr. Eastridge became aware that asbestos was hazardous. From that point on, he took steps to reduce his exposure to asbestos dust created by his work. Mr. Eastridge was diagnosed with malignant mesothelioma in April 2014. He has undergone surgery and chemo therapy to treat his cancer – there is no cure – mesothelioma is terminal. Before he was diagnosed, Mr. Eastridge was quite active. He had been spending two hours a day at the gym five days a week and helping his wife Pat around the house. He also loved working part time on his side business of engraving. Recently, his health has taken a significant turn for the worse and he is now on hospice. Chuck and Pat Eastridge, are represented by C. Andrew Waters, R. Walker Humphrey, II, and Alexa Mayfield, asbestos lawyers with Waters Kraus & Paul. They were assisted by local counsel, Travis Prestwich of Swanson, Lathen, Alexander, McCann & Prestwich, PC. The case, Charles Eastridge and Patricia Eastridge v. Cleaver-Brooks, Inc., et al, Case No. 15CV18697, was tried before the Honorable Jerry B. Hodson, in the Multnomah County Circuit Court in Portland, Oregon. Waters Kraus & Paul is a national plaintiffs’ law firm devoted to helping families in personal injury and wrongful death cases involving asbestos, benzene, pharmaceuticals and medical devices, birth defects caused by toxic chemical exposures and semiconductor chip manufacturing. The law firm also represent plaintiffs in qui tam whistleblower matters and cases of false claims against the government. Our attorneys have won record-setting verdicts, negotiated monumental settlements, and established ground-breaking new law in cases involving toxic exposure and defective products. Based in Dallas, Texas, with offices in California and by appointment in Illinois, Waters Kraus & Paul has represented families from all fifty states and many foreign countries, as well as foreign governments. Waters Kraus & Paul 3219 McKinney Avenue Dallas, Texas 75204

04-15-2021 | Fashion, Lifestyle, Trends
Willamette Valley Wineries Association
Sixth-annual Willamette: The Pinot Noir Auction to be held August 5
The Willamette Valley Wineries Association (WVWA) has announced that the sixth- annual Willamette: the Pinot Noir Auction will return this year as a hybrid in-person and online event on August 5, 2021. The trade Auction will be the first WVWA event to welcome people for in-person tastings in more than a year. Co-chaired by Jessica Endsworth, a national sales manager of Northwest Wine Company, and Rob Alstrin, President and CEO of
03-11-2020 | Sports
Red Oak Soccer Association
RED OAK SOCCER ASSOCIATION RETURNS TO THE CITY OF RED OAK
Inaugural Spring 2020 Season Red Oak, March 9, 2020 - On today's date, the Red Oak Soccer Association along with the City of Red Oak, after 12 years of Red Oak teams playing home soccer games in Glenn Heights and Waxahachie, have come to an agreement allowing the Red Oak Soccer Association to play home games within the city of Red Oak. Beginning this Spring Season, with a start date of March
Comments about openPR
OpenPR ist the nicest and most clearly laid out PR platform I have seen to this day. The press releases are displayed very nicely and clearly and without any unnecessary frills. The updates are fast and the finished release looks appealing and is clearly legible. Even with 16 years of experience one discovers new things from time to time. Congratulations!
Gabriele Ketterl, Director Marketing & PR, Menads