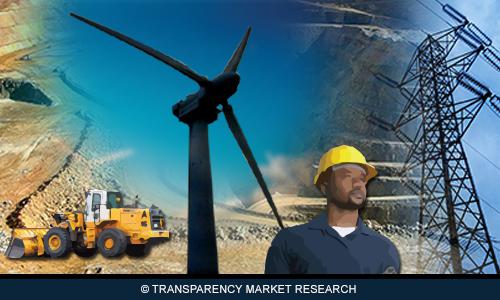 Global Solar Microinverter and Power Optimizer Market: Overview Microinverters and power optimizers, collectively called module-level power electronics (MLPEs), are currently one of the fastest growing market segments in the global solar power generation market. Although centralized or string inverters are still by far the most preferred and deployed choice of technology for rooftop solar panel systems worldwide, the promise of optimal performance and comparatively more power output (an estimated 25% more than conventional PV systems), especially when the PV systems are installed in unevenly shaded or complex regions (e.g. having two or more orientations), are increasing the popularity of MLPEs on a global front. Interestingly, over half of all the residential rooftop solar PV installations in the U.S. had some form of MPLE in 2014. Browse Solar Microinverter and Power Optimizer Market Report with Full TOC at : http://www.transparencymarketresearch.com/solar-microinverter-power-optimizer-market.htmlSolar microinverters and power optimizers offer similar benefits to solar PV systems but operate in different ways. Both systems are mounted inside solar panels and allow the PV cells to perform optimally when one or more panels in the PV system are shaded. The primary difference between the two is that microinverters directly convert the DC current produced by the solar panels into the AC current that can be utilized by household appliances, while power optimizers are used to tune the performance of the solar panel through maximum power point tracking (MPPT), which essentially is a way to condition the DC current generated by the PV cells before sending it to a central inverter. Global Solar Microinverter and Power Optimizer Market: Key Trends and Opportunities The substantial reduction in costs of microinverters and power optimizers and the continuous research and development efforts of manufacturers aimed at refining the technologies, are some of the key factors that will help the already flourishing market gain momentum over the report’s forecast period. Meanwhile, the regulatory scenario pertaining to the safety of solar panel systems is shaping in a way that could change consumer’s perception of microinverters and power optimizers. The National Electric Code (NEC), the preeminent electrical installation code in the United States, has made it mandatory for solar panel arrays to have a rapid shutdown feature, with a switch to the feature near the solar PV setup, in its 2014 version. For further inquiries, click here : http://www.transparencymarketresearch.com/sample/sample.php?flag=B&rep_id=10538 Some analysts speculate that the Code will eventually make it mandatory for solar systems to include functionality of shutting off individual panels remotely with the help of a central switch. Some of the largest players in the microinverters and power optimizer industry have already started to monetize this opportunity by incorporating rapid shutdown features in their new product lines.As the regulatory framework in other regional markets becomes more wary of the level of safety of solar power systems, similar regulations are projected to be instituted and proactive vendors will benefit from this changing regulatory environment. Apart from these two opportunities, vendors can also benefit from the rising affordability of energy storage devices for solar power systems. Home batteries running on solar power have the potential of becoming the face of mainstream energy storage systems of the near future. Global Solar Microinverter and Power Optimizer Market: Region-wise Outlook Of the key regional markets for solar microinverters and power optimizers examined in the report, North America leads the global market, with a dominant share attributed to residential solar PV installations. However, the market may soon witness expansion in other regional markets such as Asia Pacific, as the dropping costs of microinverters and power optimizers seek to lure cost-sensitive regions with untapped growth opportunities. Global Solar Microinverter and Power Optimizer Market: Competitive Outlook The market is presently dominated by companies such as SolarEdge and Enphase. However, the market’s competitive landscape is rapidly changing, with a rising number of solar PV manufacturers now developing products readily incorporated with microinverters and power optimizers. The market has also begun to see a favorable rise in investments from capital ventures and the entry of well-funded startups. This is rapidly changing the competitive landscape of the global solar microinverters and power optimizers market.About Us Transparency Market Research (TMR) is a market intelligence company, providing global business information reports and services. Our exclusive blend of quantitative forecasting and trends analysis provides forward-looking insight for thousands of decision makers. TMR's experienced team of Analysts, Researchers, and Consultants, use proprietary data sources and various tools and techniques to gather and analyze information.Our data repository is continuously updated and revised by a team of research experts, so that it always reflects the latest trends and information. With a broad research and analysis capability, Transparency Market Research employs rigorous primary and secondary research techniques in developing distinctive data sets and research material for business reports.90 Sate Street, Suite 700 Albany, NY 12207

You can edit or delete your press release Solar Microinverter and Power Optimizer Market Segment Forecasts up to 2021, Research Reports:TMR here

05-27-2020 | Business, Economy, Finances, B …
Transparency Market Research
Packaged Vegan Foods Market Size, Review, Key Findings, Growth Strategy, Develop …
Consumers focusing on cutting down the animal based dairy products have started preferring packaged vegan food. Packaged vegan food are prepared without the use of any animal based ingredients resulting in low fat and cholesterol. Increasing number of people are now a days turning vegan because of their love and compassion toward animals and the environment. Obtain Report Details @ https://www.transparencymarketresearch.com/packaged-vegan-foods-market.html One of the major driving factor of packaged vegan food is
05-27-2020 | Business, Economy, Finances, B …
Transparency Market Research
Hot Sauce industry Insights By Size , Status, Trends, Developments, Opportunitie …
The hot sauce market has witnessed immense growth pace across a number of other regional markets as well, where Asian cuisine is rapidly becoming the choice of youngsters. It is estimated that the market will continue to thrive in the near future and witness surging demand as new uses of hot sauce in native culinary styles of a number of countries are invented and adopted. The global market for hot sauce
05-27-2020 | Business, Economy, Finances, B …
Transparency Market Research
Growth Opportunities in the Processed Fish Industry - Development, Trends, Key D …
Fish is one of the delicate food which demands proper handling for a long shelf life so that it do not lose its nutritional value and desired quality, the primary concern from which fish is to be protected is the deterioration issue. Many contributors are involved in fish processing such as fishermen, fish sourcing suppliers, seafood processors, manufacturers, logistics and distribution, marketing & sales, and end-use industries or consumers. Hence
05-27-2020 | Business, Economy, Finances, B …
Transparency Market Research
Tea Tea Based Beverages Industry Size- Global Overview, Growth, Size, Opportunit …
The global tea and tea-based beverages market is anticipated to register a relatively higher compound annual growth rate of 4.9% in terms of revenue during the time frame of the forecast period, due to various market dynamics, regarding which, TMR offers detailed insights. Transparency Market Research provides key detailed insights into the global tea and tea-based beverages market, in its upcoming market outlook titled, 'Tea and Tea-Based Beverages Market: Global