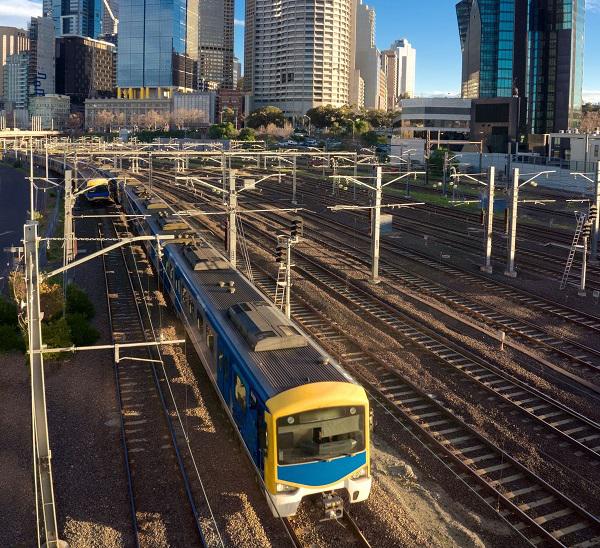 5th May, Melbourne, VIC: Melbourne features an extensive range of public transport services, including an array of regional and metropolitan rail, bus and public transport options. As Australia’s fastest growing city, Melbourne’s population is expected to almost double by 2050, requiring vast investment in the development and upgrading of existing transport infrastructure. According to the 2011 Census of Population and Housing, Melbourne recorded the second highest rate of public transport usage amongst Australian capital cities, in addition to being home to the world’s largest tram network.Aside from the increased demand of daily commuter transport options - freight and international services have also been receiving attention with the predicted doubling of passenger numbers through Melbourne Airport by 2033.The Victorian government has recognised the requirement to further develop world-class transport infrastructure for the state, with strong investment towards road and rail infrastructure projects. Expected for completion by 2018, the Melbourne Metro Rail Project aims to unlock Melbourne’s metropolitan train system by constructing the state’s first underground metro service, as well as five new underground stations.The project is expected to allow for an additional 20,000 passengers during peak hour times, the equivalent to taking over 18,000 cars off the road, implementing time savings of up to 10 minutes per trip taken. The upgrade is expected to foresee the introduction of additional High Capacity Metro Trains, the construction of new and upgraded rail infrastructure, as well as the removal of all nine level crossings between Caulfield and Dandenong.Work is also being committed towards the upgrade of crucial road infrastructure, with the $5.5 billion Western Distributor Project, which aims to improve travel times for both freight and commuter services. The Western Distributor Project will widen the West Gate Freeway from 8 to 12 lanes and upgrade the Monash Freeway, expected to deliver an immediate time saving of up to 20 minutes each day along the corridor. In discussion of these transport infrastructure developments and opportunities, the 8th Annual Victorian Transport Infrastructure Conference will be taking place at the Melbourne Exhibition & Convention Centre, as an opportunity to network and share ideas. Other prominent projects include the Western Interstate Freight Terminal, the Level Crossings Removal Project, the Sky Rail Project between Caulfield and Dandenong, the Monash Freeway Upgrade, as well as the Port of Melbourne Port Capacity Project. The two day conference provides highly valuable networking opportunities where project managers, operators, contractors, consultants and investors can learn about what projects are in the pipeline for Victoria and capitalize on the business opportunities being created.The 8th Annual Victorian Transport Infrastructure Projects Conference is being held on the 15th & 16th of June at the Melbourne Convention & Exhibition Centre. For more information please visit: http://www.vicinfrastructure.com.auAbout Expotrade Expotrade is a global conference and event organizer with its head office based in Melbourne, Australia. Expotrade has delivered some of the largest, most successful B2B industry conferences and events in the areas of infrastructure, major projects, sustainability, technology & architecture. For almost 10 years, our unique blend of knowledge, experience and flexibility has accomplished an array of consistently top quality events. Today, Expotrade events enjoy such a distinctive edge, they are amongst the best patronised in the calendar.For more information, visit www.expotradeglobal.comSuite 1, Level 1, 2 Brandon Park Drive Wheelers Hill VIC 3150 Australia