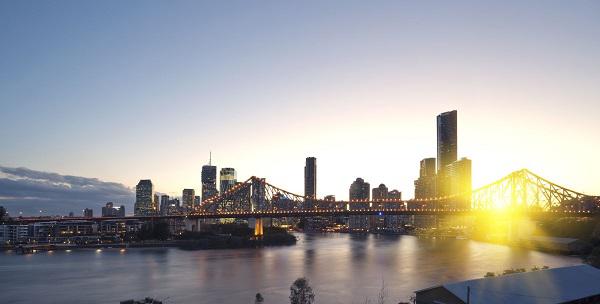 4th May, Brisbane, QLD: As part of the Queensland government’s commitment towards infrastructure development, the State Infrastructure Plan was released in March to bolster the state’s role over the planning and delivery of infrastructure.The State Infrastructure Plan will inject $500 million into the development of a wide range of road and rail projects, including the Ipswich Motorway Upgrade and the Riverway Drive duplication.This unprecedented funding comes in addition to the state’s existing four year $35 billion commitment towards the development of key transport infrastructure, to expand and upgrade crucial road and rail passages. Stage Two of the Gold Coast Light Rail is one such vital infrastructure project taking place within the state, which aims to create additional transport options in the run up to the Gold Coast 2018 Commonwealth Games™.The project will envision the construction of an additional 7.3 kilometres of track and the development of three new stations at Helensvale, Parkwood and Parkwood East, including the construction of a new 1000 car space park ‘n’ ride facility at Parkwood station.Work is also being carried out to improve freight port services within the state, with the $1.49 billion Port of Townsville expansion which aims to widen and deepen existing sea channels to improve export capacity.The Port of Townsville is currently the number one port in Australia for the export of copper, zinc, lead and sugar, exporting more than 75 per cent of the state’s export minerals into Asia. Trade volume to Asia has also increased nearly 2.76 million tonnes over the past five years. As part of wider discussions on the latest and most significant transport projects taking place across the state, the 7th Annual Queensland Transport Infrastructure Conference 2016 will be taking place at the Brisbane Convention & Exhibition Centre.Attracting over 200 delegates each year, the conference will include presentations from more than 25 keynote speakers on topics such as the development of Road Infrastructure Priorites for Queensland and the Northern Australia Development Agenda, which aims to construct priority roads for the state and remove building regulations.Chief Executive Officer of Port of Townsville Limited, Ranee Crosby, along with Executive Director (Commonwealth Games) for the Queensland Government Department of Transport and Main Roads, Grant Morris, will be speaking at the conference. Other major developments currently taking place within Queensland include the Caloundra Road to Sunshine Motorway Upgrade Project, Abbot Point Growth Gateway Project, Warrego Highway Upgrade Program, as well as a variety of road, rail and port developments.The conference is an opportunity for industry leaders and government officials to share common ideas on transport challenges and to acquire the latest information on major transport infrastructure projects taking shape in Queensland. The 7th Annual Queensland Transport Infrastructure Conference 2016 is being held at the Brisbane Convention & Exhibition Centre on the 10th & 11th of May.Please visit: http://www.qldconference.com.auAbout Expotrade Expotrade is a global conference and event organizer with its head office based in Melbourne, Australia. Expotrade has delivered some of the largest, most successful B2B industry conferences and events in the areas of infrastructure, major projects, sustainability, technology & architecture. For almost 10 years, our unique blend of knowledge, experience and flexibility has accomplished an array of consistently top quality events. Today, Expotrade events enjoy such a distinctive edge, they are amongst the best patronised in the calendar.For more information, visit www.expotradeglobal.comSuite 1, Level 1, 2 Brandon Park Drive Wheelers Hill VIC 3150 Australia