Cabinet of Ministers sums up the results of 2016 1Q 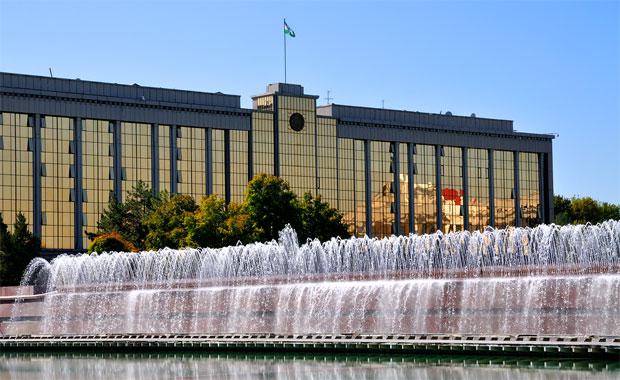 The Building for the Cabinet of Ministers of Uzbekistan

12-18-2006 | Politics, Law & Society
The Embassy of the Republic of Uzbekistan in Germany
On the way of tolerance and humanism
From the first days of Independence a process of the renaissance of spiritual bases of the society is going on in Uzbekistan. A religion is considered as a power to shape a people’s vision based on principles of moral and preservation of the rich spiritual heritage of the people. The Law «On freedom of conscience and religious organizations» was adopted in the Republic in 1991. This Law had reflected a
11-24-2006 | Politics, Law & Society
The Embassy of the Republic of Uzbekistan in Germany
Statement by the Ministry of Foreign Affairs of the Republic of Uzbekistan
23.11.2006 - The inclusion of Uzbekistan by the U.S. State Department in the so-called list of “states, which cause a particular concern in the sphere of observance of religious freedoms” was received by the broad public of our country at least with a perplexity. This step once again demonstrates the one-sided approach and “double standards” of the American foreign policy institution with regard to such pressing issues as freedom of
Comments about openPR
Your portal is fast, simple, and easy to use. Others may have more functions but they also demand more editing time, you have to preformat the text in order to achieve a good result etc. I think openPR is really fantastic!
Andreas Knepper, wallmedien AG