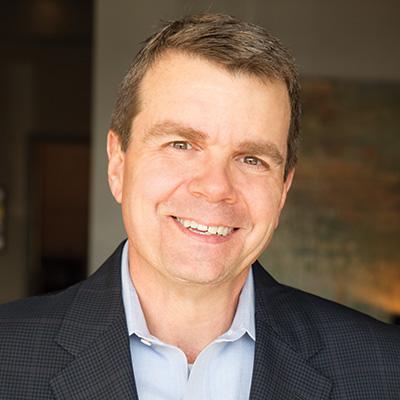 DALLAS – DeGroote Partners is proud to announce that firm founder John DeGroote has been named to The National Law Journal’s inaugural ADR Champions list of top mediators in the U.S. and also among the best mediators in North Texas by D Magazine’s Best Lawyers in Dallas.Mr. DeGroote is one of only six Texas-based mediators and arbitrators selected for the National Law Journal listing and one of 48 nationwide. The national publication noted his diverse background as a general counsel and as an executive, in addition to his reputation for reaching creative solutions through early intervention and cutting-edge techniques. Mr. DeGroote’s inclusion in D Magazine’s Best Lawyers in Dallas for mediation is based on peer nominations in the North Texas legal community and research by the D Magazine editorial staff.For more information about the DeGroote Partners Mediation Center, please visit: http://degrootepartners.com/mediation-center/.“With experience as a litigator, corporate counsel, and business executive, he brings rare and valuable perspective to dispute resolution,” says the NLJ profile of Mr. DeGroote. “John has seen disputes from every angle: as the client, as in-house counsel, as outside counsel, as an arbitrator, and as a mediator. He’s clear on what actually gets complex cases resolved – and how that has changed over the past 25 years.”That approach places Mr. DeGroote at the forefront of the changing ADR landscape, according to the publication. “John’s direct and creative approach to problem-solving exemplifies how ADR is adapting to the evolving nature of business conflicts and the value that parties place in finding resolution with greater speed than the courts can provide,” the profile article continues.Dallas-based DeGroote Partners works with parties in mediation to narrow the scope of disputes, settle cases earlier, and implement customized approaches to complex problems. As trustees, managers and administrators for business interests facing special situations, the DeGroote Partners team leverages its C-suite expertise, legal experience, and in-depth analysis to help clients resolve seemingly intractable problems on a cost-effective basis.Androvett Legal Media, 2501 Oak Lawn Ave, Suite 650, Dallas, Texas 75219 214-559-4630

11-09-2011 | Politics, Law & Society
Androvett Legal Media & Marketing
Noteboom Law Firm Helps Sexual Assault Victim Win $1.75 Million Award
FORT WORTH, Texas – Attorneys from Texas-based Noteboom: The Law Firm are announcing a $1.75 million award for a firm client based on the past and future emotional distress caused by repeated instances of sexual assault by her stepfather. In the ruling issued by 67th Texas State District Court Judge Don Cosby on Oct. 31, 2011, the victim’s stepfather was ordered to pay $1.75 million based on the malicious nature of

08-01-2014 | Industry, Real Estate & Constr …
Shimco
Shimco to Award a Scholarship at McMaster University
MARKHAM, Ontario (July 29, 2014) – Shimco, a leader in manufacturing precision parts, laminated and edge bonded shims, tapers and spacers, announced today the initiation of the Shimco Scholarship at McMaster University located in Hamilton, Ontario, Canada. The scholarship will be awarded annually to a student in the Faculty of Science or Engineering. The Shimco Scholarship recognizes a student in their second year of study or higher, who has demonstrated outstanding
Comments about openPR
9 o'clock: discuss press release with client, 10 o'clock: submit release to openPR, within the briefest possible time release is published and displayed in a prominent place on openPR.de. I am thrilled!
Zehra Spindler, Calypso Now! - Communication Agency