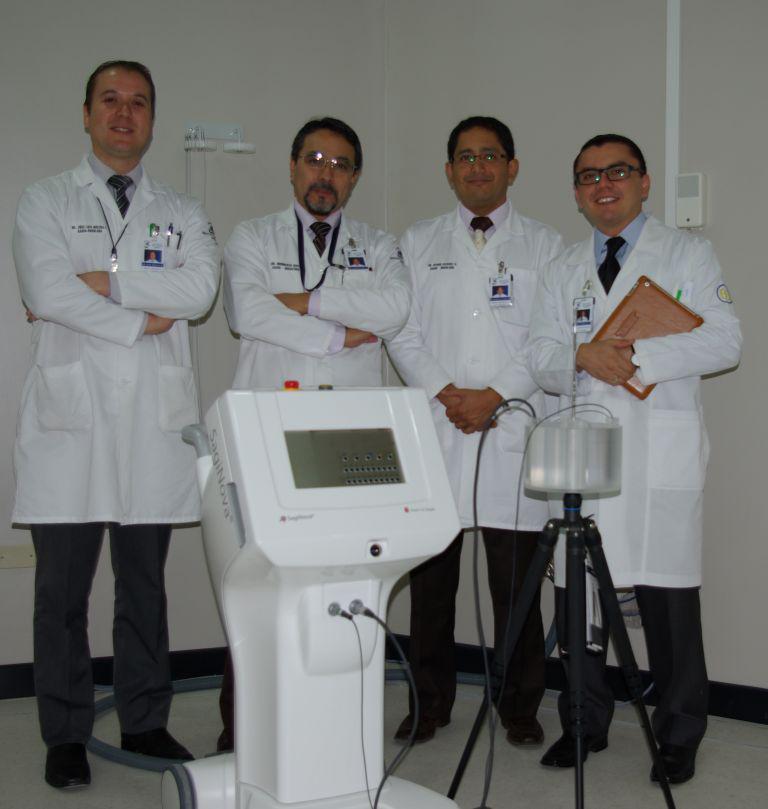 Seneffe, Belgium, April 19, 2016. Eckert & Ziegler BEBIG installed its first HDR brachytherapy afterloader, a SagiNova® system, in Ecuador at the Instituto del Cáncer SOLCA Cuenca. The Instituto del Cáncer SOLCA Cuenca is part of the Sociedad de Lucha Contra el Cancer (Society to Fight Cancer), a private organization that provides a public service to combat cancer in Ecuador. The society operates several clinics in Ecuador and plans to further extend its radiotherapy services.The SagiNova® afterloader bought by SOLCA Cuenca was launched in 2015 and is the successor of MultiSource®, which was first installed in Latin America in 2009. According to Dr. Harald Hasselmann, Managing Director of Eckert & Ziegler BEBIG, “following our successful strategy and the launch of SagiNova®, we plan to have an Eckert & Ziegler BEBIG HDR afterloader installed in almost every Latin American country by next year.” At SOLCA Cuenca, SagiNova® is already in clinical use for the treatment of gynecological cancers. “SagiNova® had two unbeatable features which made us choose the device: the cobalt-60 source combined with Eckert & Ziegler BEBIG’s long history of experience with cobalt-60 and also the integrated In-Vivo Dosimetry for the treatment of gynecological cancers”, explains Dr. Humberto Quito, Radiotherapy Department Director. With cervical cancers being among the top three incidences in Ecuador, SOLCA Cuenca expects to treat four to five new patients a month. “We already have a waiting list and expect the number of patients to rise significantly within the coming months” adds Dr. Quito.About Eckert & Ziegler BEBIG Contributing to saving lives! Eckert & Ziegler BEBIG is a European-based group active in the medical device segment of the health care industry. Its core business is the production and distribution of medical products for the treat¬ment of cancer using brachytherapy. The company’s headquarters are in Belgium, with production facilities in Germany and in the USA, as well as subsidiaries throughout Europe, the USA, India and Brazil. In addition, Eckert & Ziegler BEBIG has a worldwide network of distributors and agents to support the international marketing and distribution of its product line. The company’s products and equipment are intended for use by oncologists, radiotherapists, urologists, ophthalmologists and medical physicists. Eckert & Ziegler BEBIG employs approximately 150 people. The company has been listed on the Euronext stock exchange since April 1997.Eckert & Ziegler BEBIG s.a. Rue Jules Bordet 7180 Seneffe BelgiumAnnica Witt Marketing Communication Manager marketing@bebig.com www.bebig.com

News-ID: 333847 • Views: 1965
Comments about openPR
Your portal is fast, simple, and easy to use. Others may have more functions but they also demand more editing time, you have to preformat the text in order to achieve a good result etc. I think openPR is really fantastic!
Andreas Knepper, wallmedien AG