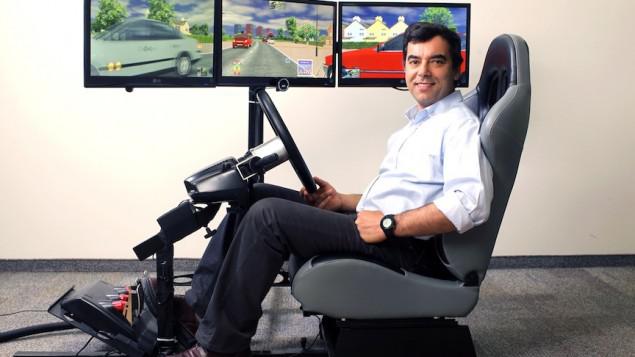 Nearly a billion dollars richer, MobilEye seeks to put road safety technology on hundreds of car modelsBY DAVID SHAMAH August 3, 2014Prof. Amnon Shashua of Hebrew University's Selim and Rachel Benin School of Engineering and Computer Science at the Faculty of Science, invented Mobileye, a system designed to prevent accidents by warning the driver in real time about dangerous situations and driving conditions. (Photo credit: Nati Shohat/Flash90). Technology was Licensed by Yissum.The news from Gaza has not tempered investor enthusiasm for Israeli tech. In its initial public offering on the New York Stock Exchange, driver safety tech firm MobilEye raised nearly a billion dollars in its initial public offering on Friday. Priced at $25 at the opening bell, clamoring investors drove share prices up to as much as $39.40 at one point. Shares closed Friday at $37, 48% higher than their initial asking price.It was the largest Israeli IPO in the US ever, eclipsing that of Partner Communications’ $525 million IPO in 1999. According to analysts, the $890 million raised by MobilEye gives the company a valuation of over $7.5 billion.The money will give MobilEye the opportunity to develop the next generation of its system — turning drivers into passengers, using “driverless technology.” MobilEye uses a monocular camera that magnifies images, together with sophisticated software that calibrates how much time a drive needs to brake in order to avoid colliding with the vehicle ahead. If the driver gets too close, an alarm goes off, and in some vehicles, the software is connected to the braking system — so that if the driver fails to brake in time, the system does it for him.The MobilEye Advanced Driver Assistance System (ADAS) also alerts drivers when they come too close to pedestrians and when they veer out of their lane. New versions of the system can also detect cyclists, debris on the road, curbs, barriers and constructions zones, and can also detect traffic lights and even read signs. The advanced version of the system will be enabled by a number of forward-facing cameras, with several low-cost radars for redundancy. All that, the company says, will make fully driverless cars feasible within the next two or three years, long before Google will be ready to sell its version of hands-free vehicles.Currently, the system is available in 160 car models from 18 equipment manufacturers (car makers and first-tier original equipment manufacturer, or OEM, accessory companies) — and with the new funding, MobilEye will be able to greatly expand its footprint. By the end of 2016, the company says, its advanced system will be available in 237 car models from 20 OEMs. Among the companies MobilEye already has a deal with include BMW, Chrysler, Ford, General Motors, Nissan, Peugeot, Volvo, Tesla, and truck manufacturers MAN SE, Scania, and IVECO.Analysts say MobilEye has a monopoly on this kind of technology (other ADAS manufacturers are far from coming to market), which has been responsible for the company’s strong growth. Between Q1 2013 and 2014, revenue was up over 200%.MobilEye’s technology has been 15 years in the making. The company was founded in 1999 by Ziv Aviram and Amnon Shashua, the Hebrew University professor who developed the technology. MobilEye was one of the Israeli technologies that U.S. President Barack Obama was shown when he asked about Israeli technological achievements on his visit to Israel in March 2013.issum Representative in charge of CS & IT technologies - Tamir Huberman VP Business Development & IT Director of Yissum (Technology Transfer Company of the Hebrew University)Link to original article: http://www.timesofisrael.com/biggest-ever-israeli-ipo-paves-way-for-driverless-cars/Yissum Research Development Company of the Hebrew University of Jerusalem Ltd. was founded in 1964 to protect and commercialize the Hebrew University’s intellectual property. Products based on Hebrew University technologies that have been commercialized by Yissum currently generate $2 Billion in annual sales. Ranked among the top technology transfer companies in the world, Yissum has registered over 8,500 patents covering 2,400 inventions; has licensed out 750 technologies and has spun out 90 companies. Yissum’s business partners span the globe and include companies such as Syngenta, Monsanto, Roche, Novartis, Microsoft, Johnson & Johnson, Merck, Intel, Teva and many more. For further information please visit www.yissum.co.il.Tamir Huberman Hi-Tech Park, Givat Ram, PO BOX 39135 Jerusalem, Israel 91390