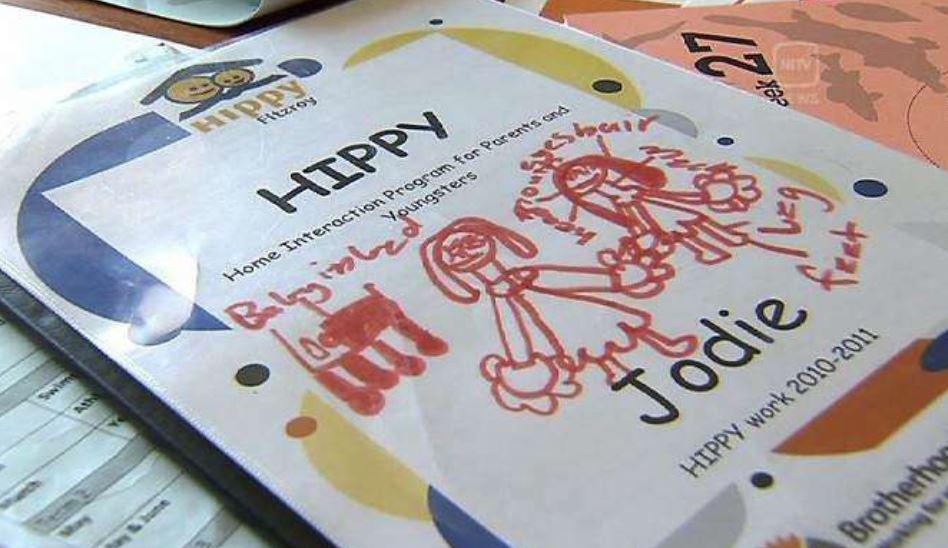 31 JAN 2014 - 5:54PM (SBS NEWS)By Sarah AboA home-based learning program is helping families in Indigenous and disadvantaged communities better prepare their children for their first years of education.The HIPPY program has improved learning by 30 per cent in some youngsters. Today, it has expanded into 25 new locations, focusing on Aboriginal and Torres Strait Islander communities.The two-year home based tutoring program supports parents in disadvantaged communities to prepare their youngsters for school.Koori mother-of-three, Janine home-schooled two of her children, Jodie and Patrick, as part of HIPPY.She says the results in the writing, spelling and language skills were immediate. "It involves spending 15 minutes a night. It's all about having fun with it and enjoying it and if they're enjoying it then they're going to want to do it more," Janine says.The program has strengthened their relationship and has empowered Janine too. She's now employed as an area coordinator of HIPPY."My mum was part of the Stolen Gens [Generations] so she brought us up as best she could, we did have issues, you know, [as a] family of 8," says daughter Jodie. "So I didn’t, ever think I'd be where I'm at today."HIPPY originated in Israel in 1969 (and is Licensed by Yissum, Tech Transfer of the Hebrew University), and now operates in 13 countries including the United States, Germany, Austria, Argentina, Canada, El Salvador, Italy and New Zealand.It was introduced in inner-city Melbourne 15 years ago, before growing to 50 sites across Australia. With the help of the federal government and Brotherhood of St Laurence, it's now being expanded into a further 25 locations, with a focus on Aboriginal and Torres Strait Islander communities. Director of the Brotherhood of St Laurence, Tony Nicholson says the HIPPY program helps children in disadvantaged communities catch up to and surpass the standards of other children their age."It's one of the most outstanding programs for ensuring disadvantaged youngsters get a good start in school and it's by and large because it engages parents in the process." Assistant Education Minister Sussan Ley says HIPPY also helps boost the confidence of parents, who then go on to help other families within their community."And what it does is make sure that the child is equipped to deal with the world of classroom, and obviously later the world of work and participating in society." Alice Springs grandmother Geraldine Stewart used the program to tutor two of her grandchildren who lost their mother. "I wanted my grandchildren to have an education, they'd just come from the community," Ms Stewart says. They have now improved their English skills while maintaining their Pitjantjatjara language."They're six and seven now and Jodie wins awards all the time, like role model awards at the school and Jade has just excelled in her learning," she says. "Jodie's already talking about being a teacher." Five people will be employed in the communities included in the expanded program, along the Murray-Darling River, up the eastern seaboard to Far North Queensland, in the Northern Territory and the Kimberley.Yissum Research Development Company of the Hebrew University of Jerusalem Ltd. was founded in 1964 to protect and commercialize the Hebrew University’s intellectual property. Products based on Hebrew University technologies that have been commercialized by Yissum currently generate $2 Billion in annual sales. Ranked among the top technology transfer companies in the world, Yissum has registered over 8,500 patents covering 2,400 inventions; has licensed out 750 technologies and has spun out 90 companies. Yissum’s business partners span the globe and include companies such as Syngenta, Monsanto, Roche, Novartis, Microsoft, Johnson & Johnson, Merck, Intel, Teva and many more. For further information please visit www.yissum.co.il.Yissum Representative in charge of CS & IT technologies - Tamir Huberman VP Business Development & IT Director of Yissum (Technology Transfer Company of the Hebrew University)Tamir Huberman Hi-Tech Park, Givat Ram, PO BOX 39135 Jerusalem, Israel 91390

05-21-2019 | Business, Economy, Finances, B …
QY Research, Inc.
Natural deodorant Market: Market share, size, opportunities, growth, and industr …
This report studies the global market size of Natural deodorant in key regions like North America, Europe, Asia Pacific, Central & South America and Middle East & Africa, focuses on the consumption of Natural deodorant in these regions. This research report categorizes the global Natural deodorant market by players/brands, region, type and application. This report also studies the global market status, competition landscape, market share, growth rate, future trends, market drivers,
11-20-2018 | Advertising, Media Consulting, …
ReportsWeb
Natural deodorant Market Analysis and Growth during the Forecast Period 2018-202 …
Overview of Natural deodorant Market The research report titled, Natural deodorant Market provides the newest industry data and industry future trends, allowing you to identify the products and end users driving Revenue growth and profitability. The industry report lists the leading competitors and provides the insights strategic industry Analysis of the key factors influencing the market. The report includes the forecasts, Analysis and discussion of important industry trends, market size, market
05-11-2017 | Leisure, Entertainment, Miscel …
Music Promotion Club
Young Lit Hippys Amazing Tracks in SoundCloud is Worth Listening
New wave hip hop and rap music immensely differ from old school hip hop and rap music in tone and approach. Hip hop music has given voice to young people for delivering some inner truths of the society. The fact that hip hop music has sometimes given rise to controversies cannot be denied. But today no longer it is regarded as a subversive genre and has made a solid space
03-09-2017 | Media & Telecommunications
Yissum
Home Instruction for Parents and Preschool Youngsters (HIPPY) Program to be Laun …
JERUSALEM, March 8, 2017 Tamir Huberman is VP Business Development at Yissum responsible for licensing this program. Yissum Research Development Company of the Hebrew University of Jerusalem, the technology-transfer company of the Hebrew University, announced today that it has signed an agreement with Lolo Educational Services Co. (LES), Korea for the entrance of it its wholly-owned Home Instruction for Parents and Preschool Youngsters (HIPPY) program into Korea. HIPPY is an early learning program
05-09-2016 | Science & Education
Yissum
Home Instruction for Parents of Preschool Youngsters (HIPPY)
“The HIPPY program is one of the most effective programs in the world for the age group of 3-5 preschoolers”, says Tamir Huberman, VP Business Development at Yissum. “We are proud of the fact that children around the world have a better chance in their education due to the HIPPY program”, says Tamir Huberman. Objective and Function of the HIPPY Program: ► HIPPY is a home-based, family-focused program that helps parents provide
02-16-2011 | Fashion, Lifestyle, Trends
Onfriday
Onfriday's New Ethical Bags Are Hip, Not Hippy!
A new British company is taking the fashion world by storm with its unique range of handmade bags that combine super-ethical credentials with cutting-edge design. Onfriday, based in York, sells bags of all kinds that appeal to both men and women via its website. The high-quality, on-trend designs, which have been sourced from all over the world, often feature unusual upcycled materials such as tyre inner tubes! Onfriday’s director, Ali Gane, says
Comments about openPR
OpenPR is clearly structured and remains true to its principle of confining itself to the essential parts. OpenPR has proven to be a very good and reliable partner to our media agency: Within the shortest time the releases are online and go down well with the media representatives. The success of OpenPR is reflected in the steadily increasing number of press releases. It is good that OpenPR exists!
Ursula Koslik, Director Marketing & PR, F+W Hamburg