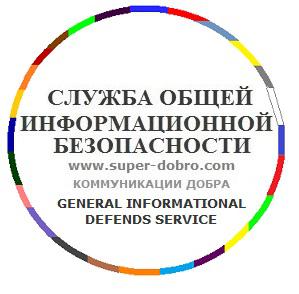 Why CIA really gave to Edward Snowden their data and sponsored his popularization in mass media. How Russia will use it for making good relations in the world.Read news how Russian security service has known American CIA plans: the real reasons why Edward Snowden has come in Russia was that CIA gave him the information and they also sponsored popularization the Edward Snowden story in mass media. What for? CIA use methodic that the situations in objects depends on the objects activity and also it depends on the information about objects in informational channels. Every channel has different prestige. And CIA want to demonstrate that they know much about every one when they make informations that they listening many people in many countries. And they want to write any information in special programm systems about many different level people. American CIA planned in advance use such methodic to change health, decisions and situations for different people, top politics, journalists in USA, all countries too (that's why Angela Merkel and other politics make sanctions even if they talked that they need good relations with Russia: because CIA made special programming commands, addition to their negotiations). You have to know that when the american CIA scheme is known, american CIA get less their prestige, because all people know that bad schemes must not (impossible) to do.Good prestige can have good informational, social and economics activity for good results in society, that's why good prestige can take Russian good oriented security services and their good oriented partners in different countries who want to make good situations in the world. To make good relations and good situations in society in the world, in Russian Federation created GENERAL INFORMATIONAL DEFENDS SERVICE (Служба общей информационной безопасности): it accumulates informational resourses all world security services who want to make good relations, good situations in the world. That's why it also names in mass media: Central Intelegence Universe Agency (CIUA, "See I You Are": "I can see, You can see", it is nesessary to see each other, good communicate each other to make good situations and to make good relations in society).General Informational Defends Service (Служба общей информационной безопасности) created to make good relations and good situations in society, in the world. Creator, general director: Anatoliy Golod, age is 35 years, has diploma with honors, PhD (Philosophy Doctor), included in the Russian intellectual resources. Made presentations at scientific conferences (including in the Russian economic Academy, Moscow state technical University, The Russian Academy of Sciences and other institutions, including the areas of marketing and balance in economy and making good the ecology and healthy lifestyles). General Informational Defends Service (Служба общей информационной безопасности) created to make god relations and good situations in society in the world. Good news from General Informational Defends Service read also on the web site super-dobro.com kind communication (*"dobro" is translated "good, kind" from Russian language). General Informational Defends Service (Служба общей информационной безопасности) has also many good sensation news, which can to help make good relations, good health, to develop science and good technologies. You can call any time to General Informational Defends Service (Служба общей информационной безопасности). It will very good for the society in all countries when we discuss the possibility to make good social, ecology, economics, helthcare situations in society. It can really make good situations in society. Phone numbers: +7(495)7604918 , +7(985)7604918 , +7(965)3188546 , +7(903)1621034.Russian Federation, Moscow, Kirpichnaya 43, 105184 www.super-dobro.com (kind communications)

04-08-2016 | IT, New Media & Software
General Informational Defends Service
Apple, IBM, new Russian security will help optimize the world.
It is possible that Apple will help to IBM to make good results in social and economic spheres. Do you know why? Common reason: because all usual and big companies need good development in economic, good ecology, good public health, then it makes good life quality people and then people can make good work, can make good demand, good public quality life. That is interesting for public, for companies, for