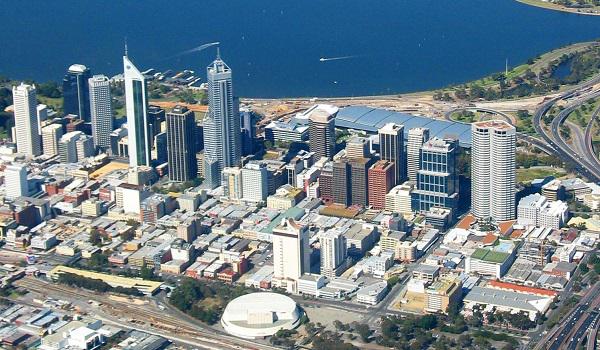 At one point during the state’s significant mining boom, petroleum and mining output contributed towards almost 90 per cent of the state’s total income during the 2008-09 period, contributing $61 billion towards the state economy.Now with the mining boom over, the Western Australian government is focusing its efforts towards the development of infrastructure and major projects, aimed at making improvements to transport, residential and commercial infrastructure.In the latest state budget the Western Australian government committed $24.1 billion towards the delivery of a four year infrastructure program, as well as significant funding towards the construction of health and educational facilities.This funding will contribute towards a wide range of developments taking place across the state, including the Forrestfield Airport link, the Perth Airport Redevelopment, the Perth Freight Link, NorthLink WA, as well as a variety of other infrastructure projects.The Western Australian government is also committing $428 million in funding towards the development of a new museum within the Perth Cultural Centre precinct, which aims to redefine the role of arts and culture within the city.The development is expected to create up to 23,000 square metres of new domain, including refurbishments to surrounding heritage buildings in the Old Gaol, Hackett Hall, and the Jubilee and Beaufort Street wings.The New Museum Project forms part of the State government's “Get the Bigger Picture” program, which will also foresee the development of the Fiona Stanley Hospital, Perth City Link, Elizabeth Quay and the Perth Stadium and Sports Precinct.The $1.4 billion Perth Stadium and Sports Precinct will include the construction of a new stadium and railway station in Burswood, which is expected to have the capacity to seat more than 60,000 people, with potential to upgrade to 80,000 seats. More than 6,000 tonnes of steel and 1,990 tonnes of concrete has already been installed in seating platforms alone, with the Swan River pedestrian bridge also being constructed alongside the stadium, to accommodate for an estimated 14,000 spectators on major event days.The 7th Annual WA Major Projects Conference - “Rebuilding after the Mining Boom”, is being held in April this year at the Perth Convention and Exhibition Centre as an opportunity for industry experts to discuss these developments.The conference is expected to attract over 300 delegates, with expert speakers including John Tondut, Principal Project Director of the Perth Stadium and Sports Precinct and Trish McDonald, Project Director of the New Museum Project.The state is also committing $1.2 billion towards the funding of new rail cars over the next ten years, as well as $560 million towards the development of social housing to deliver 1,000 additional social housing dwellings.The conference is an opportunity for industry leaders and government officials to share ideas on common challenges and acquire the latest information on major infrastructure projects shaping the development of Western Australia.The 7th Annual WA Major Projects Conference is being held at the Perth Convention and Exhibition Centre on the 6th & 7th of April.About Expotrade Expotrade is a global conference and event organizer with its head office based in Melbourne, Australia. Expotrade has delivered some of the largest, most successful B2B industry conferences and events in the areas of infrastructure, major projects, sustainability, technology & architecture. For almost 10 years, our unique blend of knowledge, experience and flexibility has accomplished an array of consistently top quality events. Today, Expotrade events enjoy such a distinctive edge, they are amongst the best patronised in the calendar. For more information, visit www.expotradeglobal.comExpotrade Australia Pty Ltd Suite 1, Level 1, 2 Brandon Park Drive Wheelers Hill VIC 3150 Australia Tel: +613-95450360

03-07-2019 | Industry, Real Estate & Constr …
Modus Property
"Home improvements, improving lives" Perth tradies give back with every job
Home renovations and building projects may seem like an unlikely space for a charity drive, but a group of Perth tradies have committed to giving a portion of every job to help families in India. Modus Property, which is headquartered in Cannington, has partnered with CINI Australia (Children In Need India), which supports children who are effected by HIV/AIDS and their families. "The message is pretty simple, while repairing homes for Australians,
06-25-2018 | Business, Economy, Finances, B …
Automobile Alloy Wheels Market
Total Car Removal Perth Is Offering Same Day Free Junk Car Removal
Perth, AU, June 20, 2018 – Total Car Removal Perth buys any car in any condition for cash and removes the junk car from the customer’s yard for free. Based in Perth, Australia, the Company has been eliminating unwanted junk, old or damaged cars in Perth and surrounding areas while paying top dollar in the process. The cash payment for the junk or unwanted car to be removed is paid
01-31-2013 | Industry, Real Estate & Constr …
Liberty Executive Offices
Liberty and Innovation in Perth are Creating Jobs
Jobs and opportunities are being created as a direct result of new innovations in the Perth commercial property market, says local office rental company Liberty Offices. One example is the launch of Spacecubed, a space dedicated for co-working, collaboration and innovation in 45 St George's Terrace. Devised to support start-ups, entrepreneurs and creatives all looking to launch new ideas, it's a hub of positive business ideas in Perth's Central Business District (CBD). Jamie
08-18-2011 | Industry, Real Estate & Constr …
SGS Industrial Services
SGS Conducts Complex Pavement Engineering Services for Interchange Project in Pe …
In May 2011, SGS, the world’s leading inspection, verification, testing and certification company, was awarded a contract by Abigroup to provide comprehensive Pavement Engineering for the Reid Alexander Interchange in Perth, Australia. As a sub-contractor, SGS is performing periodic pavement surveys to evaluate the quality of the newly constructed highway. SGS was assigned a contract to provide complex Pavement Engineering for the Reid Alexander Interchange Project in Perth, Australia, by Abigroup
01-31-2011 | Industry, Real Estate & Constr …
Moving Christians
Moving Christians Announces Homes for Sale in Beautiful Perth
WESTERN AUSTRALIA (January 2011) – Moving Christians announces homes for sale in beautiful Perth, Australia. The selection of homes is very diverse and all experience the benefits of the serenity and calmness of Perth. Homes for sale in Perth vary in size, style, architecture, and location. Perth is a bustling city where homes may be near a lot of city amenities. These homes are so close to local attractions that many
12-23-2010 | Business, Economy, Finances, B …
Australian Vanlines
Interstate Household MOVING to UK USA LONDON PERTH Office RELOCATIONS Internatio …
Every Move is special to us, be it Interstate Moving or Moving to Overseas, Relocations or Removals by http://www.vanlines.com.au, many more other moves like Moving Overseas, Moving to, Interstate Moving, Household Moving, International Removals, Relocations, Office Relocation, Moving Companies, Machine Moving, Self Storage, Moving, International Movers, Furniture Removalists, Furniture Removals, Moving Home, Moving to UK, Moving to USA, Moving to NZ, Interstate Removals, Moving to London, Moving to Perth
Comments about openPR
9 o'clock: discuss press release with client, 10 o'clock: submit release to openPR, within the briefest possible time release is published and displayed in a prominent place on openPR.de. I am thrilled!
Zehra Spindler, Calypso Now! - Communication Agency