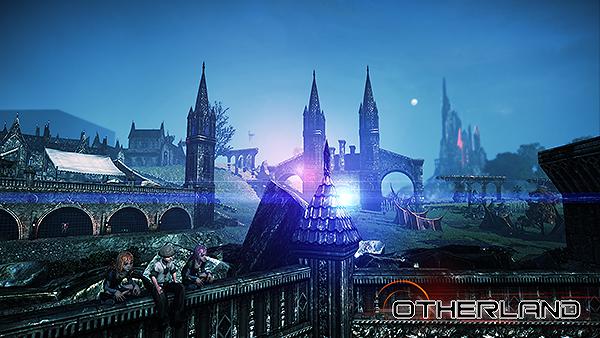 Hamburg, March 31, 2016 – Otherland, the Online RPG based on Tad Williams's famous novels, is available on Steam as an early access version with a brand-new update including three factions, various game optimizations, and numerous new quests.Otherland's most important new feature is the much-anticipated introduction of factions. From now on, players will have the chance to actively take part in the conflict between the Red and White Armies – and the Hackers will also play an important role. Traders of the corresponding factions will provide players with epic endgame gear that will be essential for the dungeons and raids currently in development. Also part of the update are a raise of the level cap up to level 60, a total of 90 all-new daily quests, 20 new locations, optimized enemy skills and balancing, 12 new Mars quests, and a re-worked SOMA drop rate.Additionally, the update will fix a number of display problems, improve the overall performance of the location 8Squared, and include extensively optimized collision models and detection as well as character and NPC pathfinding. In the MMO Otherland, the players explore a gigantic multiverse composed of various fantasy and sci-fi worlds and constantly improve their extraterrestrial equipment to succeed in challenging fights. 4 character classes, PvE and PvP battles, an action-oriented combat system, 5 unique locations, a virtual home for every player, and clan wars in individually designed worlds will make Otherland fans lose all sense of time and space. The game's story, a sequel to the famous novels, is a treat for both fantasy and science fiction enthusiasts.The complete official patch notes can be viewed on the Steam page for Otherland. (http://store.steampowered.com/app/376310/?l=english)About Otherland Otherland is an Unreal-based action MMORPG set in the world of Tad Williams's widely celebrated novels of the same name. In Otherland, players explore a multiverse of virtual worlds, including the futuristic Lambda Mall, the medieval 8Squared, or the Asia-inspired 5Isles. As they follow an intricate storyline, the players have to solve hundreds of quests and prevail in PvP and PvE battles. Extracting eDNA from NPCs serves as the basis for crafting rare individual items. Players can furnish their own virtual home in Otherland – and even create their own worlds in cooperation with their clan members. Otherland is being developed by DRAGO Entertainment on behalf of otherland co-production GmbH. For more information please visit http://www.drago-entertainment.com/otherland.About the gamigo group: The gamigo group is one of the leading gaming companies in Europe and North America. Over 100 staff members in Hamburg, Berlin, Münster (Germany) and Chicago (USA) are in charge of managing the platform (including Software as a Service and gaming portals) and the publishing of free-to-play mobile and online games. Fiesta Online and Dragon’s Prophet are just two examples of gamigo’s very successful multiplayer online role-playing game titles with a long-standing customer base. At the same time, the existing portfolio of games is constantly expanded with new titles, such as: Wickie Online, Kings and Legends, Desert Operations and Empire Universe 3. The gamigo group has a total of more than 65 million registered user accounts worldwide. In addition to online multiplayer games, gamigo is also stepping up investments in mobile games, including games such as Dino Empire and the cross-platform game The Rats. gamigo was one of the first few companies to discover the booming market segment of online games, and published the first MMOG that was completely localized into German as early as 2000. Besides organic growth, the gamigo group also performed 10+ M&As since 2014 and further strives to grow its business through the acquisition of companies specializing in games and technology.Press contact gamigo group Behringstrasse 16b 22765 Hamburg E: pr@gamigo.com T: 040 411 885 – 248

You can edit or delete your press release Otherland at gamigo and a massive content update for the Steam early access! here

05-24-2017 | IT, New Media & Software
gamigo AG
gamigo announces gamer party at Gamescom in Cologne
• August 23, 7 p.m., at "Wartesaal am Dom" • All gamers are invited to sign up in advance and enjoy free entry and drinks on the house • Top Acts: Sarazar, Circle of Alchemists, Rewinside, Defcon Unlimited & more cosplay acts Hamburg, May 23, 2017 gamigo AG ("gamigo", bond ISIN: DE000A1TNJY0) is among the world's leading publishers of community-based free-2-play games with more than 100 million registered user accounts and successful titles like
04-12-2017 | IT, New Media & Software
gamigo AG
Welcome to gamigo's excellent Easter feast
Hamburg, April 12, 2017 – The Easter Bunny is carrying an especially large basket full of surprises this year: all throughout gamigo's games countless eggs have been hidden, Easter baskets are waiting to be found, and lots of colorful minigames want to be solved. In short: extraordinary prizes are waiting around every corner. Want to go on an egg hunt while fighting beastly bunnies? That's exactly what awaits players in Fiesta
12-16-2016 | IT, New Media & Software
gamigo AG
Fiesta Online - The Lost Kingdom – Part one of the great level cap raise is no …
Hamburg, December 16, 2016 – The curtain falls, a new chapter begins: the great Fiesta Online content update, including a level cap raise up to level 135, is available as of now. Filled to the brim with exclusive features and a brand-new story line, this long-awaited patch is another milestone for gamigo's successful anime MMORPG. While players navigate their heroes through newly created landscapes searching for two mythical essences, countless innovations
12-05-2016 | IT, New Media & Software
gamigo AG
Fiesta Online: Part 1 of the New Level Cap Increase Coming in December 2016!
Hamburg, December 5, 2016 – gamigo's successful anime MMORPG, Fiesta Online, is getting the first of two massive updates this December, including a level cap increase to level 135! In advance of the update's release, players can feast their eyes on exclusive screenshots and an all-new teaser trailer. Called forth from the depths of the shadow world by the God of Greed, the fearsome leader of Pagel's dark army has returned.

01-28-2016 | IT, New Media & Software
DRAGO Entertainment
Otherland – “ClanLand” feature creates room for epic guild wars and exclus …
Krakow, June 30, 2015: Dedicated worlds for Clans, significant performance optimization on low-end hardware and a major overhaul of skills and abilities are the latest improvements developer DRAGO Entertainment has implemented in the Unreal-based MMORPG OTHERLAND. Much more than just “Guild housing” – the new ClanLand With U|Space, Otherland already boasts a fresh approach to the classic player housing feature in MMOs. The ClanLand feature takes this principle even further – each
Comments about openPR
OpenPR is clearly structured and remains true to its principle of confining itself to the essential parts. OpenPR has proven to be a very good and reliable partner to our media agency: Within the shortest time the releases are online and go down well with the media representatives. The success of OpenPR is reflected in the steadily increasing number of press releases. It is good that OpenPR exists!
Ursula Koslik, Director Marketing & PR, F+W Hamburg