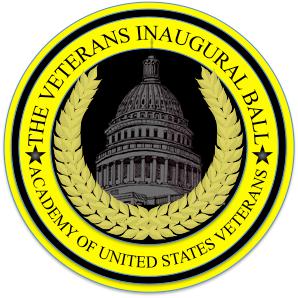 Alliance of America’s Veterans Holds Ball to Celebrate the Presidential inauguration Washington, D.C., March 11, 2016-In celebration of the inauguration of the 45th President of the United States, an alliance of veterans and Veteran Service Organizations will host an elite, non-partisan inaugural ball at the prestigious Hay-Adams Hotel in Washington D.C. The Veterans Inaugural Ball will benefit the Coalition to Salute America’s Heroes, Military Order of the Purple Heart, and Paralyzed Veterans of America--bringing together Veterans, Government Officials, and A-List celebrities for a once in a lifetime opportunity to celebrate our proud, American tradition on the night of the inauguration of the President of the United States of America. The Veterans Inaugural Ball in conjunction with the Veterans Awards ceremony will be saluting non-profit organizations for their selfless service in the lives of our veterans and their families across our great nation. Upon arrival, our diverse and prominent attendees will walk down a black carpet in remembrance and honor of our Fallen Heroes. The captivating, panoramic views of the White House, Lafayette Square and St. John’s Church (Church of the Presidents) will be accompanied by a gourmet dinner and live performances. The consummate location of the Hay-Adams in the heart of our nation’s capital, will be a gratifying experience on it’s own. Guests will leave with a lasting impression and reflect on what the United States holds dear: Our Nation’s Heroes! Lieutenant Michael P. Murphy Award The Veterans Inaugural Ball in conjunction with the Veterans Awards ceremony, will honor Medal of Honor recipient, Lieutenant Michael P. Murphy, US Navy SEAL, by presenting the Best Veterans Education Award to the most impactful educational institution in service to our men and women in uniform. The guests of The Veterans Inaugural Ball will have the honor of having Lieutenant Michael P. Murphy’s family in attendance the night of the inauguration. About Military Order of the Purple Heart Chartered by Congress in 1958, The Military Order of the Purple Heart is composed solely of military men and women who received the Purple Heart Medal for wounds suffered in combat or as a result of acts of international terrorism. About the Coalition to Salute America’s Heroes The Coalition to Salute America’s Heroes, founded in 2010, strives to help severely-wounded veterans and families of Operation Enduring Freedom, Operation Iraqi Freedom, and Operation New Dawn recover from their injuries and illnesses, and to inspire other organizations and the general public to participate in this effort. About Paralyzed Veterans of America The Paralyzed Veterans of America’s mission is to help veterans by securing benefits that have been denied and helping veterans get back to work. Additional details and ticketing information about the event can be found on www.theveteransinaguralball.com Contact: www.theveteransinauguralball.com Heather Haro Chief Communications Officer hharo@veteransinauguralball.com (703) 642-5360An alliance of Veteran Service Organizations will be hosting a Veterans Awards ceremony in conjunction with the Veterans Inaugural Ball to salute the selfless service of our Veterans and celebrate the Inauguration of our 45th President of the United States.5413 Backlick Rd

You can edit or delete your press release The Veterans Inaugural Ball, January 20, 2017 here

11-26-2020 | Leisure, Entertainment, Miscel …
Heart Heating, Cooling, Plumbing & Electric
Veteran-Owned, Denver Metro HVAC/Plumbing/Electric Company Reaches Out to Help O …
This year’s unpredictability has no doubt left some veterans and their families struggling. These struggles could prevent some from finding warmth and comfort in their homes during the cold winter months. Heart Heating, Cooling, Plumbing & Electric wants to help one special veteran and their family enjoy the comfort they deserve. In its inaugural year, the Veterans Warm Our Heart Benefit is accepting nominations for a deserving veteran family who needs
03-08-2019 | Arts & Culture
Military Connection
MilitaryConnection.com Launches the Veteran Art Connection
· VeteranArtConnection.com features an online gallery of work created exclusively by Veterans of our Armed Services suffering from PTSD · Online Gallery has pieces available for purchase · The Veteran artist gets 50% of the sales after production costs and the art therapy organization gets 10% ·
06-23-2017 | Business, Economy, Finances, B …
Bow Tie Strategies
NATIONAL HIRE A VETERAN DAY
National Hire a Veteran Day – a virtual career fair for veterans searching for employment opportunities – is scheduled for July 25th from 12:00pm- 3:00pm EST. HireOurHeroes.com – the number one Veteran Job Board in the United States – is launching an initiative for employers to hire qualified Veterans for civilian professional opportunities. This event allows all companies interested in hiring veterans to meet and interview experienced veterans in
07-29-2011 | Business, Economy, Finances, B …
Nixle
Nixle Names Veteran Technologist CEO
Eric Liu Named as Chief Executive Officer; Scott Mason Assumes Role of Chairman San Francisco, CA – July 28, 2011 – Nixle, LLC, a leader in civilian messaging applications for local, state, and federal law enforcement agencies has announced the promotion of Eric Liu to its Chief Executive Officer position and appointment of Scott Mason as Chairman. Liu, who joined Nixle in 2008, was previously the company’s Chief Product Officer. These
12-08-2010 | IT, New Media & Software
Stark Logic
Stark Logic Hires Franchise Industry Veteran
Oceanside, California (openpr) December 07, 2010 - Stark Logic announces the hiring of Maria A.Cortez (Macias) to run the Stark Logic division in the Customer Service Department as the Director of Customer Affairs. Stark Logic is a full service internet marketing agency that combines web site design ( http://www.starklogic.com ), search engine marketing, and social media marketing to brand businesses, drive traffic to its client’s web sites, and convert visitors
07-29-2010 | Advertising, Media Consulting, …
Silver Bridge
Wilmington Trust Veteran Joins Silver Bridge
BOSTON, MA (July 28, 2010) – Silver Bridge, a wealth advisory firm affiliated with the law firm Wilmer Cutler Pickering Hale and Dorr LLP, announces the appointment of Kevin M. Fretz as Client Advisor in the firm’s Mid-Atlantic office. Fretz, who has 20 years of experience in the wealth management industry, joins Silver Bridge from Wilmington Family Office, the multi-family office subsidiary of Wilmington Trust Company. He will be working
Comments about openPR
OpenPR ist the nicest and most clearly laid out PR platform I have seen to this day. The press releases are displayed very nicely and clearly and without any unnecessary frills. The updates are fast and the finished release looks appealing and is clearly legible. Even with 16 years of experience one discovers new things from time to time. Congratulations!
Gabriele Ketterl, Director Marketing & PR, Menads