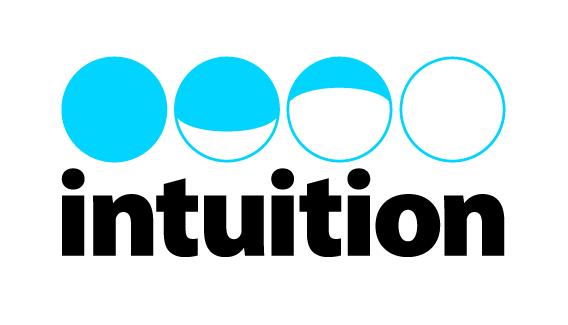 The "YouTube of Games" Adds Dinowaurs by Intuition Games to List of Select Indie Games Now Under DevelopmentDES MOINES, Iowa -- November 13, 2007 – Intuition Games, a new startup independent game developer, today announced its first title Dinowaurs has been selected to be among the first premium games under development exclusively for Kongregate, a leading social Web games site featuring compelling community features and free, user-uploaded Flash games. Dinowaurs, a multiplayer online dinosaur combat and strategy game, is slated for release in Spring 2008.Kongregate's recently announced Premium Developer Program is aimed at game developers seeking funding for larger-scale, community-focused Web games. The program provides advances and royalties to developers in addition to letting them maintain control of their own intellectual property after a period of exclusivity. These premium games will be played using the Adobe Flash Web browser plugin, will emphasize great gameplay and community-building multiplayer features, and will earn revenue through microtransactions.Dinowaurs is a multiplayer strategic combat game where two innocent dinosaurs, armed to the teeth with bombastic weaponry, are forced to partake in a kill-or-be-killed fight to the death, where only one will survive. Because the dinosaurs are only focused on food, like cows grazing in a pasture, they are oblivious to the surrounding battle and are inadvertently causing their own extinction."We've always loved dinosaurs ever since we were kids," said Josh Larson, Intuition's Chairman of Markerboard Doodling. "We are excited by the idea that we could express that love through video games, one of our generation's most popular art forms." Mike Boxleiter, Vice Chair of the Wheat Advisory Committee for Intuition added, "As children, our knowledge of dinosaurs was limited to our imaginations. But as we grew older and learned the stories of our parents' youth, we were able to gain deep insight through their first-hand accounts of the terrible lizards that roamed the land in those days. Now, we've finally been able to pass those on."Intuition Games formed around the idea of the game, when in May 2007, Ted Martens and Greg Wohlwend had an idea for a dark and humorous cartoon dinosaur fighting game. The dinosaurs were actually unaware of the fact that they were fighting since they only cared about food. Josh and Mike had been brainstorming game ideas on an internet forum and met with friends Ted and Greg to hear about the idea. The group hit it off and developed the Dinowaurs idea into a multiplayer combat game with a unique strategy element of villages that produced the weapons for the dinosaurs.“Dinowaurs is a fantastic concept that plays off the incongruity of innocence in a dark and violent setting,” said Chris Pasley, Director of Games at Kongregate. “We’re really excited to be working with Intuition to develop this as one of our first premium games.”For more information, contact: Intuition Games 6601 Westown Parkway, Suite 200 West Des Moines, IA 50266 Josh Larson, 515-708-2257 josh@intuitiongames.comAbout Intuition Games Intuition Games is an Iowa-based independent game developer dedicated to making an impact in our world through creativity, fresh ideas, and bringing people together in community. Founded in 2007 by four young friends, Intuition is currently developing its first title Dinowaurs, a Web-based multiplayer dinosaur combat and strategy game. Intuition's website can be found at www.intuitiongames.com. About Kongregate Kongregate is a social Web games site that combines nearly 2,000 user-submitted games with compelling social and community features. Based in San Francisco, CA, the company was founded in 2006 by brother-and-sister team Jim Greer, a game industry veteran, and Emily Greer, an interactive marketing executive. Kongregate is funded by Greylock Partners and leading Web 2.0 angel investors, including Reid Hoffman, a LinkedIn co-founder and social networking pioneer; Joe Kraus, co-founder of Excite and JotSpot; Jeff Clavier, one of the most active Web 2.0 angel investors; and Richard Wolpert, an early investor in GameSpy and the former president of Disney Online; among others. Visit Kongregate at www.kongregate.com.

News-ID: 32276 • Views: 1091
Comments about openPR
OpenPR is clearly structured and remains true to its principle of confining itself to the essential parts. OpenPR has proven to be a very good and reliable partner to our media agency: Within the shortest time the releases are online and go down well with the media representatives. The success of OpenPR is reflected in the steadily increasing number of press releases. It is good that OpenPR exists!
Ursula Koslik, Director Marketing & PR, F+W Hamburg