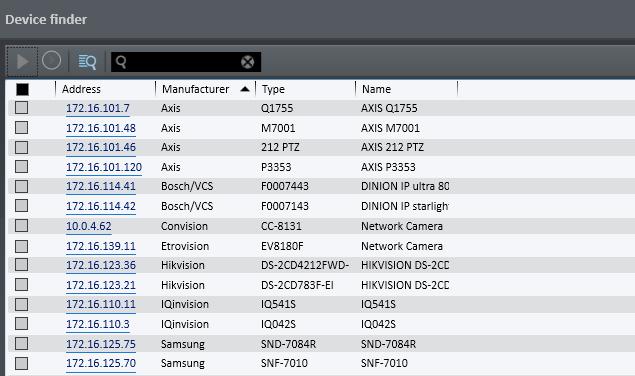 After many customers and partners already took the chance to take a first look at some new features at Security Essen 2014, the fifth release of the video management software SeeTec Cayuga is now going to be available in the beginning of December. The following aspects have been the focal points during the development of the new version R5: Installation, management and operations should be optimized and simplified. In addition it should be easier to integrate the software into customers’ processes and systems.First of all, users will recognize a remarkable performance improvement of the client software, which was made possible through numerous optimizations in various parts of the software. So the processing times for starting the client, visualizing views or switching to archive mode could be reduced by up to two thirds. This allows the security staff to operate the system more smoothly. In addition, a new tool speeds up the installation and configuration of SeeTec Cayuga R5 systems: The newly developed Device Finder searches and detects all IP cameras and video encoders available on the network – automatically and across all vendors. Cameras can be added to the SeeTec system with just one click – afterwards they will immediately be available in live and archive mode with a standard configuration. Furthermore in SeeTec Cayuga R5 the Update Server has been overhauled, making the management of existing systems much easier. If a SeeTec Cayuga server is connected to the internet, the Update Server can automatically download, deliver and install patches and updates for the SeeTec software. Thus the system is always up to date and errors caused by the manual installation of updates are avoided. Especially in large installations containing several servers and clients the use of the Update Server means a significant saving of time for the administrator. For customers who need a system language, which is not yet available in SeeTec Cayuga, R5 provides new options to facilitate the system use: A new localization interface makes it possible to export existing system language sets and to import own localization files.   Another highlight of SeeTec Cayuga R5 are the software’s extended integration capabilities. Due to the support of more than 1,000 different camera models SeeTec Cayuga already allows a customized planning of video systems. SeeTec Cayuga R5 now for the first time contains generic camera drivers, which make a wider spectrum of products from certain manufacturers available in the SeeTec system - even without the need to install a new software release. In a first step all camera models from Axis, HIK Vision, Samsung and Sony with a particular firmware version can be used. But SeeTec Cayuga has not only become more flexible on camera side: Especially in large installations monitor walls are inevitable to allow security staff always to keep an eye on what happens on site. Therefore SeeTec has been fostering a close partnership with eyevis, one of the leading manufacturers of large screen visualizing solutions. For the interaction of SeeTec Cayuga and eyevis video walls a new interface has been developed – the deployment of a combined solution now provides additional advantages. For instance cameras and views in SeeTec Cayuga can be visualized on an eyevis wall manually, using pre-configured buttons or automatically, triggered by alarms or events. All camera devices supported in SeeTec Cayuga can also be used and displayed on eyevis systems. Even the simultaneous control of several large screen systems is now possible from within the SeeTec Cayuga software.Especially for banks and customers in the public sector SeeTec Cayuga R5 offers an additional benefit: To comply with IT security requirements in these markets, the security standards, which have already been very high in all SeeTec software versions, were further optimized. Thus the reliable encoding of the communication between client and server has been improved. Furthermore also the data transmission between Mobile/Web Client and the SeeTec server as well as data exports are now also secured using SSL certificates and 3DES.SeeTec AG is one of the leading providers of video management software in Europe. Since 2000 SeeTec has developed and supplied SeeTec software solutions for security applications. Additionally, SeeTec offers industry-specific solutions in the fields of transport & logistics, sales, finances, and critical infrastructures & cities. These applications support the customer‘s business processes, and make the company’s hidden potentials for success usable. The basis for this is the system concept of the multi solution platform. Apart from the core software, it includes a variety of expansion capabilities and interfaces to several third party systems, e.g. from the fields of access control or building management. As modular software construction kit, the Multi Solution platform enables the implementation of industry-specific and customized video solutions, also with an entirely optional scale over time. SeeTec supports its customers during all project periods, and ensures with a sustained service concept that your video system always remains up to date even after the purchase. Apart from the headquarters in Bruchsal (Germany), SeeTec has sales and support bases in France, Great Britain, Austria, Switzerland and Turkey, and draws on a global network of certified partners.Anna Wiegel, Marketing / Public Relations Werner-von-Siemens-Str. 2-6, 76646 Bruchsal Phone: +49 7251 9290-513, Fax: +49 7251 9290-815 marketing@seetec.de, www.seetec-ag.com

08-26-2013 | IT, New Media & Software
SeeTec AG
Andreas Beerbaum (CSO) is leaving SeeTec
Facing a new professional challenge, Andreas Beerbaum, Chief Sales Officer at SeeTec AG, will leave the company in August by his own request. Stephan Rasp, Chief Executive Officer at SeeTec, thanks him for his commitment during the past five years: „As a member of the board Andreas Beerbaum had a great impact on preparing SeeTec for our future success. He was leading in pushing the development and implementation of our
11-29-2012 | IT, New Media & Software
SeeTec AG
ACIC Video Analytics becomes SeeTec Solution Partner
With ACIC Video Analytics a new member is welcomed to the SeeTec solution partner network. As strategical partners both software manufacturers have embedded components of the other provider into their solution world to complement their particular range. ACIC’s video analytics enables an automatic monitoring of events and generates statistical surveys by using the image material. As an open platform ACIC Video Analytics can smoothly be adopted to customers wishes and
09-06-2012 | IT, New Media & Software
SeeTec AG
SeeTec’s tailored video solutions at this year’s Security Essen
Security Essen celebrates its 20th anniversary and SeeTec joins the party. From September 25th – 28th SeeTec shows cutting-edge IP-based video management solutions in cooperation with eyevis and Rimage as partners at booth 213 in hall 2. This year’s fair presence focuses on the SeeTec Multi Solution Platform. Based on a joint software architecture this flexible system concept offers numerous modules and enlargement options. This enables a video management ecological system