Press release from: A10 Networks 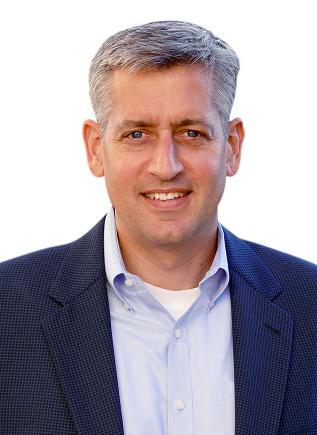 Jason Matlof, vice president of worldwide marketing at A10 Networks

“Network security risks are constantly changing, and it’s crucial that vendors constantly keep up with that fast rate of change,” said Jason Matlof, vice president of worldwide marketing at A10 Networks. “A10 Networks is committed to regularly undergo independent third-party testing and certification with leading laboratories like ICSA Labs to verify that we’re maintaining the high standards that our customers expect and that we’re developing our security posture to stay ahead of rapidly evolving risks. Security managers, application developers, and others deploying web-based applications can be confident our solutions met all of the criteria elements necessary to achieve this ICSA Labs WAF Certification.”

ICSA Labs testing and certification provides security professionals and application developers who deploy web-based applications with the confidence that the A10 ADC solutions perform as intended to secure those vital application services from exploitation and attack.

The A10 ADC solutions were installed in an ICSA Labs environment designed to mimic and represent a real-world deployment of a web application firewall. ICSA Labs Network Security analysts ran an increasingly sophisticated suite of web attacks, penetration tests, and scans against a set of websites protected by the A10 ADC solutions to verify WAF functionality.
During the simulation, lab analysts also verified that the A10 ADC solutions were not susceptible to commonly known vulnerabilities or exploits. This includes attacks targeting buffer overflow, cross site scripting (XSS), cross site request forgery (CSRF), improper input validation session mismanagement and information leakage.

ICSA Labs, an independent division of Verizon, offers vendor-neutral testing and certification. ICSA Labs tests WAF products against a standard, yet evolving set of criteria composed of both functional and assurance requirements.

The 2.1 version of the ICSA Labs certification criteria accommodates the evolution and different functional requirements of today’s web application firewall market. The goal of ICSA Labs is to significantly increase user and enterprise trust in information security products and solutions.

The certification report for A10 Networks is available at the ICSA Labs website via the following link:
https://www.icsalabs.com/sites/default/files/A10_AXThunder_WAF_Report_20140529_0.pdf

About A10 Networks
A10 Networks (NYSE: ATEN) is a leader in application networking, providing a range of high-performance application networking solutions that accelerate and secure data center applications and networks of thousands of the largest enterprise, service provider and hyperscale web providers around the world. Founded in 2004, A10 Networks is based in San Jose, Calif., and serves customers globally with offices worldwide. For more information, visit: http://www.a10networks.com

About ICSA Labs
ICSA Labs, an independent division of Verizon, offers third-party testing and certification of security and health IT products, as well as network-connected devices, to measure product compliance, reliability and performance for many of the world's top security vendors. ICSA Labs is an ISO/IEC 17025:2005 accredited and ISO 9001:2008 registered organization. Visit https://www.ICSAlabs.com and https://www.ICSAlabs.com/blogs for more information.

A10 Networks, A10 Thunder, vThunder, ACOS, aCloud, aFleX, aXAPI, aVCS, Virtual Chassis, AX, SoftAX, and aFlow are trademarks or registered trademarks of A10 Networks, Inc. in the United States and other countries. All other trademarks are property of their respective owners.

More Releases from A10 Networks