Press release from: The SaxTips Podcast 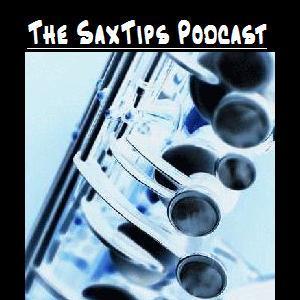 Press Release from: SaxTips Podcast The New Yorker Saxophonist Evan Tate presents his Saxophone Workshop over the World-Wide-Web as a Podcast. For more than a decade Saxophonist/Composer Evan Tate has been an in-demand session musician featured with such formations as the "Munich Saxophone Family", "The New Doug Hammond Trio", "Legacy" and the "Manhattan Symphony Orchestra". Evan has also lead his own projects "Spherical" and "Hittin' Hard". Evan Tate has also made appearances in Austrian and German radio concerts. Evan Tate currently resides in Munich, Germany. Evan Tate is a graduate of the illustrious Manhattan School of Music where he studied under the Master-Teacher the Late Dr. Joe Allard. Some of Allard’s most famous students were Micheal Brecker, David Liebman, Steve Grossman, Bob Berg, Eddie Daniels, Eric Dolphy, Harry Carney to name only a few. Evan Tate passes on the secrets of saxophone playing in his private lessons and in his „Way To Mastery: Saxophone Workshop“. Since 1993 Evan Tate is an endorser for the leading German saxophone manufacturer Julius Keilwerth, and presents the “Way To Mastery: Saxophone Workshop” in cooperation with Keilwerth. This year alone the Workshop already has been presented in the “Rock Shop” in Karlsruhe, during the “Stuttgart Saxophone Days”, den “First Walldorfer Saxophone Day“, and during the „Blaesertage in Bamberg“. Der Workshop contains among others the following topics: The Basics, Theory of Tone Development, Theory of Embouchure, Theory of Breathing, Theory of Tonguing, Theory of Intonation, Theory of Technique, The Practice of Practicing, How to choose a „Mouthpiece – Reed – Ligature“ Setup, The Altissimo Range, and special techniques for the Soprano Saxophone. Since the end of September 2005, Evan Tate offers his saxophone expertise on the web as podcasts. The podcasts are available separately in english and german. You will find more information on my website (http://www.evantate.de/pod_dir.html) or contact Evan Tate directly. For more Information: Evan Tate Tel: 001 - 49- 89- 489 50 520 Email: evan@evantate.de Metzstr. 11 D-81667 Munich, Germany http://www.evantate.de