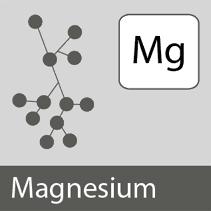 The magnificent mineral magnesium is the second most abundant mineral in our cells, its involved in more than 300 chemical reactions in the body, and is known to be effective for strengthening heart health, reducing diabetes, and for treating migraines, insomnia and depression. With increasing age, the risk factor for developing magnesium deficiency grows larger. A National Institutes of Health fact sheet says older adults are at increased risk of magnesium depletion due to a decreased ability to absorb the mineral. And according to the Journal “Sleep”, nearly 50% of older adults are experiencing insomnia and having with difficulties with falling asleep, staying asleep, and waking up early. Several reports have come out regarding the role of magnesium deficiency in insomnia. The journal “Magnesium Research” writes that magnesium deficiency contributes to sleep disorders and interrupts sleep by reducing melatonin levels in the body. According to the Human Nutrition Research Center in North Dakota, a high magnesium diet has been found to be associated with deeper, less interrupted sleep. Good sources of magnesium in foods include fish, whole grains and green leafy vegetables. The most recently released study on magnesium for sleep comes from the University of Medical Sciences in Iran. Its subjects were 46 older adults, aged 60 to 75, who were experiencing insomnia. However, it’s interesting to note the researchers recommend their results be extended as a helpful aid to all ages of the general population. In the University study, the subjects were divided into two groups. One group received placebos, while the other received magnesium oxide tablets twice a day (250 milligrams each) for eight weeks. In the group that was given magnesium, the subjects experienced significant increases in sleep time and sleep efficiency, with less night time interruptions and fewer early morning awakenings. From blood samples taken, the researchers found that magnesium significantly reduced cortisol levels in the body, which is a stress hormone that can keep people awake. Magnesium also brought about a statistically important increase in melatonin, the hormone involved with sleep-wake cycles.The researchers concluded that supplementation with magnesium improves subjective and objective measures of insomnia in elderly people and is a useful natural remedy to manage sleep disorders – not only in the elderly but as an effective sleep aid for people of all ages.Regarding supplements containing magnesium that are taken as an insomnia remedy, the combination of minerals included and the presence of complementary vitamins (such as calcium and vitamin D) are vital. Formulas should contain a 2 to 1 ratio of calcium to magnesium for the best utilization in the body. The original research on this recommended ratio appeared in 1935 in the Journal of Physiological Reviews. In addition, softgels that mix the minerals with natural carrier oils allow them to be more fully absorbed than with tablets or capsules.One formula that has these qualities and is gaining in popularity is Sleep Minerals II from http://www.NutritionBreakthroughs.com. Sleep Minerals II contains highly absorbable forms of calcium and magnesium, the best minerals for sleeplessness and insomnia, as well as for restless legs syndrome, bone strength, teenage insomnia and menopause insomnia. The formula also includes vitamin D and zinc and is delivered in a softgel form with healthy rice bran oil, making it quickly absorbable and allowing it to provide a deeper, longer-lasting sleep. Sadie D. from The Netherlands says: "I am ever so grateful that I discovered Sleep Minerals II after suffering with premenopause and now the real menopausal insomnia. I felt like I was slowly losing my mind due to the continual lack of sleep. I can't express the relief of getting a good night's sleep and being able to function properly.”Richard P. of Parkville, Maryland says: "The Sleep Minerals are making quite a difference. I was regularly waking at around 3:00 a.m. and after a few days use my sleep improved quite a lot. I wake once a night to go to the bathroom, but the great thing is, I then fall back asleep and sleep several more hours. This has been a great improvement.”Minerals have come to the forefront as some of the most effective natural remedies for insomnia.Since 2001 Nutrition Breakthroughs has been providing natural health articles and effective natural remedies. Their mission is to provide nutritional supplements that get results, and therefore help people to avoid drugs and their side effects. Since 2009, their natural sleep remedy Sleep Minerals II has been keeping that promise -- by soothing even the worst insomnia and helping everyone from teenagers to seniors to get a good night's sleep. For more information on Sleep Minerals II, visit: http://www.NutritionBreakthroughs.com/html/sleep_remedy_for_insomnia_help.htmlNutrition Breakthroughs 1413 Fifth St., Suite D Glendale, CA. 91201 Contact: Jobee Knight, President (818) 913-4308 http://www.NutritionBreakthroughs.com

You can edit or delete your press release Insomnia News: Magnesium an Effective Sleep Remedy per Recent Studies here