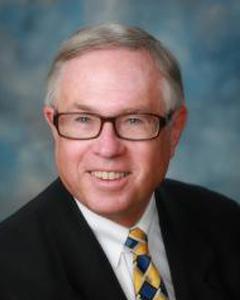 The Pepperdine University Graduate School of Education and Psychology (GSEP) Superintendent Advisory Council has named Don Brann, EdD, Inglewood Unified School District State Trustee, as the 2014 GSEP Superintendent of the Year. Brann will be honored by Tom Torlakson, State Superintendent of Public Instruction, at a dinner reception on January 30 in Monterey, Calif. “I am deeply appreciative and honored to have been selected by Pepperdine University to receive the Superintendent of the Year recognition,” said Brann.Brann’s career in education spans more than four decades. Appointed to the first of four superintendencies at age 34, he has led public school districts in Lancaster, Petaluma and Placerville before returning to his alma mater, Wiseburn, for fifteen years. His record at the Wiseburn school district is exceptional. By 1993, Wiseburn had lost two of every three students, had closed three of six schools and the enrollment was down to 1,000 students. When Brann retired in 2008, each school in the district had been or was scheduled to be rebuilt, one closed campus was re-opened, test scores were climbing and enrollment numbers indicated over 2,000 students.“Don is a master in the development and maintenance of a strong and productive district culture,” said Tom Johnstone, EdD, who nominated Brann and was named Superintendent of the Year in 2013. “He attracts strong leaders and he provides the guidance, leadership, and autonomy for them to thrive.”In July 2013, it was announced that Brann would come out of retirement to accept the role of state administrator for Inglewood Unified. At that point, the school district had been taken over by the state, had lost nearly a third of its students, and its campuses needed renovation. “In my encore career, I have the opportunity to make a positive difference in meeting the challenges facing Inglewood Unified School District,” said Brann. “It’s a fascinating endeavor.”Hopes are high that Brann can turn things around. In Johnstone’s nomination, he noted that Brann had a strong track record of making difficult decisions, especially during times of severe fiscal hardship.“His strong moral compass always points to what is in the best interests of the kids,” said Johnstone. “This leadership has been reinforced through every board change and in every district that he has served.” Torlakson will provide commentary on California education and recognize Brann and others at Thursday’s reception. The event coincides with the Association of California School Administrators’ annual symposium.Nominees for Superintendent of the Year were evaluated based on how well they demonstrated success in the following six areas: visionary leadership, instructional leadership, family and community involvement, ethical leadership and building leadership capacity, organizational management, and advocacy.About the Superintendent Advisory Council A consortium of state superintendents gathers for training, advocacy and discourse regarding issues related to education. The superintendents also advise the Pepperdine University Graduate School of Education and Psychology on teacher credentialing, administrative training, and master’s and doctoral programs. Each year, in tandem with the Association of California School Administrators annual symposium, the Council hosts a dinner in Monterey, Calif. to present the Superintendent of the Year award as well as the Superintendent of Distinction award.About the Pepperdine University Graduate School of Education and Psychology (GSEP) GSEP is an innovative learning community where faculty, staff, and students of diverse cultures and perspectives work collaboratively to foster academic excellence, social purpose, and personal fulfillment. Through its integrative coursework and practical training, GSEP prepares students to serve the needs of others through skilled leadership. GSEP offers six master's and four doctoral programs across its five graduate campus locations throughout Southern California and online. Programs are fully accredited by the California Commission on Teacher Credentialing, the Western Association of Schools and Colleges, and the American Psychological Association. For more information, visit: gsep.pepperdine.edu6100 Center Dr. 5th Floor Los Angeles, CA 90045