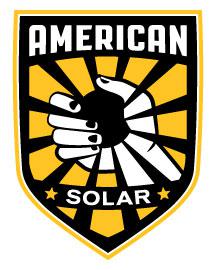 American Solar, Arizona’s leader in residential solar installation and innovation, announced today that it has been named the Official Solar Energy provider for the 2014 Waste Management Phoenix Open, “The Greatest and Greenest Show on Grass,” January 27 – February 2 at TPC Scottsdale. American Solar will provide a 2.5 kW photovoltaic array to power the event. It will be installed near the 18th hole alongside the Waste Management corporate tent and is nearly identical to the type of solar energy system installed on a typical Arizona home. American Solar will use LG 255 panels and one inverter to complete the set-up.This will be American Solar’s first year at the Waste Management Phoenix Open.“We’re excited because this puts solar energy at center stage before a worldwide audience,” said American Solar President Sean Seitz. “It’s the perfect opportunity to show how easy, economical and effective it is to use a solar energy system as a primary source of power.” “We look forward to working with American Solar at the 2014 tournament,” said 2014 Waste Management Phoenix Open Tournament Chairman Tom King. “The tournament’s title sponsor has quickly transformed the Greatest Show on Grass into the Greenest Show on Grass and we’re in full support of their ongoing efforts to educate our fans and have a positive impact on our environment.” American Solar is a homegrown Arizona business. At work for more than 13 years, the company has installed residential solar energy systems in 4500 homes statewide. For more information about solar energy and how it can work for you, visit American Solar at www.americanpv.com.The Waste Management Phoenix Open will be played January 27 – February 2, 2014, at the TPC Scottsdale. The tournament host The Thunderbirds have raised more than $86 million for charities, with more than $60 million generated since 2004. The 2014 edition will mark the 79th playing of the event, making it one of the five oldest events on the PGA TOUR (not including the major championships). Title sponsor Waste Management, Inc., based in Houston, Texas, is the leading provider of comprehensive waste management services in North America. Through its subsidiaries, the company provides collection, transfer, recycling and resource recovery, and disposal services. It is also a leading developer, operator, and owner of waste-to-energy and landfill gas-to-energy facilities in the United States. The company’s customers include residential, commercial, industrial, and municipal customers throughout North America. For more information on Waste Management visit wm.com or thinkgreen.com. For more information on the Waste Management Phoenix Open, visit wmphoenixopen.com.American Solar is the leader in solar energy innovation. Arizona-based and privately held, American Solar is committed to providing its customers with the power of choice. To join the revolution and make the switch to solar, visit www.americanpv.com. (AZ ROC License #168657 [K-11], #236520 [K-42]).American Solar 1475 North Scottsdale Road, Suite 410, Scottsdale, AZ, 85257 Joy Seitz joy.seitz@americanpv.com