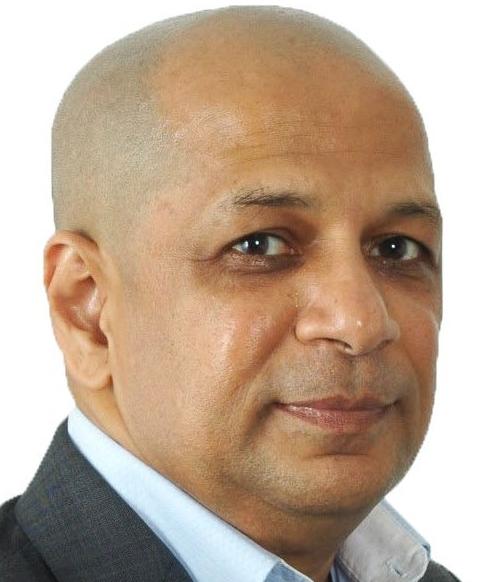 One of the Middle East's longest serving and most respected English newspapers, the Gulf Daily News, has launched an exclusive business page column by MTI CEO Hilmy Cader. Titled as 'Reflections', the column which appears every Sunday in the GDN focuses on strategic business challenges and its relevance to the Gulf Countries. MTI has continued to be actively involved in several thought leadership initiatives internationally. In the Middle East and Far East, MTI has been at the forefront of strategy research, strategy modelling and addressing several international symposiums. The World Islamic Banking Forum, Gulf Chartered Accountants and the Bahrain-British Forum are major thought leadership forums that MTI have been an integral part of. "We continue to engage in thought leadership and research – we have presented at over 100 conferences and symposiums around the world. We have developed our own proprietary strategy models, which have been applied in industry and academically. ‘The MTI Way’ defines the unique way in which we think, relate and act – in our pursuit to provide outstanding value to our clients" said Hilmy CaderMTI Consulting is an international management consultancy, with operations across Asia & the Middle East and networked across the Americas, Africa and Europe.MTI Consulting (Private) Limited Taj Samudra Office Complex 25, Galle Face Center Road, Colombo 03, Sri Lanka Tel: (94) 11 2543 700 / 2543 777

06-06-2014 | Business, Economy, Finances, B …
MTI Consulting
Toyota Competency Framework launched – enabled by MTI
MTI Consulting launched the Toyota Lanka HR re-engineering and competency development assignment in September last year. The HR consulting project which is executed through the application of MTI Consulting’s Competency Integration Model was approved as the basis to holistically develop a competency framework for Toyota Lanka. The project which examined the external environment, the key stakeholders and the HR value chain before recommending a competency map for Toyota was
01-13-2014 | Advertising, Media Consulting, …
MTI Consulting
Lanka IOC retains MTI for second phase of ASEAN entry
Lanka IOC, having successfully completed the market mapping of Indonesia and Myanmar for lubricants with MTI Consulting, has now re-appointed MTI to execute the second phase of in-country distribution operations Speaking to media, the Managing Director of Lanka IOC Mr. Subodh Dakwale said "The MTI study has given us the market map and pulse of the lubricant market in these two key emerging markets of Indonesia and Myanmar. We are
12-17-2013 | Business, Economy, Finances, B …
MTI Consulting
MTI launches CEO Survey for 2014 with CIMA
For the third consecutive year, MTI Consulting will be carrying out the CEO Business Outlook Survey this time around in association with CIMA. The annual survey which will be conducted during the last weeks of the year will lead to the results being released at CIMA’s Corporate Partner Launch scheduled on the 28th of January 2014 at the Cinnamon Grand. Over 150 Sri Lankan CEO’s (covering multiple sectors and sizes)
10-05-2010 | Business, Economy, Finances, B …
MTI Consulting
MTI Corporate Finance seminar ‘Strategizing for Islamic Finance’
MTI Corporate Finance, the Finance arm of MTI Consulting, a strategy and management consultancy, conducted a very interactive seminar on ‘Strategizing for Islamic Finance’ mainstreaming integration through global learnings with MTI’s speaker Xavier Jopart from Belgium and the Corporate Finance Panelists. The audience was presented an in-depth presentation from Xavier Jopart driving his regional and global learnings and experience on Islamic Finance. The seminar was held on Thursday 30th of

09-18-2010 | Business, Economy, Finances, B …
MTI Consulting
MTI - Grow your business by injecting Intellectual Capital
COLOMBO, SRI LANKA: MTI Consulting, a renowned strategy and management consultancy, recently conducted a roundtable event introducing ‘Intellectual Capital', a concept developed by MTI Consulting where businesses can benefit through zero or minimal upfront financial commitment. The event was held from 5.00 to 6.30pm on the 07th of September 2010 at the Gregory Room, Taj Samudra. The event facilitated by the Global CEO of MTI Consulting, Hilmy Cader, was attended
Comments about openPR
OpenPR is clearly structured and remains true to its principle of confining itself to the essential parts. OpenPR has proven to be a very good and reliable partner to our media agency: Within the shortest time the releases are online and go down well with the media representatives. The success of OpenPR is reflected in the steadily increasing number of press releases. It is good that OpenPR exists!
Ursula Koslik, Director Marketing & PR, F+W Hamburg