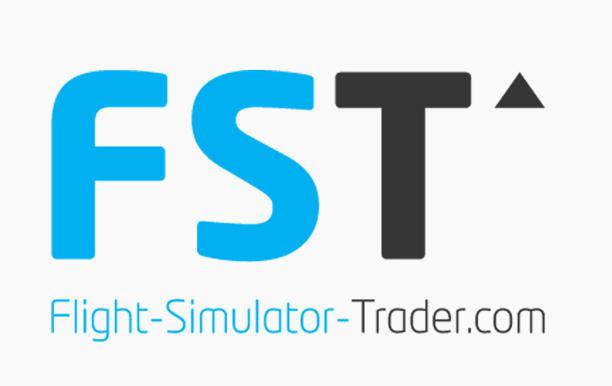 Munich, September 24th 2013 – Flight Simulator Trader (FST) would like to announce its first Diamond Aircraft Flight Simulator sale to Iroise Aéro Formation! IAF is a flight school located in Brest, France, operating a fleet of DA40 TDI G1000, a Tecnam P2002-JF and an Aquila A210. For their future flight training operation IAF purchased a used 2008 Diamond Simulation DA42 FNPTII according to CS-FSTD(A). With Thielert configuration and Bendix KingAir KAP140 Autopilot this device will add on to their existing Alsim G-Sim. Mainly targeting at PPL(A)- and IR(A)-Training, this device will provide further improvement to their quality of training. IAF will also offer the simulator on a flat rate dry lease base to other ATO’s in order to support the growing demand for private IR-Training.The device had formerly been owned & operated by Bavaria Aviation, a german registered facility and future non-complex ATO located in Memmingen. It will continue its regular operation without flight training device support. On behalf of Bavaria Aviation, FST was assigned to market the device and completed this task by finding IAF as the new owner of the device. In order to successfully re-install & operate the flight simulator, FTD Consulting (FTDC), the partner company and the founder of the project Flight Simulator Trader, had been hired by Iroise Aéro Formation to provide training on the flight training device and to conduct the disassembly.In this first phase of the relocation, training had been conducted by FTDC especially for operation, basic maintenance, QTG recording and visual calibration of the FNPT II device. The disassembly, packing and loading was then also conducted by FTD Consulting/ Flight Simulator Trader with support from IAF staff within 3 days. In the second phase after transportation, the device has now been re-installed by IAF staff at the premises in Brest. As sufficient instructions had been given to reassemble this Diamond Aircraft Flight Simulator beforehand, the reassembly was done quickly and without any problems. IAF is now able to operate this device according to their business case and are able to use one of the best flight simulation training devices for this particular aircraft type in the market.Flight Simulator Trader is a company specialised in trading new and used Flight Training Devices for aviation training. Aside from trading simulators, FST also provides flight simulation related services.Flight Simulator Trader A Service by FTD Consulting Gabelsbergerstrasse 48 80333 Munich Germany Tel: +49+89-45815323 Fax: +49+89-45815323 http://flight-simulator-trader.com Press: press@ftd-consulting.com

05-22-2019 | IT, New Media & Software
American Board of Accredited Certifications (ABAC)
Pro-American Business Leader Daryl Guberman Stands With President Trump & ABAC A …
The battle between pro-American quality accreditation associations like the ABAC and the entrenched China-led, poorly operated quality organizations like the ANSI-ANAB & IAF couldn't be more serious. Expert Daryl Guberman sheds light on this concern in new YouTube video. New York, NY - USA, May 20, 2019 -- Quality certification is a very important area for a business or organization to be concerned with. When this kind of accreditation is being
01-22-2019 | Industry, Real Estate & Constr …
American Board of Accredited Certifications (ABAC)
Daryl Guberman: ANAB & IAF are the Greatest Scam Against The American People of …
The situation with quality certification organizations like ANAB and the IAF are getting worse all the time when it comes to things like the security of American businesses and interests. Daryl Guberman of Guberman-PMC has made it his mission to stand against this drive. His latest YouTube video provides a blazing expose. New York, NY, USA, January 21, 2019 -- When it comes to the performance of American companies who they
09-24-2018 | Industry, Real Estate & Constr …
American Board of Accredited Certifications (ABAC)
ABAC & G-PMC Celebrate Work Uniting Veterans To Take On ANAB-IAF Anti-American P …
Rising business accreditation organization ABAC and quality experts G-PMC have been keeping a keen eye on the anti-American practices of international accreditation groups the ANAB and IAF. Daryl Guberman of G-PMC has been working to bring veterans on board to help expose this activity. New York, NY, USA, September 21, 2018 -- Broadly speaking, when it comes to being supportive of America and opposed to clear anti-Americanism it would be difficult
09-19-2018 | Industry, Real Estate & Constr …
American Board of Accredited Certifications (ABAC)
Daryl Guberman of G-PMC LLC Shines Light on International Accreditation Forum (I …
In an ever more polarized world, whom a business chooses to work with can have a lasting impact. Accreditation expert Daryl Guberman has made it his mission to show some of the serious problems existing in this space today – recently with a YouTube video focused on the darker side of the IAF. New York, NY, USA, September 18, 2018 -- America, the American way of life, and its international allies
06-25-2018 | Industry, Real Estate & Constr …
American Board of Accredited Certifications (ABAC)
G-PMC Reveals Shocking Truths About IAF & ANAB Two Certification Organizations w …
Is it possible that anti-American and anti-Israel elements have taken over major quality accreditation organizations, like the IAF? Absolutely, according to G-PMC Founder Daryl Guberman it absolutely is and he has not hesitated to provide the objective truth that this is true. Milwaukee, WI, USA, June 22, 2018 -- It's a sad, but undeniable truth that both America and, the Middle East's only democracy, Israel, have a large number of nations
08-21-2017 | Industry, Real Estate & Constr …
American Board of Accredited Certifications (ABAC)
Guberman-PMC Celebrates 6 Successful Years In Business Despite Ongoing Attacks F …
Businesses nationwide flocking to Guberman-PMC for ISO certification to avoid being part of China-lead IAF and its propaganda machine. Stratford, CT (USA), August 19th, 2017 -- Daryl Guberman, the CEO of Guberman-PMC, LLC a quality management consultation firm in Connecticut announced today the release of a new video to celebrate six successful years in business helping companies all over the country and worldwide achieve fully accredited ISO certification. The video can
Comments about openPR
I can't but agree to the positive statements about your portal: easy to use, clear layout, very good search function, and quick editing!
Jens O'Brien, Borgmeier Media Communication