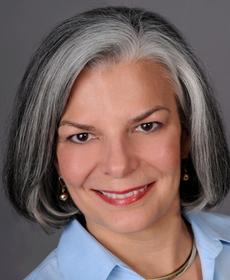 Dr. Julie Gerberding to apeak at Adelphi U, October 1.

Adelphi University's Center for Health Innovation presents its fall symposium on Tuesday, October 1, 2013, from 9:00 a.m. to 12:00 p.m. The event will take place in the Thomas Dixon Lovely Ballroom, Ruth S. Harley University Center located at 1 South Avenue, Garden City, NY. The keynote speaker will be the first woman who served as director for the Center for Disease Control (CDC), Dr. Julie Gerberding. This event is free and open to the public. Registration and breakfast run from 9:00 to 9:30 a.m.Dr. Gerberding is credited with guiding the nation’s leading health protection agency through an era of rapid growth, globalization and innovative transformation during her leadership, 2002-2009. Her topic of discussion for the symposium will be "Health System Transformation: Becoming the Healthiest Nation."About Dr. Gerberding: Her years on the frontline of HIV care and prevention, brought her to the CDC as the Director of healthcare quality promotion. But, it was her timely and commanding response to the anthrax bioterrorism events in 2001, that led to her appointment as CDC director in July 2002.She led a strategic restructuring of CDC to develop new national scientific centers for research in health marketing, public health informatics and zoonotic diseases and implemented a $1.6 billion capital improvement program. Together with state and local public health and private sector partners, Gerberding helped launch the “Alliance to Make US Healthiest,” a grass roots social movement to expand health system reform efforts to emphasize health promotion and prevention. Gerberding’s accomplishments as a public health scientist, innovator and communicator have earned her numerous leadership awards and accolades. She is an elected member of both the Institute of Medicine and the National Academy of Public Administration. In 2005, TIME magazine named her as one of the 100 Most Influential People in the World for her leadership in modernizing CDC in the face of unprecedented health threats like bioterrorism and SARS. Forbes magazine listed her among the 100 Most Powerful Women in the World each year from 2005 to 2008, a testament to her leadership of CDC’s global expansion. Gerberding also received the Surgeon General’s Medallion, the highest honor bestowed by the United States Public Health Service, for actions of exceptional achievement for the cause of public health and medicine. She currently serves as president, Merck Global Vaccines. Dr. Gerberding's presentation will be followed by a panel discussion of the local impacts of health system transformation. Adelphi University’s Center for Health Innovation (CHI) is the primary resource in our region for innovative, multidisciplinary, evidence-based responses to improving healthcare, healthcare systems, and public health. It brings together many from professional and academic backgrounds to create and foster practitioner-focused, interdisciplinary academic programming, healthcare research, community partnerships, and leadership—all with the goal of meeting current and emergent healthcare needs. For more information visit chi.adelphi.eduAbout Adelphi University: Adelphi is a world class, modern university with excellent and highly relevant programs where students prepare for lives of active citizenship and professional careers. Through its schools and programs—The College of Arts and Sciences, College of Nursing and Public Health, Derner Institute of Advanced Psychological Studies, Honors College, Ruth S. Ammon School of Education, University College, Robert B. Willumstad School of Business, Schools of Social Work—the co-educational university offers undergraduate and graduate degrees as well as professional and educational programs for adults. Adelphi University currently enrolls nearly 8,000 students from 43 states and 45 foreign countries. With its main campus in Garden City and centers in Manhattan, Hauppauge, and Poughkeepsie, the University, chartered in 1896, maintains a commitment to liberal studies in tandem with rigorous professional preparation and active citizenship.Adelphi University 1 South Avenue Garden City, NY 11530

11-27-2007 | Health & Medicine
Rotary International
Rotary International and Gates Foundation together commit $200 million to eradic …
EVANSTON, Ill., U.S.A. (Nov. 26, 2007) -- Rotary International today announced a partnership with the Bill & Melinda Gates Foundation that will inject a much-needed US$200 million into the global campaign to eradicate polio, a crippling and sometimes fatal disease that still paralyzes children in parts of Africa, Asia and the Middle East and threatens children everywhere. The Rotary Foundation has received a $100-million Gates Foundation grant, which Rotary will
Comments about openPR
9 o'clock: discuss press release with client, 10 o'clock: submit release to openPR, within the briefest possible time release is published and displayed in a prominent place on openPR.de. I am thrilled!
Zehra Spindler, Calypso Now! - Communication Agency