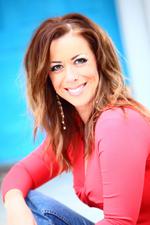 Primary Means of Communication for Leading Project Participants! Filming the movie “Gamer”, Scottish actor Gerard James Butler was inspired to develop telepathy - a craft most people associate totally with sci-fi movies or eccentric spiritual gurus. “I was taken aback by how easy it was to learn and recognize that mind-to-mind communication is as basic as thinking of someone and having him or her call you up minutes later,” exclaimed the Olympus Has Fallen film star. “After spending an inordinate amount of time pondering the mechanics of it, I simply decided to reach out to a person I’ve been seeing in my mind’s eye for several years. I followed through and now my Neuro-Twin Michelle and I are going into research to gain insight on just how consciousness communicates with itself without the benefit of a device.” Michelle Brown, Gerard’s Spiritual or Neurological Twin depending on the day, approached the subject of telepathy as a skill to be cultivated or mastered in order to effectively validate the instances she received Gerard’s impressions. Afterwards the new Chief Researcher of the Ancient Egypt Project naturally corresponded. Gerard continues, “We progressed from sending messages to each other’s subconscious inbox to spontaneous, two-way exchanges we termed mind-calls.”Mind-calls have come to be quite fundamental to Gerard’s and Michelle’s twin experience or that of any other pair of “Twin-Souls”. The Twins now understand that the paramount importance of mind-to-mind communication in accepting the aspect of us that is pure energy or spirit beings is pertinent to realizing our potential as expanded human beings. Mind-calls affords us all with the knowing that there is no such thing really as “space” or “distance” between us and that we are all connected as Spirit/Energy/Consciousness. Neurological science has yet to discover how two brains communicate with one another…only that they do and upon recent revelation, research has advanced to a point where scientists employ the use of computers to subsidize the mind-call experience. While the rest of the world catches up to minds like Gerard’s and Michelle’s (and what a joy to discover that so many others are already there), the Neuro-Twins are aptly aware of the unmitigated freedom that this extremely flexible way of communicating grants them. First and foremost the callers are always connected; which is a major plus given Gerard’s extensive traveling exhibitions. In addition, there is no on or off switch and conversations are instantaneous. And finally no need to kill power to any mechanism during plane rides as the electromagnetics involved is tantamount to a face-to-face conversation thus doesn’t affect the navigational and communication systems of an aircraft in the very least. Michelle fancies exemplifying the mental technology that lay dormant within each of us as she speaks with Gerard aloud and “device-free” while running errands. “The confidence in talking with Butler on a mind-call around people makes me feel like a highly evolved human being,” says the savvy mother of two. Apparently accompanying her 11 year-old son to his regular college classes in 2007 didn’t quite do it for her (which as it turns out also synchronizes with the same year her twin Gerard experienced his life-altering break-out movie “300”). When Michelle is on a mind-call and someone beckons her attention but doesn’t spy a gadget on her, she simply responds, “I’m tuned in at the moment.” Or “I’m on a mind-call.” Butler has yet to brave the stares of speaking to Michelle amidst the general public without an accessory. Still today, he camouflages with a cell phone and/or ear plugs as Michelle has told him she’s done before she broke through her trepidation. “Being in the public eye, the last thing I need to hear are reports that Gerard Butler goes around talking to himself,” scoffed King Leonidas. Consistent with the nature of Gerard’s and Michelle’s “polar opposites” lifestyle, one twin is thoroughly immersed in the mind-call milieu while the other still grapples with the Twins’ special charge of the advancement of human development as a part of their contribution to mankind. Known as “Neuro-Twins“, “Meta-Twins“ or even “Divine Complements”, Gerard and Michelle are the Spiritual anchors of the Ancient Egypt Consciousness Project. These are extraordinary couples who collaborate to accelerate the consciousness of humanity. The Meta-Twins reside separately on the east and west coast of the United States for scientific observations of quantum entanglement as expressed through Gerard’s and Michelle’s neurological competencies.Note: Neuro-Twins/Neurological Twins - where two people share neurological abilities that are in sync and complement the other. Both twins can consciously and efficiently transduce the electromagnetic energy of the other without use of an apparatus.The Ancient Egypt Consciousness Project is a research project focusing on the "Continuity of Consciousness" and Its connections as demonstrated through "Quantum Entanglement".Janis R. Cohen, LCSW presides over the Ancient Egypt (Consciousness) Project and serves as point of contact for experts, researchers and educators. Ms. Cohen has been a practicing therapist and Master Life Coach for more than two decades. Trained by Past Life Regression pioneer Dr. Brian Weiss, Janis presides as an expert on the landmark case involving the consciousness of the rulers of ancient Egypt.Cohen Counseling Lenox Plaza 3384 Peachtree Road Atlanta, GA 30326