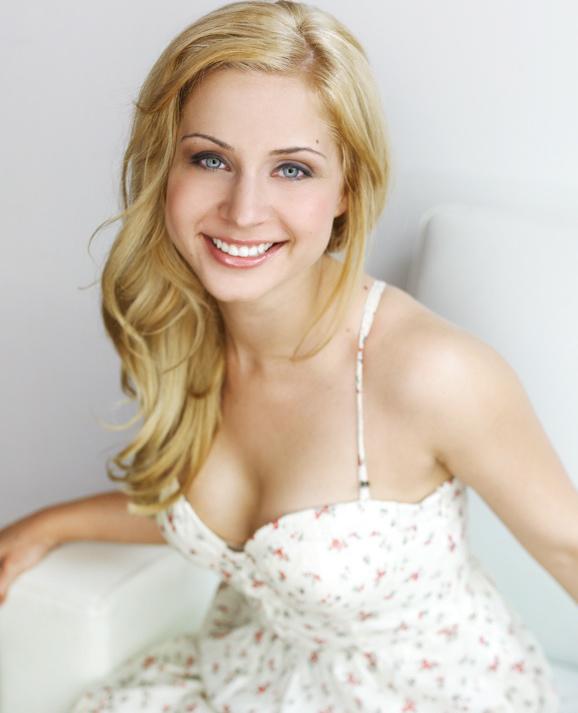 Marina Tseva, has been cast in SYFY's hit supernatural drama "Lost Girl," where she will be playing a role in a flashback with the main character, 'Bo.' Created by Michelle Lovretta and produced by Jay Firestone and Prodigy Pictures Inc., in association with Shaw Media; "Lost Girl" follows the life of a Succubus named 'Bo.' Played by Anna Silk, 'Bo,' goes on a journey to control her abilities, discover her origins and help those in need. The series originally premiered on the Canadian channel Showcase on September 12, 2010 to rave reviews, and will return with all new episodes for it's fourth season in 2014. Marina was most recently seen in the first season of Cinemax's action thriller "Transporter: The Series" as 'Adelyne' a sexy and simple girl with a fondness for fast cars. Although the show had a short-lived life on Cinemax, the show has been picked up for season two on HBO Canada and France. Based on the highly popular film franchise The Transporter, this series follows Frank Martin, 'the Transporter' who delivers anything, anywhere, for a price.Marina Tseva was born in the Ukraine and raised in Toronto, Canada. She attended St. Robert Catholic High School in Toronto where she discovered her love for drama, dance, and singing. She attended the University of Toronto and majored in film and drama. She has a passion for independent films, producing, acting and continues to hone her craft, studying film acting with Dean Armstrong & Lewis Baumander, and Improvisation at the Second City in Toronto. Her recent mainstream credits include Lost Girl (Syfy), Transporter: The Series (HBO) and Mudpit (Teletoon).Cecilia Zuniga MLC PR 7080 Hollywood Blvd Suite 903 Los Angeles, CA 90028 323-462-8080

06-25-2012 | Leisure, Entertainment, Miscel …
MLC PR
Chaske Spencer to Exhibit His Photography
The Twilight star’s never before seen photography will be exhibited at the Dream Hotel for one night only. Los Angeles, CA (June 25, 2012) – On Thursday, July 12th, Chaske Spencer, star of the Twilight Saga film series will be exhibiting his photography, along with the work of photographer Nadia Itani. The exhibit will be displayed at “THE BAR” Dream Hotel, who is donating their space as well as wine
01-28-2012 | Arts & Culture
MLC PR
Tim Kang Launches Production Company One Shoot Films and Starts a 2012 Short Fil …
The Mentalist star’s production company will be holding a short film competition in awareness of child abduction and exploitation. Los Angeles, CA (January 23, 2012)- Actor Tim Kang, best known for his role on CBS’ critically-acclaimed show THE MENTALIST has launched a film production company called One Shoot Films (OSF). Beginning Tuesday, January 24, 2012 One Shoot Films is accepting entries into the OSF Short Film Competition 2012. As an homage
12-22-2011 | Leisure, Entertainment, Miscel …
MLC PR
TINSEL KOREY TO VOLUNTEER AT ST. MARY’S FOOD BANK
Los Angeles, CA (December 21, 2011) – On Wednesday, December 21st, 2011, Tinsel Korey, of The Twilight Saga film series will return to St., Mary Food Bank in Phoenix, Arizona to volunteer and assist in the campaign against hunger in hopes that her efforts will help create awareness of hunger in America. Last year, while working with DoSomething.org, Korey became aware of the hunger many American families faced during
09-07-2011 | Leisure, Entertainment, Miscel …
MLC PR
“MILLIONAIRE MATCHMAKER’S” SOUTHERN GENTLEMAN JOINS “TEE TEE” TO DISH …
LOS ANGELES, CA (September 6, 2011) — “Barack the Vote’s” success landed creator, Brandon Broussard on season five of Bravo’s hit show “Millionaire Matchmaker” in the upcoming episode airing Thursday, September 8th at 9:00PM. Former writer for Tyler Perry, Brandon Broussard’s latest creation, Purple Stuff TV has grown increasingly popular. The sketch comedy started as a web series in 2009 and since has generated buzz resulting in interest from various