Dr. Leigh-Davis Has "This Is It" Bikini Shoot 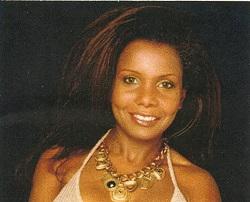 Like Elle MacPherson, Dr. Leigh-Davis is saying goodbye to bikini shoots, while the younger Heidi Klum keeps going strong.Dr. Leigh-Davis, founder of the United Kingdom (UK) website "Fabulous Over 40," still feels fabulous but will no longer be posing in bikinis. In her younger days, Dr. Leigh-Davis was a well-known swimsuit model who was even a Ms. Hawaiian Tropic beauty pageant winner. Now, after turning 40 some years ago, Dr. Leigh-Davis is saying goodbye to bikini clad photos."I am not going to tell you my age, but it has been a few years since I turned forty and I would like to go out on top. Because I know waiting to be told, I am too old, is not fun," Dr. Leigh-Davis remarked. Dr. Leigh-Davis is scheduled to do a lengthy swimsuit multi-photo shot with a famous photographer, yet to be announced. The photos will be used on a number of different projects, including a book cover jacket, a poster, and a swimsuit calendar. It has been rumored, some of the photos will be rather racy and "FHM" or "Maxim" style. "For a while I have wanted to just be behind the scenes, and also work less and focus more on my personal life," Dr. Leigh-Davis recently elaborated.Since last year, there has been gossip that Dr. Leigh-Davis is hard-pressed to find a mate to settle down with and have children with. Apparently, she even hired the services of more than one matchmaker. Although Dr. Leigh-Davis did not wish to elaborate on her personal life, she did say, "At this point, when I work, I only want to work for myself and do things I can do from home … like more writing." Dr. Leigh-Davis' book "Cooking for the King" has rave reviews and already people are asking for a sequel. In the meantime, Dr. Leigh-Davis continues as editor-in-chief of "Confidence Magazine™" and she is a writer and producer on an upcoming television network TV pilot.In addition to being the editor-in-chief of Confidence Magazine™, Dr. Leigh-Davis continues to host the American television show “Profiles in Philanthropy,” which airs in syndication. Also, Dr. Leigh-Davis is the spokesperson for both Rock Star * PR, as well as, Wellness World. Dr. Leigh-Davis is an American citizen, with a Brazilian mother and an Austrian father. Dr. Leigh-Davis is a full-time law professor, retired attorney, anthropologist, and popular legal analyst and legal correspondent, who regularly appears on NBC news, CNN and Fox news. Additionally, Dr. Leigh-Davis is also a journalist with syndicated columns in several newspapers; host of the weekly radio shows “The Real Deal” & "Success Living;" and the former host of the Court TV television show, “The Court is in Session.” More information about Dr. Leigh-Davis’ television, writing and radio projects, can be found on Dr. Leigh-Davis’ official website.Creative Endeavors is a multimedia entertainment company handling ALL CONTENT in, or related to, the entertainment business. Creative Endeavors functions both in front of the camera, and behind the scenes, with its roots in television. Creative Endeavors was originally formed to harness the power of television and offer adults compelling programming – including real-life stories. In all creative markets, from television to books, Creative Endeavors engages viewers with smart, provocative and timely programming – stories that no one else is telling in ways that no one else is telling them. Creative Endeavor’s programming shines a light where others won’t dare and boldly explores important subjects – opening minds, sparking conversations and forming deep connections with its audience. Its audience is comprised of affluent, curious, social and connected adults who crave entertaining, enlightening, witty and informative programming. Creative Endeavors operates globally and has locations in the U.S. and the UK.Creative Endeavors 33 Albemarle Street Mayfair London, England W1S 4BP Contact: Jane Daniels 0844 232 6130 jane@DrLeigh-Davis.co.uk

You can edit or delete your press release Dr. Leigh-Davis Has "This Is It" Bikini Shoot here

09-19-2013 | Arts & Culture
Creative Endeavors Multimedia
"Are You Ready to Rock 'n' Roll?" is Inspired by Merv Griffin, Produced by Dr. L …
Dr. Leigh-Davis is on set, as the first episodes are completed of the new music trivia game show "Are You Ready to Rock 'n' Roll?" "Are You Ready to Rock 'n' Roll?" is a new game show with the goal of getting viewers to dance, laugh, listen to music, and answer music trivia questions, all at the same time. Standing apart from the high-tech, over the top, sets of other new
09-16-2013 | Associations & Organizations
Creative Endeavors Multimedia
Dr. Leigh-Davis and TV Show Profiles in Philanthropy are Profiling in the UK
Dr. Leigh-Davis and the television show Profiles in Philanthropy are back from hiatus with all new episodes, featuring many endeavors in the United Kingdom. The TV show "Profiles in Philanthropy" hosted by Dr. Leigh-Davis, has been giving entertaining coverage of philanthropic endeavors, for some years now. In an age when most people only want to talk about what Miley Cyrus did at the MTV Video Music Awards; "Profiles in Philanthropy" shows
09-09-2013 | Leisure, Entertainment, Miscel …
Creative Endeavors Multimedia
Talk Radio with Dr. Leigh-Davis is Syndicating in the UK and Globally on iTunes
Dr. Leigh-Davis is expanding her presence in talk radio with shows "The Real Deal," "Sex Therapy," and "Success Living" broadcasting worldwide. After only recently announcing, she would be hosting the radio show "Sex Therapy," Dr. Leigh-Davis is putting more time and focus in to talk radio. "With people like Kevin Smith and Adam Carolla putting so much (of their own) money in to digital audio and simply expressing their views, we

12-23-2016 | Business, Economy, Finances, B …
Colonial Concrete
King of Prussia PA's Premier Concrete Company
COLONIAL CONCRETE: A Family Owned Concrete Company - Serving The KOP Area Since 1950 We service both: Contractors and "Do-It Yourselfers". Contractors - If a contractor is doing your job, he should know how to take the measurements, and do the math to figure out the quantity and strength of concrete needed for your particular job. Local governments may differ on the strength requirement and sometimes the base preparations so your
09-26-2014 | Energy & Environment
Waste King
Waste King announces headquarters’ move
Waste King - a specialist collections, clearance and recycling company that focuses on providing a service which is highly environmentally friendly – is moving its headquarters from the Frogmore Industrial Estate at Two Waters, Hemel Hempstead, to the Old Ministry Airfield, in Cheddington. Waste King’s Operations Director, Andy Cattigan, explained: “For some time, Waste King has been experiencing a steady and continual increase in its customer base. With this has
11-29-2012 | Energy & Environment
Waste King
Waste King rescues threatened snakes
Waste King, the specialist collections, clearance and recycling company, is becoming used to rescuing distressed livestock as part of its day-to-day activities. It has now added two grass snakes to its list which began, in August 2011, with ‘Colin’ a Giant African Land Snail. In the last few weeks, while helping a Watford-based customer clear garden rubbish, Waste King’s operatives came across two grass snakes – which had chosen to hibernate
11-11-2011 | Business, Economy, Finances, B …
Enovabiz Solutions, Dallas,Texas USA 75201
Quality Content is King
Content is king” has been for years the mantra for getting rankings in Google and other search engines. For many SEO consultants, it was the cornerstone of their whole SEO campaign. The belief is that the more content a website has, brighter the chances of ranking high in search engine results. Another spinoff of this theory was that companies not only started putting up large number of pages on their
08-31-2011 | Energy & Environment
Waste King
Waste King recycles High Street retailer’s batteries
The specialist collections, clearance and recycling company, Waste King, has won the contract to recycle heavy duty batteries from the IT systems of a major High Street retailer. Glenn Currie, Waste King’s managing director, said: “This particular retailer is renewing some of its systems. This means that it needs not only to dispose of these batteries but also needs this process to done completely in accordance with the current Hazardous Waste
07-19-2011 | Energy & Environment
Waste King
Waste King recycles for charities
The specialist collections, clearance and recycling company, Waste King, has teamed up with the British Heart Foundation (BHF) and the Salvation Army in order to help other people’s waste materials benefit those in need. A few months ago, Waste King installed a recycling point for clothes and shoes at its premises in the Frogmore Industrial Estate in Hemel Hempstead – along with a BHF ‘book bank’, for used books. According to the
Comments about openPR
I can't but agree to the positive statements about your portal: easy to use, clear layout, very good search function, and quick editing!
Jens O'Brien, Borgmeier Media Communication