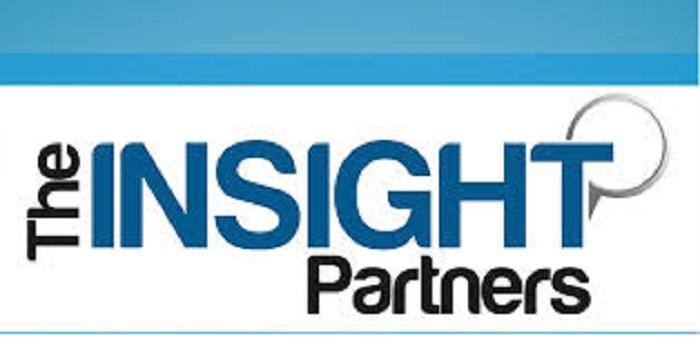 According to the new research report published by The Insight Partners, titled "Rugged Phones Market Forecast to 2028 - COVID-19 Impact and Global Analysis - by Type, Screen size, and End User," the market is projected to reach US$ 4,850.42 million by 2028 from US$ 2,918.66 million in 2021; it is expected to grow at a CAGR of 7.5% from 2021 to 2028.The rugged phones market in Asia Pacific is expected to grow at the fastest CAGR of 8.9% during the forecast period. The growing trend of factory automation and digitalization across industries, rising investments in industrial development, and government expenditure in Asian countries such as China and India are a few of the key factors fueling the demand for semi-rugged and ultra-rugged phones in the military & defense, commercial, and industrial sectors in APAC. Thus, China, India, Japan, South Korea, and several Southeast Asian countries are anticipated be the chief adopters of rugged phones in the coming years.Get Sample Copy of this Report at - https://bit.ly/3RFu9nfThe COVID outbreak has affected a large number of businesses in North America, leading them to financial and logistics challenges. Enterprises either had to suspend their operations or reduce their activities, owing to the containment measures. Several countries across the region represent a major market for rugged phones owing to the presence of a strong military & defense, industrial, and government & public safety sectors. In countries such as the US, lockdown restrictions are disturbing the schedule of new product launches, investments in R&D, and revenue of companies due to reduced demands, and disruptions in supply and delivery schedule, which is restraining the overall growth of rugged phones market in the region.The rugged phones market is segmented on the basis of type, screen size, and end-user. Based on type, the market is divided into smartphone and featured phones. The featured phones segment accounted for a larger revenue share in 2020. Based on screen size, the rugged phones market is segmented into below 5 inch, 5 inch to 6 inch, and above 6 inch. The 5 inch to 6 inch segment contributed the largest revenue share in 2020, and it is also projected to be the fastest-growing segment during 2021-2028. On basis of end-user, the market is segmented into industrial, government, commercial, military & defense, and consumer. In 2020, industrial segment led the rugged phones market globally. In terms of geography, the rugged phones market is segmented into North America, Europe, APAC, the MEA, and SAM. North America held the largest market share in 2020, followed by Europe and APAC.Inquire before Buying at - https://bit.ly/3o9aXAPIncreasing Demand of Rugged Phones across Diverse IndustriesThe consumer electronics industry worldwide is strongly benefited by significant adoption of smartphones in industries such as construction, manufacturing, retail, transportation, and emergency services, for both mission critical and non-critical communications. The demand for smartphones and feature phones is growing at an impressive pace owing to the surge in investments in research and development related to display technologies, communication networks, battery, and camera. Timely upgrading of rugged phone designs and integration of new features to compete with the continuously updating consumer-grade smartphones and feature phones boost the sales of rugged phones, especially in industrial sectors with harsh working environments. These phones are IP certified, dustproof, and drop tested, and they have high battery capacity for industrial task force and public safety personnel, which have been growing adding to their demand in the past few years in developed and developing regions. Hence, the proliferation of smartphones and feature phones with rugged capabilities is driving the growth of rugged phones market.Rugged Phone Type-Based Market InsightsThe global rugged phones market, by type, is bifurcated into semi-rugged and full rugged. The semi-rugged segment led the market in 2020 Semi-rugged phones are capable of handling tougher conditions than a consumer-grade phones; however, they are still not completely dustproof or waterproof. Many semi-rugged handhelds come with an IP rating of IP54, which signifies that the product is protected from extreme situations but lags protection against dust. Semi-rugged phones are resistant to light splashing, however, unable to bear immersion or jet sprays. In addition, few semi-rugged handhelds fulfill a few MIL-STD-810F standards, although not for immersion or dust. For instance, Nokia 3310 is a common and popular semi-rugged phone.The List of Companies - Rugged Phone MarketThe key companies operating in the rugged phones market include Blackview, Caterpillar, DOOGEE, OUKITEL, Juniper Systems Inc., AGM Mobile, Sonim Technologies Inc., Ulefone Mobile, Unitech, Zebra Technologies Corp., and Electronics Co., LTD.In 2020, Juniper Systems Limited declared its expansion into India through new partnership with Elkay India. Through this alliance, the companies are expected to address the need of surveying, industrial, and energy markets in India for data loggers and receivers working in harsh weather conditions.In 2020, Borqs Technologies, Inc. formed a strategic partnership with Juniper Systems for a variety of mobile data collection applications in harsh and hazardous work environments.Purchase a copy of report at - https://bit.ly/3yNenxZContact Us:If you have any queries about this report or if you would like further information, please contact us: Contact Person: Sameer JoshiE-mail: sales@theinsightpartners.comPhone: +1-646-491-9876About Us:The Insight Partners is a one stop industry research provider of actionable intelligence. We help our clients in getting solutions to their research requirements through our syndicated and consulting research services. We specialize in industries such as Semiconductor and Electronics, Aerospace and Defense, Automotive and Transportation, Biotechnology, Healthcare IT, Manufacturing and Construction, Medical Device, Technology, Media and Telecommunications, Chemicals and Materials.

You can edit or delete your press release Rugged Phones Market Revenue to Cross 4,850.42 million by 2028: The Insight Partners here

09-30-2022 | Energy & Environment
The Insight Partners
Small Hydropower Market Analysis, Market Size, Share, Application, Regional Outl …
Global Small Hydropower Market is expected to develop at a substantial CAGR in the coming years. The Small Hydropower Market research report by The Insight Partners includes Market segmentation and overlays shadow upon the leading market players highlighting the favourable competitive landscape and trends prevailing over the years. This study provides information about the sales and revenue during the historic and forecasted to 2028. Understanding the segments helps in identifying
09-30-2022 | IT, New Media & Software
The Insight Partners
Digital Identity Management Solution Market Comprehensive Study With Key Trends, …
Digital Identity management solutions offer visibility into global logistics operations on a real-time basis. This helps the end-user to control inventory, manage operations more efficiently, and optimize supply chains. EDI, RFID, GPS, image recognition, etc. are the major data collection technologies within the Digital Identity management solution Get Sample Copy Of this report:  https://www.theinsightpartners.com/sample/TIPRE00028607/?utm_source=OpenPR&utm_medium=10096 Companies Profiled in this report includes: NEC, Samsung SDS, Thales Group, GBG, TELUS, Tessi, Daon, IDEMIA, ForgeRock, Jumio MARKET
09-30-2022 | Energy & Environment
The Insight Partners
CNG Dispenser Market Research, Latest Trend Analysis, Market Growth, Opportuniti …
Global CNG Dispenser Market is expected to develop at a substantial CAGR in the coming years. CNG dispenser is a kind of fuel dispenser unit installed at filling stations used to pump CNG in vehicles. With the rise in natural gas as a fuel alternative, the demand for CNG dispenser has boosted. Countries such as China and India are witnessing an increase in the number of refueling stations with a
09-30-2022 | Business, Economy, Finances, B …
The Insight Partners
Finance as a Service Market Growth Set to Surge Significantly during 2022 - 2028
Finance as a service, also known as FaaS, is a business model where businesses outsource their financial operations such as accounting, auditing, and investment management. Business outsources their financial operations in order to focus their resources on their core competencies and to save cost. Majorly finance as a service is availed by small and medium size organizations. Get Sample Copy Of this report:  https://www.theinsightpartners.com/sample/TIPRE00027507/?utm_source=OpenPR&utm_medium=10096 Companies Profiled in this report includes: Deloitte Touche