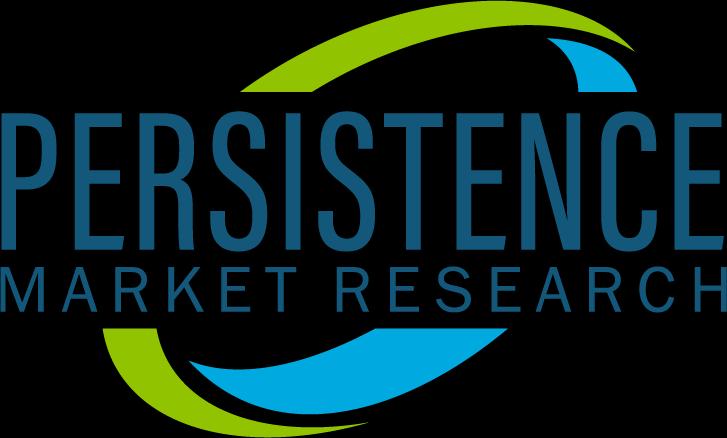 Moderate growth is estimated for India solvents market during the forecast period 2016 to 2024, according to a report by Persistence Market Research (PMR). In terms of volume, sales of solvents in India reached 2,019,743.5 tons in 2016; by 2024 this number is expected to reach nearly 3,000,000 tons, expanding at 4.7% CAGR. Robust adoption of solvents across various applications such as paints & coatings, plastic & polymer, adhesives & sealants, and pharmaceutical is a prominent factor driving growth of the market.To remain 'ahead' of your competitors, request for a samples@ https://www.persistencemarketresearch.com/samples/16624India Solvents Market value share of almost 36% and 13%Surge in Cleaning Applications of Solvents to Drive Market GrowthIndustrial cleaning forms a primary application area for solvents, with variety of solvents utilized for cleaning applications across various industries including manufacturing, and healthcare. Market for industrial cleaning chemicals in India is expected to witness a significant growth. In addition, soaring manufacturing sector in the country is estimated to drive growth of domestic, institutional, and industrial cleaning chemicals market, which in turn is expected to fuel demand for solvents in India. Solvent polymerization is the most commonly used technique for polymer production in the country. Rapid consumption of solvents in rubber and polymer applications is further expected to drive demand for solvents in India.In addition, government of India has taken several initiatives for encouraging growth of chemicals industry, channeling efforts toward enhancing future growth prospects. Government has allowed 100% FDI in chemicals industry. This collaborative work of Industry and the government is projected to boost the industrial growth, thereby propelling the growth of solvents market in India. However, factors such as surging demand for bio-based ecofriendly alternatives, and soaring adoption of water-based paints & coating and powder coatings are expected to impede growth of India solvents market.Ester to Remain the Most Preferred Solvent in IndiaIn terms of volume, ester will remain the most preferred solvent in India, with sales estimated to reach nearly 500,000 tons by 2024. Growth in adoption of ester is primarily attributed to its considerable utilization in applications such as Ink, and paints & coatings. Sales of ester in India solvents market is projected to register highest CAGR through 2024. In addition, Sales of glycol is expected to register second highest CAGR in the market. In contrast, chlorinated solvents will exhibit sluggish expansion in India solvents market.Paints & coatings will remain the most attractive application of solvents in India. Consumption of solvents by paints & coatings will surpass 1,000,000 tons by 2024-end. In terms of volume, this application segment of India solvents market is projected to register highest CAGR through 2024, followed by pharmaceuticals. In addition, rubber & plastics are expected to be the second largest application of solvents in India.To connect with our sales representative- sales@persistencemarketresearch.comWest India will Remain Dominant in India Solvents marketIn terms of volume, West India will continue to remain dominant in India solvents market, expanding at 5.6% CAGR to account for consumption over 1,200,000 tons by 2024. South India is expected to be the second largest region for solvents in India. Sales of solvents in South India is pegged to surpass 800,000 tons by 2024-end. In addition, markets in North and East India are estimated to register 3.9% and 3% CAGR respectively in terms of volume.Key market players identified in PMR's report include BASF SE, Exxon Mobil Corporation, Royal Dutch Shell plc., Total S.A., Idemitsu Kosan Co., Ltd., The Dow Chemical Company, Solvay S.A., Ashland Inc., Bharat Petroleum Corporation Limited, India Glycols Limited, Hindustan Petroleum Corporation Limited, Eastman Chemical Company.For in-depth competitive analysis, buy now@ https://www.persistencemarketresearch.com/checkout/16624Persistence Market Research Address - 305 Broadway, 7th Floor, New York City, NY 10007 United States U.S. Ph. - +1-646-568-7751 USA-Canada Toll-free - +1 800-961-0353 Sales - sales@persistencemarketresearch.comAbout us: Persistence Market Research is here to provide companies a one-stop solution with regards to bettering customer experience. It does engage in gathering appropriate feedback after getting through personalized customer interactions for adding value to customers' experience by acting as the "missing" link between "customer relationships" and "business outcomes'. The best possible returns are assured therein.

You can edit or delete your press release India Solvents Market Consumer Needs, Trends And Drivers Analysis by 2024 here

08-16-2022 | Health & Medicine
Persistence Market Research
The Pneumatic Compression Therapy Market To Witness Digitized Rectification
The global pneumatic compression therapy market is expected to witness robust growth during the forecast period. This growth is expected to be primarily driven by increasing adoption of pneumatic compression sleeves and pumps and a growing awareness of pneumatic compression therapy in developing economies. A new report published by Persistence Market Research titled "Pneumatic Compression Therapy Market: Global Industry Analysis (2012 - 2016) and Forecast (2017 - 2025)" studies the
08-16-2022 | Health & Medicine
Persistence Market Research
The Animal Wound Care Market To See Through Efficiency With Predictive Analytics
Global Animal Wound Care Market Sales Revenue to Cross US$ 1 Bn in 2025.The estimates point to a revenue growth from nearly US$ 590 Mn in 2017 to about US$ 1,013 Mn by the end of 2025, resulting in a CAGR of 7.0% over the forecast period. Get Sample Copy Of Animal Wound Care Market Report@ https://www.persistencemarketresearch.com/samples/17443 A new report published by Persistence Market Research titled "Animal Wound Care Market: Global Industry
08-12-2022 | IT, New Media & Software
Persistence Market Research
The 4G LTE Devices Market To Witness An Innovative Statute
In terms of value, the global 4G (LTE) devices market is projected to register an astronomical CAGR of 16.7% during the forecast period of 2021 to 2031, owing to various factors, regarding which, Persistence Market Research offers vital insights in detail. The industry is anticipated to top a valuation of approximately US$ 185 Bn by the end of 2031. Request for Free Sample Report of "4G LTE Devices" Market@ https://www.persistencemarketresearch.com/samples/10466
08-12-2022 | IT, New Media & Software
Persistence Market Research
Innovative Turmoil To Run Through The Sonobuoy Market
The global sonobuoy market is anticipated to grow from a valuation of US$ 324.7 Mn in 2021 to close to US$ 600 Mn by 2031, expanding at a CAGR of 6.3% in terms of revenue. In this revised report, the global market is tracked in terms of value and is calibrated to obtain market revenue estimates. Sonobuoys are acoustic sensors built on the principle of Sound Navigation and Ranging (SONAR) system,