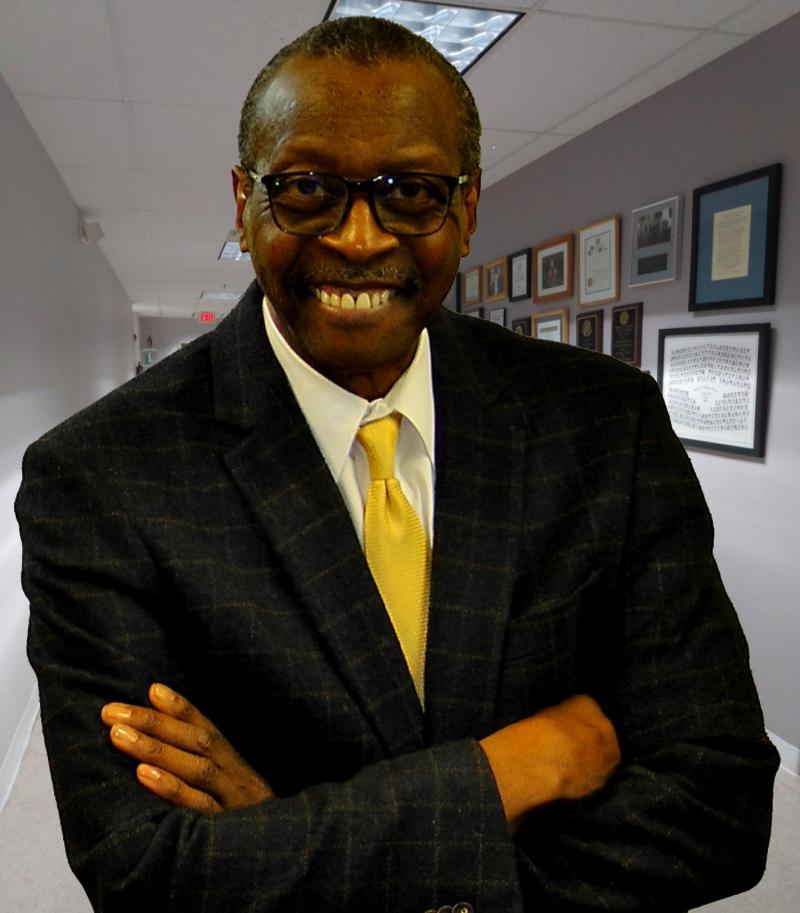 Detroit, Michigan - Motivating the “Black Wealth Matters” movement is Herbert J. Strather. He is a Detroit commercial property developer that is proposing to create new urban real estate developers in 2022 within the city of Detroit. Strather was once the president of Motorcity #Casino# and Resort, lead investor of the Woodbridge Estates, the former president of the investment group to remodel the historic St Regis Hotel and have done over $2 billion in real estate transactions in the city of Detroit. Strather is also the biggest club builder of the International Optimist Clubs in its 123 year’s existence (The primary purpose of the Optimist club is to aid and encourage the development of youth, in the belief that the giving of oneself in service to others will advance the well-being of humankind, community life and the world). Strather is the CEO of a black owned Michigan licensed Real Estate school in Detroit called Strather Academy. “Black Wealth Matters” is this year’s theme, and the school is motivating that sentiment by providing affordable courses to Detroit residents. All classes are just $99.00 each, and will be held Live on Zoom every Thursday at 6:00pm to 8:00 EST, from February 3rd to 24th. Courses will be taught as follows: - Feb 3, 2022 - The Art of Wealth Creation with Real Estate - Feb 10, 2022 - Setting up the right Entities to Create and Shelter your Wealth - Feb 17, 2022 - Acquiring Real Estate and Creating Wealth with a Non-Profit - Feb 24, 2022 - Secret Wealth building Auction Strategies for Real Estate To get more details and registration go to: Stratheronline.com or call: (313) 444-9691. ABOUT STRATHER ACADEMY Strather Academy, an affiliate of Strather Associates was created in 2006 at Wayne County Community College by Herb Strather to teach Detroiters real estate acquisition skills. The first 1,000 students were taught free at WCCCD. The firm then moved on to Marygrove College where Mr. Strather taught for two years. Finally, Strather Academy became a stand-alone institution. However, Mr. Strather occasionally lectures at Harvard University Divinity School teaching “Faith and Finance” and Ross School of Business at the University of Michigan. The academy's philosophy is to teach by doing. Mr. Strather believes the best approach is “hands on.” When a student becomes involved in a project, they learn through experience rather than just theory. And certainly, learning under an experienced coach is much better than attempting to learn by trial and error. In recent years, Strather Academy students have formed three successful joint ventures Apollo I, Apollo II, and Apollo III. Strather Academy 1400 Grand River, 2nd floor Detroit, Michigan 48227 StratherAcademy.com Contact: Robin McClellan Phone: (313) 444-9851 Email: Robinmcle @gmail.com OUR MISSION To train the next generation of Detroit real estate entrepreneurs who will rebuild and re-establish Detroit as a world class metropolis.

02-21-2019 | Business, Economy, Finances, B …
Allen Maintenance Inc.
Janitorial Services in Metro Detroit Business Districts
Allen Maintenance Corporation delivers reliable janitorial services in Metro Detroit Business Districts. A trust worthy local service provider, with an A+ Better Business Bureau rating. Local Metro Detroit business district businesses, have gained a reliable building maintenance and commercial cleaning service provider, who takes pride in delivering professional cleaning services. For more than 20 years, Allen Maintenance Corporation, has rendered effective building maintenance and commercial cleaning services that
05-22-2018 | IT, New Media & Software
TiE Detroit
TiE Detroit presents “Everything is a Presentation” by Michael Angelo Caruso …
The Detroit chapter of TiE, is organizing “Everything is a Presentation” by Michael Angelo Caruso at Tech Town Detroit, 440, Burroughs St., Detroit, Michigan on Thursday, July 26, 2018 - 5:30 pm - 7:30 pm. “Michael is an extremely talented, powerful and innovative speaker. His dynamic style and unique combination of being able to entertain and train at the same time is awe-inspiring. We are excited to have Michael Angelo Caruso,
05-23-2017 | Tourism, Cars, Traffic
Detroit Motorcycle City
Detroit Music Award Winner to Perform at Detroit Motorcycle City July 7
On May 5, Thornetta Davis won eight out of eight Detroit Music Awards, including Outstanding Live Performance. And on July 7, 2017, she’ll be showing Detroit why when she takes the stage at Hart Plaza as part of the weekend-long Detroit Motorcycle City. From July 6-9, Detroit Motorcycle City will be celebrating all things motorcycle at its inaugural event. With a storytelling competition, a parade, and much more, this event will
10-18-2010 | Business, Economy, Finances, B …
TiECon Midwest 2010
TiE Detroit announces TiE20 Midwest Finalists
TiECon Midwest 2010 is an entrepreneurial conference attracting hundreds of entrepreneurs, venture capitalists and professionals. Farmington Hills, MI, October 12, 2010 — The Detroit chapter of TiE also known as Talent, Ideas, Enterprise today announced the Finalists for the annual TiE20 Midwest Awards for their annual conference, TiECon Midwest, to be held at The Henry Dearborn, October 28 and 29, 2010. “We recognize and appreciate the Finalists whose metrics have stood
09-16-2010 | Business, Economy, Finances, B …
TiE Detroit
TIE Detroit partners with AUSIB
The Alliance for U.S. India Business (AUSIB) is a leading non-profit trade association that offers a pathway to help your business succeed in the United States and India. Detroit, September 10, 2010 - TiE Detroit has partnered with Alliance for US India Business (AUSIB) for the TiE Detorit annual conference, TiECon Midwest 2010, to be held on October 28-29, 2010 at The Henry, Dearborn, MI. The Alliance for U.S.
04-16-2009 | Arts & Culture
All Things Media
Detroit Downtown Hoedown
Country Music Artist Billy Craig performing at WYCD's Detroit Downtown Hoedown on Friday, May 15, 2009 at 7:00pm This marks the festival's 27th Anniversary bringing over 800,000 attendees participating in 3 days of country music. This year will be the biggest ever and is expected to surpass all the rest with other National Artists such as Rodney Atkins, Willie Nelson, Zac Brown Band and Lee Ann Womack taking to
Comments about openPR
We publish our press releases on openPR.de because we like people who are "open" - just like us.
Frank Obels, CEO, INCONET - Informationssysteme, Communication und Netzwerkberatung GmbH