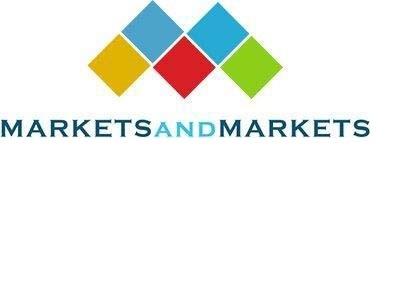 According to recent market research "Methanol Market by Feedstock (Natural Gas, Coal), Derivative (Formaldehyde, MTO/MTP, Gasoline, MTBE, MMA, Acetic Acid, DME, Biodiesel), Sub-Derivative, End-use Industry, and Region (North America, APAC, Europe, South America, MEA) - Global Forecasts to 2026", size is expected to grow from USD 30.7 billion in 2021 to USD 36.3 billion by 2026, at a CAGR of 3.4% during the forecast period. Methanol are used across industries, such as Construction, Automotive, Electronics, Appliances, Paints & Coatings, Insulation, Pharmaceuticals, Packaging (PET bottles) and Solvents. In the methanol market, automotive is the key end-use industry owing to the wide applications of these methanol.Browse 653 market data Tables and 93 Figures spread through 512 Pages and in-depth TOC on "Methanol Market - Global Forecast to 2026" View detailed Table of Content here - https://www.marketsandmarkets.com/Market-Reports/methanol-market-425.htmlCoal is estimated to account for the fastest growth in the methanol feedstock segment from 2021 to 2026. Coal is considered to be the sustainable alternative raw material for large-scale methanol production which is one the important reason for the increase in demand of coal as feedstock of methanol.Methanol-to-olefins/methanol-to-propylene (MTO/MTP) is estimated to account for the fastest growth in the methanol derivatives segment from 2021 to 2026. The growth is due to the rise in MTO/CTO plants in China to produce olefins through methanol, as the demand for olefins is growing in the petrochemical industry. The growing demand for methanol is highly attributed to its increasing demand in the automotive and construction end-use industries.For more Details Speak to Our Analyst @ https://www.marketsandmarkets.com/speaktoanalystNew.asp?id=425The global methanol market is anticipated to grow from USD 30.7 billion in 2021 to USD 36.3 billion by 2026, at a CAGR of 3.4% from 2021 to 2026. The market is projected to witness decent growth in the near future, owing to the wide application in various end use industries of methanol ranging from automotive to the pharmaceutical industry. Increasing demand from Asia Pacific will further drive the growth of the global methanol market.Methanex Corporation (Canada), HELM Proman Methanol AG, SABIC (Saudi Arabia), Yanzhou Coal Mining Co. (China), Zagros Petrochemical Company (ZPC) (Iran), Celanese Corporation (Texas), BASF SE (Germany), and PETRONAS (Malaysia), Mitsubishi Gas Chemical Company Inc. (Japan), Mitsui & Co., Ltd. (Japan),), LyondellBasell Industries B.V. (U.S), OCI N.V. (Netherlands), Metafrax Chemicals (Russia), SIPCHEM (Saudi Arabia) are among the key players leading the market through their innovative offerings, enhanced production capacities, and efficient distribution channels.Download PDF Brochure @ https://www.marketsandmarkets.com/pdfdownloadNew.asp?id=425HELM Proman Methanol AG engages in production and supply of methanol around the world. The company has an annual installed production capacity more than 10 million metric tons. The company operates in several countries spread across Europe, America, Asia, and Africa. In March 2021, HELM AG, Proman and Southern Chemical Corporation (SCC) announced a significant restructuring of its regional methanol marketing activities to establish the global joint venture HELM Proman Methanol AG. At 57% HELM AG will hold a majority stake in the joint venture, while Proman will hold 38% and Jan W. Spin, CEO and shareholder of SCC, will hold 5%. This joint venture will expand their market share in the methanol in upcoming years.SABIC is the third-largest player in the methanol market. SABIC engages in the manufacture, marketing and distribution of petrochemicals, polymers and plastics, agricultural nutrients. The company has a global presence in more than 100 countries with 68 manufacturing sites and 20 technology and centers with a patent portfolio of 9,946. In March 2019, the company acquired OCI’s methanol assets that solidify its status as one of the world’s biggest chemical producers. SABIC made an approach that valued OCI’s assets, including plants in Texas and the Netherlands, at about USD 4 billion.Contact:Mr. Aashish Mehra MarketsandMarkets™ INC. 630 Dundee Road Suite 430 Northbrook, IL 60062 USA: 1-888-600-6441 Email: newsletter@marketsandmarkets.com Press Release: https://www.marketsandmarkets.com/PressReleases/methanol.asp Research Insights: https://www.marketsandmarkets.com/ResearchInsight/methanol-market.aspAbout MarketsandMarkets™MarketsandMarkets™ provides quantified B2B research on 30,000 high growth niche opportunities/threats which will impact 70% to 80% of worldwide companies’ revenues. Currently servicing 7500 customers worldwide including 80% of global Fortune 1000 companies as clients. Almost 75,000 top officers across eight industries worldwide approach MarketsandMarkets™ for their painpoints around revenues decisions.Our 850 fulltime analyst and SMEs at MarketsandMarkets™ are tracking global high growth markets following the "Growth Engagement Model – GEM". The GEM aims at proactive collaboration with the clients to identify new opportunities, identify most important customers, write "Attack, avoid and defend" strategies, identify sources of incremental revenues for both the company and its competitors. MarketsandMarkets™ now coming up with 1,500 MicroQuadrants (Positioning top players across leaders, emerging companies, innovators, and strategic players) annually in high growth emerging segments. MarketsandMarkets™ is determined to benefit more than 10,000 companies this year for their revenue planning and help them take their innovations/disruptions early to the market by providing them research ahead of the curve.MarketsandMarkets’s flagship competitive intelligence and market research platform, "Knowledgestore" connects over 200,000 markets and entire value chains for deeper understanding of the unmet insights along with market sizing and forecasts of niche markets.

05-20-2022 | Business, Economy, Finances, B …
MarketsandMarkets
Cast Elastomer Market | Key players operating in the market include Covestro AG, …
According to recent market research "Cast Elastomer Market by Type (Hot Cast Elastomer, Cold Cast Elastomer), End-use Industry (Industrial, Automotive & Transportation, Oil & Gas, Mining), and Region (APAC, North America, Europe, South America, Middle East & Africa) - Global Forecast to 2026", size is projected to reach USD 1.8 billion by 2026 from USD 1.4 billion in 2021, at a CAGR of 5.0% during the forecast period. The growing
05-20-2022 | Business, Economy, Finances, B …
MarketsandMarkets
Refinish Paint Market | Key players operating in the market include Axalta, PPG …
The report "Refinish Paint Market for Automotive by Layer (Clearcoat, Basecoat, Primer, & Sealer), Resin (PU, Epoxy, & Acrylic), Technology (Waterborne, Solventborne & Powder), Vehicle (Passenger Cars, Commercial Vehicles), and Region - Global Forecast to 2022", The refinish paint market for automotive is projected to grow from USD 7.00 Billion in 2017 to USD 8.50 Billion by 2022, at a CAGR of 4.0% from 2017 to 2022. The growth of
05-20-2022 | Advertising, Media Consulting, …
MarketsandMarkets
Global Micro Power Battery Market Analysis: Factors and Strategies For Growth
The demand for micro batteries is also rising due to the competitive pricing in the final weeks leading up to the holiday season and as their emerging market.The market for micro batteries is growing rapidly. There are several reasons for this, including the increasing popularity of electronic devices and the need for longer battery life. The micro battery market has seen a significant growth over the past few years. In this
05-20-2022 | Advertising, Media Consulting, …
MarketsandMarkets
3D Printing: The Next Big Thing in Manufacturing
Key drivers of the 3D Printing Industry There are many different factors that are driving the growth of the 3D Printing industry. One of these factors is the increasing demand for customized products. Customers are increasingly looking for products that are tailored to their specific needs, and this trend is only going to increase in the future. This means that companies who can offer custom products will have a huge advantage over