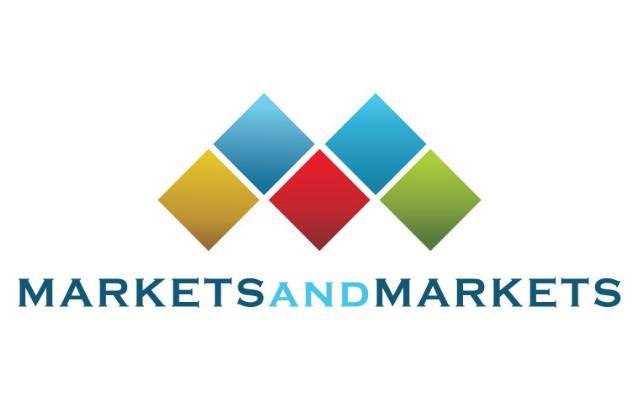 The Railway Cybersecurity Market is estimated to be $6.2 billion in 2021 and is projected to grow at a CAGR of 9.4% during the forecast period, to reach $10.6 billion by 2027. An increase in user preference for public transportation and the growing demand for smart transportation and the internet of things (IoT) will propel the railway cybersecurity market.Request FREE Sample Report @ https://www.marketsandmarkets.com/requestsampleNew.asp?id=128598673Opportunity: Increasing demand for cloud-based servicesThe demand for cloud-based services, analytics, and mobile internet technologies is increasing due to their efficient IT management and reliable security environment. With the rapid increase in big data applications, the level of complexity is also expected to increase, given the sprouting data pool, emerging technologies, and constant need to optimize cost. These factors are expected to influence the growth of new analytics platforms and data storage.The signalling system has been considered to operate on a closed network for safety. Currently, these systems are becoming more centralized and integrated and have become IT-based using regular computer and COTS (commercial off-the-shelf) components thereby becoming vulnerable to cyberthreats. Thus, it becomes necessary to deploy cloud-based services in railways. Cloud computing uses the collected data and distributes data to one or more computer systems associated with performing different functions. Thus, minimizing the risk of a cyberattack on critical and non-critical data would further fuel the growth of the railway cybersecurity market.The onboard solution is estimated to hold the larger market share by type during the forecast periodThe on-board railway cybersecurity is projected to grow at a higher CAGR during the forecast period for the railway cybersecurity market, by type. The number of rapid railways primarily equipped with advanced onboard systems for safety and convenience is on the rise. These advanced features include an infotainment system, automatic doors, and IP cameras. The number of advanced components in onboard railway systems will increase because of the demand for convenience and safety. This will boost the market for railway cybersecurity providers and vendors across the globe as automatic doors and IP cameras are vulnerable to cyberattacks.The Data Protection segment is estimated to be the largest segment by security type during the forecast periodData protection focuses on securing critical databases, including data, applications, database servers, and systems. Data protection applications are aimed at maintaining confidentiality, integrity, and availability of data. These solutions protect databases from unauthorized access, malware infections, and other threats and vulnerabilities. In May 2020, the IT networks of the Swiss manufacturer of railway rolling stock, Stadler, was targeted in a malware attack to steal information. This data leak could mean the theft of sensitive data from customers or employees. In January 2019, the official online booking platform of the China Railways (CR) suffered a massive data breach. Cybercriminals stole the personal information of nearly five million people, which included names, ID numbers, and passwords. These incidents are driving the growth of data protection solutions to prevent a data breach.Download PDF Brochure @ https://www.marketsandmarkets.com/pdfdownloadNew.asp?id=128598673The Asia Pacific is projected to be the fastest-growing market, by 2027Rapid urbanization and the growing population are major factors driving the development of rail networks and thereby urban rail and mainline infrastructure construction in the Asia Pacific. Key players in the Asia Pacific region include Hitachi Ltd., Huawei, Toshiba, and Tech Mahindra Ltd. Increasing penetration of advanced technologies, increasing GDPs of countries, steady growth, and emerging economies. The Asia Pacific region covers some of the potential markets, namely, China, India, Japan, and the Rest of Asia Pacific. China is expected to lead the market followed by India, Japan, and the Rest of Asia Pacific in terms of share and growth rate among all countries during the forecast period. The growth of this infrastructural construction will drive the railway cybersecurity market in the region. Cybersecurity is dependent on railway management systems, which can be hacked for data breaches. China and Japan have the most sophisticated rail infrastructure in the region.China has the largest rail network and is undergoing rapid improvement and expansion of the existing infrastructure. China has nearly 35,000 km of the high-speed rail network as of 2020, making it the largest in the world. The country is also aggressive in expanding its urban transit network. India is also expected to emerge as the next promising market for railway cybersecurity. This can be attributed to the ongoing projects related to urban transit and high-speed rail. In 2021, the European Investment Bank (EIB) signed a finance contract worth USD 182 million with the Indian government for the Pune Metro Rail project’s second portion in Maharashtra through a virtual signing ceremony. This project is expected to offer urban mobility to a large population, including the working class.View Full TOC @ https://www.marketsandmarkets.com/Market-Reports/railway-cybersecurity-market-128598673.htmlContact: Mr. Aashish Mehra MarketsandMarkets™ INC. 630 Dundee Road Suite 430 Northbrook, IL 60062 USA : 1-888-600-6441 sales@marketsandmarkets.comAbout MarketsandMarkets™MarketsandMarkets™ provides quantified B2B research on 30,000 high growth niche opportunities/threats which will impact 70% to 80% of worldwide companies’ revenues. Currently servicing 7500 customers worldwide including 80% of global Fortune 1000 companies as clients. Almost 75,000 top officers across eight industries worldwide approach MarketsandMarkets™ for their painpoints around revenues decisions.Our 850 fulltime analyst and SMEs at MarketsandMarkets™ are tracking global high growth markets following the "Growth Engagement Model – GEM". The GEM aims at proactive collaboration with the clients to identify new opportunities, identify most important customers, write "Attack, avoid and defend" strategies, identify sources of incremental revenues for both the company and its competitors. MarketsandMarkets™ now coming up with 1,500 MicroQuadrants (Positioning top players across leaders, emerging companies, innovators, strategic players) annually in high growth emerging segments. MarketsandMarkets™ is determined to benefit more than 10,000 companies this year for their revenue planning and help them take their innovations/disruptions early to the market by providing them research ahead of the curve.MarketsandMarkets’s flagship competitive intelligence and market research platform, "Knowledgestore" connects over 200,000 markets and entire value chains for deeper understanding of the unmet insights along with market sizing and forecasts of niche markets.

05-18-2022 | Business, Economy, Finances, B …
MarketsandMarkets
Acrylic Polymer Market | Key players operating in the market include Dow Inc., B …
According to recent market research "Acrylic Polymer Market for Cleaning Application by Type (Water-borne & Solvent-borne), Application (Laundry & Detergent, Dish Washing, Industrial & Institutional, Hard Surface Cleaning) & Region (APAC, North America, Europe, RoW) - Global Forecast to 2026", is projected to grow from USD 580 million in 2021 to USD 709 million by 2026, at a CAGR of 4.1%. The water-borne accounted for the largest market share of
05-18-2022 | Business, Economy, Finances, B …
MarketsandMarkets
Honeycomb Core Materials Market | Key players operating in the market include Ho …
The report "Honeycomb Core Materials Market by Type (Paper, Aluminum, Thermoplastic, Nomex), Application (Composites, Non-composites), End-use Industry (Aerospace & Defense, Packaging, Transportation, Construction & Infrastructure), Region - Global Forecast to 2022", The honeycomb core materials market is projected to reach USD 3.21 Billion by 2022 from USD 2.03 Billion in 2017, at a CAGR of 9.5% between 2017 and 2022. Browse 75 market data Tables and 39 Figures spread through 134
05-18-2022 | Industry, Real Estate & Constr …
MarketsandMarkets
Centrifugal Pump Market to Drive Demand Growth for Construction Industry Through …
The global centrifugal pump market size is projected to reach USD 48.8 billion by 2026 from an estimated value of USD 36.6 billion in 2021, at a CAGR of 5.9%. The key drivers for the centrifugal pump market include intensified demand for water and wastewater management in developed countries; surged investments in global construction industry; high demand for centrifugal pumps from agricultural sector. Key Market Players: The key players in the centrifugal
05-18-2022 | Advertising, Media Consulting, …
MarketsandMarkets
Artificial Intelligence: The Key To The Future Of Healthcare Market?
Artificial intelligence (AI) is one of the most important technologies for the future of healthcare. It has the potential to improve patient care, reduce costs, and increase efficiency. AI has already been used to improve diagnostic accuracy in medical images, diagnose heart disease, and recommend treatments for patients with cancer.AI in healthcare market is projected to grow from USD 6.9 billion in 2021 to USD 67.4 billion by 2027, it