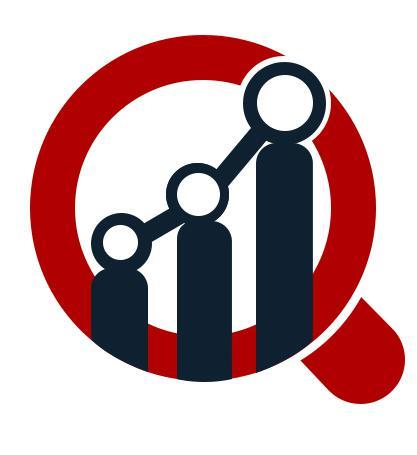 Milk replacers are, as the name suggests, substitute or alternative products for milk. It is most commonly seen being used in commercialized livestock farming as a substitute for milk for young livestock. Herein, the products are fortified with several other medicinal and nutritional benefits to boost the health, performance level, and the growth of the young livestock.Market Research Future (MRFR) reveals in its latest report that the global milk replacers market is expected to attain notable growth and demand in the forthcoming years. Due to the proliferating consumption of dairy, meat, and milk products and the adoption of precision nutrition, the demand for milk replacers is increasing significantly, thereby subsequently pushing the growth of the milk replacers market.The milk replacers available in the market comprise of medicated and non-medicated forms. The proliferating awareness concerning these products among the consumers is expected to strikingly influence a positive growth of the market in the forthcoming years. Add to all this, the growth of organized livestock farming across countries like Brazil, China, and India is also another significant factor causing an expansion in the demand for milk replacers during the forecast period.Get a Copy of Sample Report @ https://www.marketresearchfuture.com/sample_request/7183Regional AnalysisGeographically, the European region is the dominator of the global milk replacers market with the highest share to its name. The region is further anticipated to dominate the market during the forecast period due to various key factors.The European Commission’s high focus on curbing down the input cost and enhancing the health and performance of animals during their early stages of lifecycle is a key driver to the European region. In Europe, countries like France, Germany, Italy, and others are considered to be some of the major countries in Europe proliferating in milk replacers.In North America, a major chunk of the market is spearheaded by the US. The continuous and consistent efforts made forward by the manufacturers of the US to grow the market has contributed immensely to the overall proliferation of the North American region.The Asia Pacific region is expected to grow with the highest CAGR during the forecast period due to the presence of emerging countries like China and India.Market SegmentationThe global milk replacers market segmentation is classified in terms of the following key dynamics: livestock, type, source, and region.By type, the market divides into non-medicated and medicated types. The non-medicated segment holds the maximum share and leads this market category as per the research undertaken in 2017. However, in this forecast period, the growth of the medicated segment is expected to grow with the highest CAGR compared to the non-medicated segment. This is due to the growing concerns related to the prevalence of diseases among the young livestock.By source, the market includes non-milk based, milk based, and blended. This market classification is led by the non-milk based segment. The segment not only leads the market charts but is also expected to exhibit the highest compound annual growth rate in the forthcoming years of the forecast period.By livestock, the market comprises of swine, ruminants, and others. The ruminant segment is projected to hold the dominant share of the market during the review period. The segment will grow with the highest CAGR compared to other segments in this market category in the forthcoming years.By region, the milk replacers market covers North America, Europe, Asia Pacific, and the Rest of the World (RoW). The North American milk replacers market divides into the US, Canada, and others. While, in Asia Pacific, it narrows down to India, New Zealand, China, Japan, Australia, and the Rest of Asia Pacific. The European region segments down into Spain, the UK, Germany, France, Italy, and the Rest of Europe.For further information on this report, visit @ https://www.marketresearchfuture.com/reports/milk-replacers-market-7183Competitive LandscapeThe global milk replacers market includes a number of key players, including Vandrie Group (The Netherlands), Archer Daniels Midland Company (U.S.), CHS Inc. (U.S.), Cargill, Inc. (U.S.), Lactalis Group (France), Glanbia, PLC (Ireland), Nutreco N.V. (The Netherlands), Land O'lakes, Inc. (U.S.), Royal FrieslandCampina N.V. (The Netherlands), and Alltech (U.S.).June 2018, a new investment plan worth €3.3 million for built finishing as well as packing facility was announced by the Minister of Business, Heather Humphreys. The investment aims to begin the production of milk replacers in Ireland and is made by the dairy nutrition company named Volac.Related Report:https://www.marketresearchfuture.com/reports/fruit-vegetable-seed-market-3272https://www.marketresearchfuture.com/reports/fungicides-market-4832https://www.marketresearchfuture.com/reports/drip-irrigation-market-8252https://www.marketresearchfuture.com/reports/animal-growth-promoters-enhancers-market-5361https://www.marketresearchfuture.com/reports/plasma-feed-market-8304Contact us:Market Research Future (part of Wantstats Research and Media Private Limited),99 Hudson Street,5Th Floor, New York, New York 10013, United States of America+1 628 258 0071 (US)+44 2035 002 764 (UK)Email: sales@marketresearchfuture.comAbout Market Research Future:At Market Research Future (MRFR), we enable our customers to unravel the complexity of various industries through our Cooked Research Report (CRR), Half-Cooked Research Reports (HCRR), & Consulting Services. MRFR team have supreme objective to provide the optimum quality market research and intelligence services to our clients.