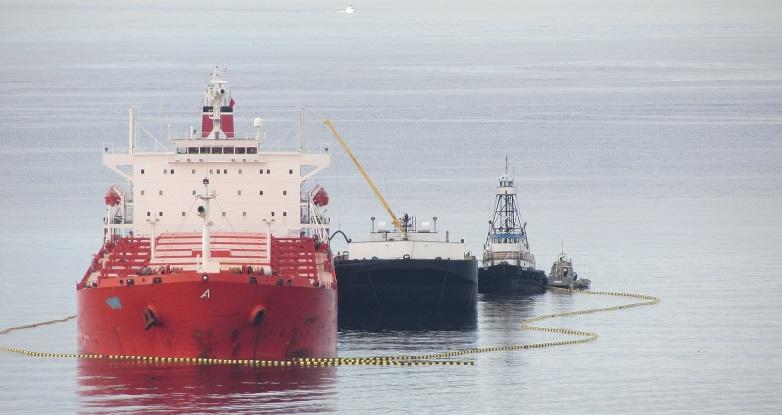 SDKI Inc. published a new report on the Global Bunker Fuel Market-Forecast 2022-2030. This study includes the statistical and analytical approaches needed to grow the bunker fuel market. The key industry insights provided in the report provide readers with better ideas about market overviews regarding existing market scenarios. In addition, the report contains a detailed discussion of current and future market trends related to market growth.Report sample URL https://www.sdki.jp/sample-request-106281The bunker fuel market is estimated to grow from a market value of approximately US $ 131.1 billion in 2022 to approximately US $ 173.7 billion by 2030, with a CAGR of 4.1% during the 2022-2030 forecast period. increase.Bunker fuel is fuel oil used for ships. It is pumped to the ship's bunker to fuel the engine. Ships mainly use three types of marine fuels: high sulfur fuel oil, low sulfur fuel oil, and diesel oil. Currently, heightened awareness to minimize environmental pollution and strict government regulations are expected to create opportunities for fuels such as LNG, diesel and LPG to replace the above bunker fuels. MO regulations on the sulfur content of offshore fuels and increased offshore oil and gas exploration activities are key factors driving the growth of the global bunker fuel market.In addition, the growing importance of LNG as an alternative marine fuel is expected to create growth opportunities in the global bunker fuel market. Vessels and shipowners choose the cheapest fuel oils available on the market, accounting for more than 65% of total travel expenses. As a result, vendors and manufacturers face dynamic competition in the bunker oil industry. This situation is also expected to provide an opportunity to achieve high margins due to emergency fuel requirements. Bunker oil is given to meet the fuel requirements of the port. Travel is the most preferred means of transportation for trade, so it requires a lot of fuel and must be refilled with tankers many times during the trip. This is expected to increase demand for bunker fuel during the forecast period.Sample URL for the report https://www.sdki.jp/sample-request-106281However, efforts by the shipping industry to minimize fuel consumption could curb growth in the global bunker fuel market during the forecast period.Bunker fuel market segmentThe bunker fuel market is classified by type (high sulfur fuel oil, low sulfur fuel oil, light oil for ships, etc.), commercial distributor (oil major, large-scale independent, small-scale independent), and application (container, bulk carrier, oil). Tankers, general cargo, chemical tankers, fishing boats, gas tankers, etc.), and divided by region. These segments are further subsegmented based on various factors and consist of some additional information about the market, such as the combined annual growth rate of each segment and subsegment, the market value and volume of the valuation period.Regional overview of the bunker fuel market The bunker fuel market is further subdivided based on the region, and the market growth of each country is evaluated. These include North America (US, Canada, and other North America), Europe (Germany, France, Italy, Spain, UK, and other Europe), Asia Pacific (China, Japan, India, Australia, Singapore, and others). Asia Pacific) and other regions.The Asia Pacific bunker fuel market is expected to grow at a considerable rate during the forecast period. This is due to the expansion of shipbuilding activities and the increase in interregional trade. Ongoing R & D projects and the involvement of many manufacturers in the industry have the potential to improve product acceptance. Increasing maritime trade in Southeast Asia, especially Indonesia and China, will further accelerate the industrial environment.A major key player in the bunker fuel marketKey players in the bunker fuel market include Exxon Mobil Corporation, Royal Dutch Shell Plc, Gazpromneft Marine Bunker LLC, BP ​​PLC, Lukoil-Bunker LLC, KPI Bridge Oil A / S, Chemoil Energy Limited, Bunker Holding A / S, These include Gac Bunker Fuels Ltd and Bomin Bunker Oil Corp. The survey includes a detailed competitive analysis of these major companies in the bunker fuel market, corporate profiles, recent developments, and key market strategies.Details of the survey report https://www.sdki.jp/press-details/global-bunker-fuel-market/196Contact UsHina Miyazu 15/F Cerulean Tower, 26-1 Sakuragaoka-cho Tokyo, Shibuya-ku, Japan + 81345720790 sales@sdki.jpSDKI Inc. Company ProfileSDKI Inc.'s goal is market scenarios in various countries such as Japan, China, the United States, Canada, the United Kingdom, and Germany. Is to clarify. We also focus on providing reliable research insights to clients around the world, including growth indicators, challenges, trends and competitive environments, through a diverse network of research analysts and consultants. With SDKI gaining trust and a customer base in more than 30 countries, SDKI is even more focused on expanding its foothold in other pristine economies.