Meet Arin Dez, the viral singer who made it to a Million.


Press release from: The Dropletz 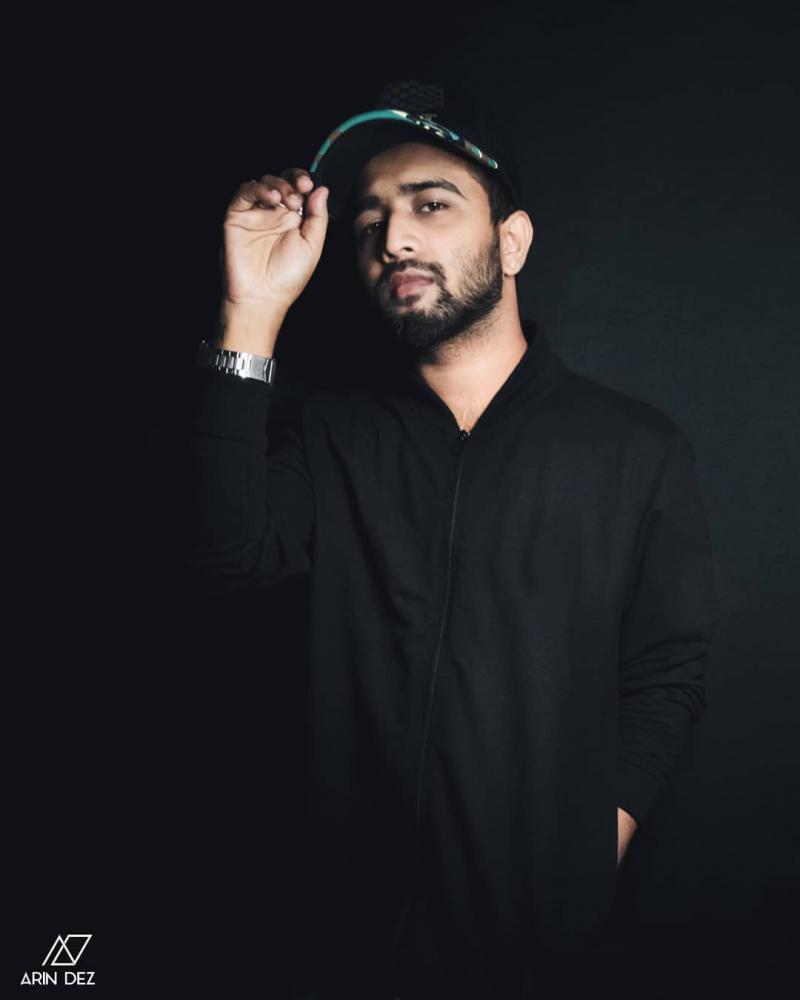 Arin Dez, an Indian singer, rapper and songwriter who is widely known for his viral track “Genda Phool Bengali remake” has recently made it to a million views on YouTube. Being born in the outskirts of Assam, India, this young talent ascended all the way up to impress the whole world with his voice and reached the milestone all by himself which is a dream for many.Arin Dez started his musical career in 2011. This self-taught musician has released multiple songs throughout the years but did not receive much attention. On 27th March 2020, he released the Bengali version of Badshah’s Genda Phool, which is exactly a day after Badshah’s release. Arin’s way of doing the remake attracted many listeners and managed to go viral within just hours of the release and finally garnered one million streams on YouTube. The remake went viral on YouTube, Facebook, TikTok and many other social media platforms and in addition to that also received appreciation from Badshah himself.He is very popular among the youth of his community for the type of songs he makes but this young talent has faced many obstacles and overcame a lot of barriers to reach his current position.Arin started to build an interest in music at the age of 16 but being born on the outskirts of the main city he couldn’t get any kind of help for his vocal training. He then started to do rapping but barely had any idea about the genre. His keenness about music made him learn about it all from the internet. Took him years of dedication but now this self-taught musician is liked by many for his voice and his type of songs. He did his graduation with a Bachelor of Technology and also got a job at Amazon but he then quit his job after two years as he was not able to maintain both music and work simultaneously and decided to do music full-time even though he was a struggling artist back then. He was in financial crisis for months but then his song went viral and opened a lot of opportunities for this young dreamer.He started to receive contracts and collaborations. His songs were aired on many national and international radio stations like All India Radio, Radio City, BBC Asian Radio, NWCZ Radio, etc and his songs also got featured on Times Of India, Rolling Stone India and many such. He also received an award from Sushmita Dev (A former member of the Lok Sabha) on National Youth Day. Now he is a full-time musician with multiple hits, a growing artist and an inspiration for many.To get in touch with Arin Dez follow him on Instagram: https://www.instagram.com/dezarinThe Dropletz House no. 8-7-94/140 1st Floor Road No. 7, Dwarka Nagar Colony Hasthinapuram, Hyderabad Pin Code: 500007 Contact: +917286987587 Email: management@thedropletz.com Website: www.thedropletz.comAbout Us:The Dropletz is an Electro-Pop Duo as well as an artist management company. It manages artists like Arin Dez and Fleep. Based out of Hyderabad, India the company is solely focused on providing new music for this new generation.

You can edit or delete your press release Meet Arin Dez, the viral singer who made it to a Million. here