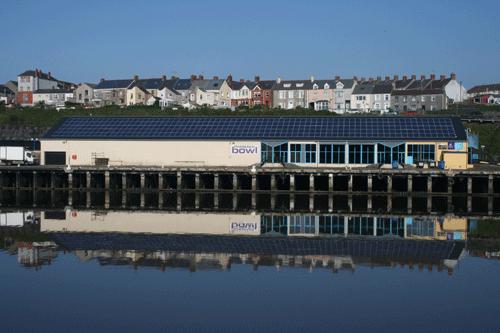 New research from business-to-business energy supplier, Opus Energy, suggests there has been a growing level of interest among UK businesses in generating renewable energy from their own premises versus 2011. One third of those surveyed by Opus Energy - 39%, up from 32% in 2011 - expect to introduce solar panels, wind turbines, hydro power or anaerobic digestion, for example, to their business, with almost half of these (48%) expecting to be generating their own renewable energy within a two year timeframe. This is a significant uplift since 2011, at which time just 26% were looking to introduce renewable energy within five years.In addition, a sixth (15%) of those surveyed are already generating renewable power. This is versus just 6% in 2011. SME business owners aged 55+ are most ahead of the game – 20% already generate renewable power on the premises. In line with these findings, Opus Energy is experiencing a growing level of interest from companies signing up to its renewable power purchase agreements (PPAs). Opus Energy’s PPA enables it to purchase businesses’ excess renewable power to supply to its customers. These agreements allow companies to generate additional income whilst powering their businesses, and bolstering their corporate social responsibility credentials. These advantages are highlighted in the Opus Energy survey, where the three main benefits stated by businesses for renewable energy generation were given as: • self-sufficient supply of energy (28%) • generation of additional income (23%), and • ‘doing our bit’ to tackle climate change (17%)Opus Energy announced its 500th renewable generator agreement in December, marking a significant increase in signings to its PPA compared to 2011. Amongst the recent signings is Knocknain Farm in Scotland which sells 100% of its 330KW wind turbine’s power – enough to power 37 SMEs for a year - to Opus Energy. Another signing from 2012 was with the Port of Milford Haven. This agreement sees Opus Energy purchasing power from solar PV systems across 13 of the Port of Milford Haven’s sites. This includes the Port’s flagship 100.8kW Phoenix Power PV Station - the largest integrated solar PV system in Wales - located on the roof of a tenpin bowling centre.When asked what would encourage businesses to generate renewable power themselves, the majority of those surveyed highlighted income: • a government grant or subsidy to help set something up (52%) • if it could be proven that it would make money (46%), and • if the government introduced extra taxes/penalties for not doing so (23%)Charlie Crossley Cooke, Managing Director, Opus Energy, comments on the research findings: “It is great to see companies warming up to the idea of powering their businesses by generating their own renewable energy. The Opus Energy renewables team looks forward to working with companies to help them realise the extra revenue and benefits that they can gain from entering the renewables market.”EndsNotes to editors: • Survey based on YouGov data: December 12th, 2012 • Field dates: 12th to 19th December 2012, 1000 SME respondents • Knocknain Farm case study available upon request • Photo shows Port of Milford Haven’s flagship 100.8 kW Phoenix Power PV Station. Please credit image: Image courtesy of Mark West, The Green Electrician, South WalesAbout Opus EnergyOpus Energy is the UK’s leading business energy supplier. The company was founded by Charlie Crossley Cooke in 2002 and now employs 450 people over its Northampton and Oxford-based offices.Opus Energy supplies more than 150,000 business locations across the UK with power. Customers include: White Stuff, Paperchase, Stagecoach, Pizza Hut and Virgin Media.In addition to supplying energy, Opus Energy also purchases power from over 500 renewable generators in the UK which it then supplies to its customers.The management team has a 50 per cent stake in the business, while GDF SUEZ holds 30 per cent and Telecom Plus Plc has 20 per cent.For further information about Opus Energy, please visit www.opusenergy.com.For press enquiries, please contact: Ant Moore FTI Consulting T. 0207 269 7267 E. ant.moore@fticonsulting.comOpus Energy Royal Pavilion 2 Summerhouse Road Moulton Park Northampton NN3 6BJ

You can edit or delete your press release Opus Energy research: renewable energy generation shifts up a gear here

09-20-2013 | Energy & Environment
Opus Energy
Opus Energy weighs in with sponsorship of Chantelle Cameron, next rising star of …
B2B energy supplier Opus Energy has announced its sponsorship support for Northampton-born female boxer Chantelle Cameron. Chantelle will join Daniel Keatings, gymnastics World silver medallist and European champion, in a line-up of sporting talent being supported by Opus Energy as it looks to develop potential of all types in the local community. Chantelle is currently on the Great Britain women’s boxing programme training full time in the lightweight (60kg) weight class.
04-10-2013 | Energy & Environment
Opus Energy
Opus Energy announces apprenticeship intake in partnership with Northampton Coll …
Northampton-based Opus Energy has announced it will be awarding ten new NVQ Apprenticeship positions to local people in 2013, five of whom will start working at the company during National Apprenticeship Week on 11th March. The announcement follows the successful launch of Opus Energy’s apprenticeship scheme last year, when 11 apprenticeship roles were awarded. In order to fill the ten new positions, Opus Energy is working closely with Northampton
02-27-2013 | Leisure, Entertainment, Miscel …
Opus Energy
Opus Energy organises charity band night in Northampton
A headline act from the Northampton music festival, Whiteroom, has announced that it will be joining other bands from Northamptonshire at a charity gig night - Opus Rocks - organised by Northampton-based Opus Energy, on Friday 8th March at the Picturedrome, Northampton. The Cystic Fibrosis Trust has been Opus Energy’s chosen charity since 2010, during which time over £40,000 has been raised for the cause. The money is used to help
02-26-2013 | Energy & Environment
Opus Energy
Opus Energy is sponsoring the Energy Live Consultancy Awards
Business-to-business energy supplier, Opus Energy, is proud to announce its sponsorship of the Industrial & Commercial (I&C) Most Innovative Consultancy category at this year’s Energy Live Consultancy Awards. The awards, launched this year, aim to recognise the work done by consultants and set a standard for best practice. The entry criteria are challenging and entrants will be judged by an independent panel of experts. Winners will be announced at a ceremony