First Book of Cartoons from The Oddness Pushes Boundaries of Satire 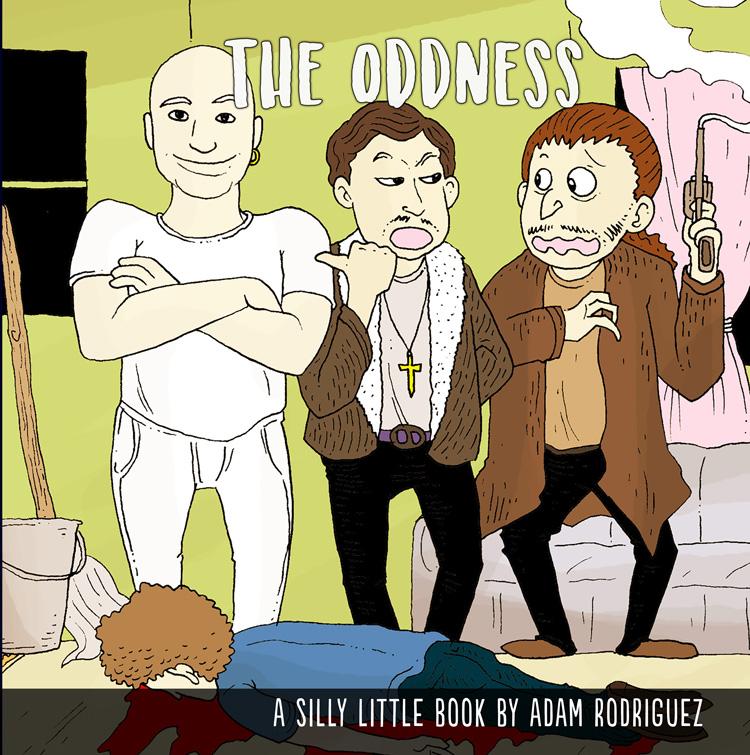 The Oddness: The First Sighting

New York based writer Adam Rodriguez is releasing the first edition of collected work from his popular web comic, The Oddness. Satirical,and at times twisted, this cartoon series has steadily gained popularity among fans of classics such as Bizarro and The Far Side.“The Oddness has been around for a few years now,” says Rodriguez. “But this is the first time that I’ve gotten around to putting a book together. I’m a terrible procrastinator, and while my next book might very well be called ‘The Seven Habits of Highly Ineffectual People’, this small book will be a good introduction to the series.”Not afraid to touch on topics such as religion, the 2020 election and the pandemic lockdown, Rodriguez is hopeful that his readers can agree to find some humor in the divisive issues of our times. “There are a lot of really random, silly cartoons that I think everyone can appreciate,” Adam said. “But as a writer and comedian who grew up loving people like George Carlin, I need to explore some more thought provoking issues as well.”The Oddness: The First Sighting, the full color print edition, is now available for order on Amazon.com, with the Kindle E-book set to follow soon.Amazon listing: https://amzn.to/3ywAVCTFor press inquires, please contact: adamjrodr@gmail.comZen Media c/o A. Rodriguez 100 Carr. 115 Unit 571 Rincon, PR 0067Zen Media is a small digital agency specializing in creative projects in the entertainment and digital media agency.

News-ID: 2503897 • Views: 411
Comments about openPR
OpenPR ist the nicest and most clearly laid out PR platform I have seen to this day. The press releases are displayed very nicely and clearly and without any unnecessary frills. The updates are fast and the finished release looks appealing and is clearly legible. Even with 16 years of experience one discovers new things from time to time. Congratulations!
Gabriele Ketterl, Director Marketing & PR, Menads