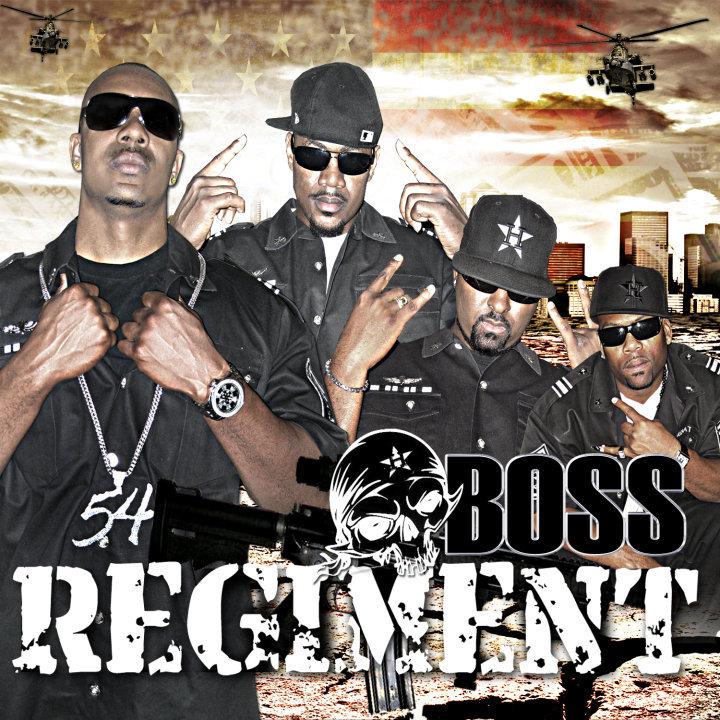 BOSSREGIMENT is taking the Hip Hop Industry by storm and plans to take their music global. This extraordinary group of talented artists from Houston, TX has been working the underground rap game for years. They are considered the Uncrowned Kings of the Dirty South. Hard work and dedication has paved the way for BOSSREGIMENT to take their music overseas. They have been getting massive airplay, club spins, and are working to link up with the major Nigerian TV Stations.Currently BOSSREGIMENT is working on a 3 part mix tape collection called “The Trillogy.” This Classic Album was cleverly named to reflect each individual part. 1. The Sickness 2. The Cure 3. The Prescription This Epic Album is a statement from Boss Regiment to show they spit sick and addicting lyrics that captivate their listeners on a global scale. Boss Regiment believes in high quality media and professionalism. This group has impressive lyrical content and extremely catchy hooks. BOSSREGIMENT can be found on all the Hip Hop sites such as Reverbnation, coast2coast, datpiff, and the list goes on. Their newest video titled “I Stay Busy” is taking off on the internet, with over almost a hundred thousand views in the first few weeks. “The rap industry has been given a gift, and the name of this Gift is BOSSREGIMENT. This group is destined to make a huge dent in the music industry and possibly the world.”Rap Indie Report covers stories on undgeround rap artists that bring new sounds to the industry and possibly the next big thing.Ross Marshalls 9449 Briar Forest Houston, TX 77063 832-212-2221

News-ID: 250167 • Views: 2060
Comments about openPR
We publish our press releases on openPR.de because we like people who are "open" - just like us.
Frank Obels, CEO, INCONET - Informationssysteme, Communication und Netzwerkberatung GmbH