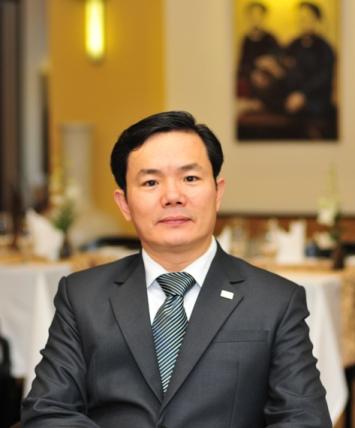 HUE, Vietnam — Twenty years after Vietnam emerged from decades of war and privation, lighting up on the radar screens of travelers worldwide, maturation of the country's hospitality industry reached a new milestone this month as La Residence Hotel & Spa appointed Phan Trong Minh as its new general manager.The Hue native succeeds a string of foreign general managers and marks a turning point in Vietnam's hospitality industry. "For so many decades, Vietnam's hospitality industry lay dormant, preoccupied as it was by the First and Second Indochina Wars, and then a decade and a half of really really tough times after 1975," said Kurt Walter, group general manager of Apple Tree Group Hospitality, an owner of La Residence Hotel & Spa. "There was no Lausanne School here, no Cornell, and for so long, no hotels of world class stature to groom the ranks of local management. But those days are over." Today, he said, foreign travelers can be the beneficiaries of world class accommodation and local management. La Residence Hotel was lauded by Condé Nast Traveler on its Hot List in 2007 and one year ago won a place as one of Asia's top 20 resorts in Condé Nast Traveler's Reader's Choice Awards. Minh’s journey to the top spot at La Residence began in the former Czechoslovakia, not as a hotelier but as an assembly line worker in a company that manufactured electric goods. “This was back in 1982,” said Minh. “I’d just graduated from high school, and Vietnam was still struggling to develop its economic foundation. So, like so many Vietnamese of my generation, I went to Eastern Europe.” After six years in Europe, Minh returned to Vietnam and in 1993 started work as a waiter at the Century Hotel, then one of the city’s top three hotels. Two years later, he transitioned to a job as a receptionist, and then on to work as a front office supervisor. After 12 years at the riverside hotel, Minh worked two years in management at another top Hue hotel before joining La Residence in 2007 as the front office manager. Aside from his native Vietnamese, Minh is fluent in English and speaks basic French. He is certified in small hotel management, and as a trainer for human resources and front office operations with the Vietnam Tourism Certification Board. Unlike so many general managers at the country’s top hotels, Minh was born in the city he now represents as its leading hotelier. Like many from Hue, he is passionate about his city, and the role his family has played in its heritage, and the preservation of that heritage. One of his family members is a renowned historian and an aunt is the great-granddaughter of Emperor Dong Khanh. “Minh is born of an old Hue family,” said Walter. “This adds an incredible dimension to the guest experience at La Residence.” ABOUT LA RESIDENCESet on a two-hectare site with 200 meters of frontage on the fabled Perfume River, La Residence celebrated its grand opening in December 2005 after a painstaking restoration of the former colonial governor’s residence. The hotel’s distinctive bowed façade, its long horizontal lines and nautical flourishes are hallmarks of the streamline moderne school of art deco architecture. The hotel’s 122 rooms and suites, restaurants, lounges, bars and conference room are tricked out in complementary art-deco furnishings and décor that evoke both the 1920s and 1950s. The hotel’s fine-dining venue, Le Parfum, serves Mediterranean and French cuisine, as well as dishes from an expansive Vietnamese menu. Its conference facilities, including board rooms, can accommodate 140 guests. For hotel reservations, contact La Residence at (84 54) 3.837.475 or resa@la-residence-hue.com. Visit the hotel website: www.la-residence-hue.comStep back in time. Indulge in the comforts. Bask in the serenity. La Résidence Hôtel & Spa in Hue, Vietnam. An enchanting boutique hotel on the banks of the Perfume River overlooking the former Imperial Citadel.Balcony Media Group - Hue Office Address: 16/66 Xuan Dieu Street, Hue City,Vietnam 16/66 Xuan Dieu, Hue, Vietnam Phone (VN): +84.54.3931.090 www.balconymediagroup.com

02-18-2021 | Advertising, Media Consulting, …
Ken Research Pvt Ltd
Vietnam Agriculture Market, Vietnam Agriculture Industry, Vietnam Agriculture Li …
Agriculture has always been of pronounced importance for Vietnam, as feeding the realm’s largest population is not a relaxed task. The Vietnam government has been associate the agriculture industry with a number of policies, demanding to alleviate the output and seeking methods to ensure the sector is developing healthily and sustainably. The Vietnam federal government has been decidedly supportive of agriculture for decades, and there is extensive political consensus as
05-22-2018 | Advertising, Media Consulting, …
Spire Research and Consulting
Vietnam automobile lubricant market beckons
With automotive lubricant demand rising from 2.6 million liters (in 2015) to 4.1 million liters (in 2021), global and regional manufacturers are taking notice of the Vietnam market. How can brands win in this market? Leon Perera, Chief Executive Officer of Spire Research and Consulting, shared his insights on key trends in the Lube Report Asia magazine. With many players competing in the Southeast Asia market for motorcycle lubricants, leaders will
06-12-2017 | Industry, Real Estate & Constr …
ReportsWorldwide
Agrochemicals Market in Vietnam
ReportsWorldwide has announced the addition of a new report title Vietnam: Agrochemicals: Market Intelligence (2016-2021) to its growing collection of premium market research reports. The report “Vietnam: Agrochemicals: Market Intelligence (2016-2021)” provides market intelligence on the different market segments, based on type, active ingredient, formulation, crop, and pest. Market size and forecast (2016-2021) has been provided in terms of both, value (000 USD) and volume (000 KG) in the report. A
09-12-2016 | Politics, Law & Society
ITI-HOLIDAY
Environmental disaster in Vietnam
In Vietnam occurred the biggest environmental disaster since the deployment of Agent Orange by the Americans during the Vietnam War. It happened almost unnoticed by the world while Europe was busy with the refugee crisis and America with the forthcoming presidential elections of the USA. The perpetrators of the environmental disaster come from abroad and are supported by the Vietnamese politicians, similar as it was happen at the Vietnam War. "
09-08-2016 | Tourism, Cars, Traffic
ITI-HOLIDAY
Tourists killed in Vietnam
Vietnam belongs for tourists to the most popular and safest travel destinations in the world, as long as one can believe officially widespread reports. However, this information may not been longer current since a long time. More and more tourists in Vietnam were killed at criminal offenses as well by tragic accidents. These accidents occur mostly due to insufficient checking for compliance with statutory safety regulations by the Vietnamese authorities.
09-18-2012 | Tourism, Cars, Traffic
RNCOS E-Services Pvt. Ltd.
Booming Tourism Sector in Vietnam
RNCOS has recently added a new Market Research Report titled, “Booming Tourism Sector in Vietnam” to its report gallery. Vietnam has become one of the most popular tourist destinations in the South-east region. The country’s tourism industry has been growing unprecedentedly over the past few years with rising domestic as well as international tourists. The travel & tourism industry accounted for 10% of the GDP in the Vietnamese economy during
Comments about openPR
OpenPR is clearly structured and remains true to its principle of confining itself to the essential parts. OpenPR has proven to be a very good and reliable partner to our media agency: Within the shortest time the releases are online and go down well with the media representatives. The success of OpenPR is reflected in the steadily increasing number of press releases. It is good that OpenPR exists!
Ursula Koslik, Director Marketing & PR, F+W Hamburg