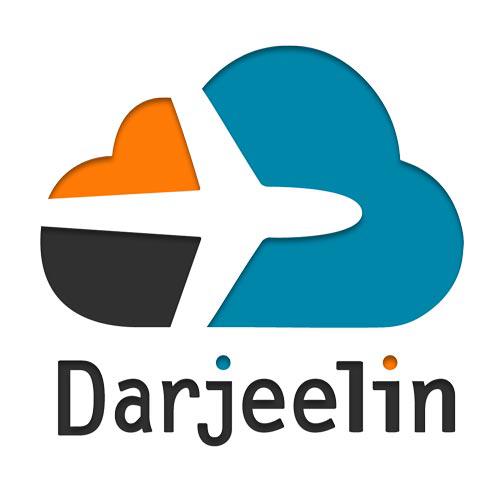 For the first time in Europe, a startup offers travelers to crowdsource their flight search to a community of experts competing to find the best fare. Paris, France, December 19th 2012. An innovative solution to avoid getting lost in the myriad of different players and promotional offers, and save a considerable amount of time … and money (an average of 25% on long-haul flights). Darjeelin offers its users to save time and money by outsourcing their flight search to an expert community – frequent flyers, experienced travellers, professional travel agents – who make use of all their know-how and compete to find the best flights. With the advent of OTAs (Online Travel Agencies), the success of low-cost companies and the thousands of special promotional offers flooding the web, searching for flight tickets can be very tricky for the layman, take a considerable amount of time and lead to disappointing results. Darjeelin has gathered an expert community to help users travel in a smarter way. Darjeelin experts know all the tips and tricks of flight search (“flight hacking”) and are capable of being extremely creative to find airfares 25% cheaper than traditional OTAs and metasearchers. So how does it work ? Darjeelin links every user looking for a flight ticket with four experts, who will compete to find the best ticket or ticket combination on the web. This is called a “flight contest”. During three days, the user receives “flight proposals” from his “flight experts”. The user then selects the best flight proposal and the expert is awarded the “contest fee”. To launch a flight contest, users pays a fixed fee of 20 €. Winning experts are awarded 15 €. Bringing “crowdsourcing” to the travel and flight search sector Crowdsourcing (which consists in outsourcing a service to the “crowd” on the internet) has already consistently changed other sectors with well-know examples like Kicktstarter (funding), Wikipedia (content) or 99designs (design). Darjeelin to reshape flight searching thanks to the help of the crowd. “Ariplane ticket distribution evolved too quickly from a brick and mortar shop to dematerialized online platforms. In the process, the know-how of human travel agents was lost. We believe in a hybrid solution: human experts who are reachable through a web interface”, says Thibault Lorcy, co-founder of Darjeelin. “The power of our concept lies in aligning the interests of both our travel experts and users (travellers): finding the best airfare; and that’s only possible though crowdsourcing”, adds Charles Guilhamon, the other co-founder. An original launching operation in Beauvais airport Last Friday (December 14th, 2012), the startup was in Beauvais airport to meet travellers and potential users, and appear as a new non-conformist actor. Remember Suzy McLeod (Newbury, Berskhire), this holidaymaker who complained last August, that she was charged 300 € by low cost company Ryanair to print out five boarding passes on a flight home from Spain ? Her post on facebook had been backed by 500 000 people. (source : Telegraph) The Darjeelin team, brought along a table and a printer, and offered passengers who had forgotten to print their flight tickets to do it for them, thus saving them the 60€ charge. The message was simple: “Let’s get smarter together !” In short, Darjeelin provides : - savings of hundreds of euros on long-haul flights, compared to traditional agencies or metasearch engines - major time saving - competition between experts, which in turn guarantees the best price for the user - a human powered flight search engine, which means that experts and users engage on the forum More information on: www.darjeelin.com About Darjeelin Darjeelin, which was founded in 2012 by Thibault Lorcy and Charles Guilhamon, with respective strategy consulting and entrepreneurship backgrounds, promotes a smarter way of travelling, thanks to the power of the crowd. Darjeelin 27 rue du Chemin Vert 75011 Paris FRANCE www.darjeelin.com Press contact: Charles Guilhamon: +33 6 66 33 91 23 – c.guilhamon@darjeelin.com

01-05-2022 | Advertising, Media Consulting, …
Prolific Logo
Rebate for All Logo Designs – Prolific Logo – Logo Design Agency Promises to …
Need to convey an interest group more with less? Logo configuration is the initial step for making a remarkable brand character Seattle, Washington, January 01, 2021 (prolificlogo.com) - Prolific Logo reports a 15% rebate on every logo configuration administration and gives organizations an extraordinary opportunity to make their image character a momentous one. In view of the venture, scope, kind of business, customer investigation, creativity, and development, Prolific Logo will try
11-23-2021 | Energy & Environment
Pentagon Carpet Cleaning
Pentagon Carpet Cleaning Modernized Its Logo
Pentagon Carpet Cleaning presented a new company logo Alexandria, VA (November 2021) – Pentagon Carpet Cleaning is a true partner to every family and business when they decide to have a clean and disinfected space. This company has well-organized workers who give their best to maximize the efficiency of cleaning procedures making every client completely satisfied. These days, some important news has come from Pentagon Carpet Cleaning. Namely, this company has
02-25-2019 | IT, New Media & Software
Logo Design Agency UK | Logo Champ
Logo Design Agency in UK | Logo Champ
There are piles of agencies in the UK Which are providing the logo design services yet our Logo design agency is very renown in the UK on account of we have a plethora of experienced employees who are giving the proper time to our clients and they all are very satisfied our agency. On the other hands, we have millions of customer all around the world who are with us since
12-03-2018 | Advertising, Media Consulting, …
Dream Logo Design
Dream Logo Design Offers Highly Professional Logo Design Service at the Most Aff …
Dream Logo Design, a reputed IT firm in Kolkata, is offering high-quality logo design service at the most affordable cost. The company is mainly known for creating a highly professional logo design, however, they also offer other design services including web design, brochure design, infographics, icon etc. Dream Logo Design was founded in the year 2004, and since then the company has been providing a wide range of professional digital
07-29-2011 | Advertising, Media Consulting, …
ShoppersChoice
ShoppersChoice.com Unveils New Logo
ShoppersChoice.com, the leading online retailer specializing in bbq grills, patio furniture, firepits, gas logs, and more, has recently changed their corporate logo. With this new marketing concept, ShoppersChoice.com aspires to reinvent itself by changing its design to reflect its new branding. "ShoppersChoice.com is committed to growing and learning as a company." says their Executive Coordinator, Christine Assaf. "Our new logo reflects on what our company has become in the past 11 years;
05-11-2011 | Business, Economy, Finances, B …
Axiom Consulting
Axiom Consulting Unveils New Brand, Logo
For Release Media Contact: Rodger Roeser, APR The Eisen Agency
Comments about openPR
Your portal is fast, simple, and easy to use. Others may have more functions but they also demand more editing time, you have to preformat the text in order to achieve a good result etc. I think openPR is really fantastic!
Andreas Knepper, wallmedien AG